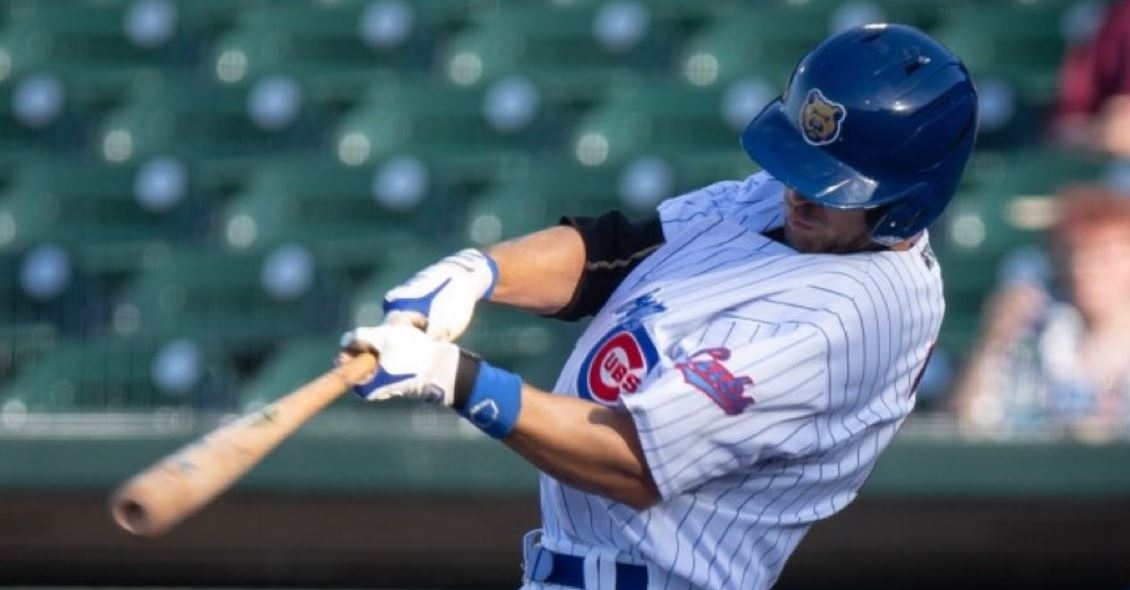 The results were not pretty on Friday as the Cubs system went just 2-5 on the night. However, unlike most nights where you focus on the prospects playing, this was a night where rehab stints took center stage.

Not only was Seiya Suzuki continuing his rehab outing in Iowa, but the ACL Cubs had plenty of new faces making rehab stints of their own, including Miguel Amaya and Steven Brault. With the draft coming in two weeks, these rosters will look way different before the end of the month, and it will be fun to watch what happens next.

The only team that no one wants to face now happens to be the Columbus Clippers. This makes three consecutive double-digit outputs, and this Clippers team has now scored double-digits in four of their last five and nine of their previous 11 games.

Cam Sanders was the latest victim of this high-powered offense as he allowed six runs in just 2 1/3 innings. Blake Whitney relived him and looked in his three-plus innings, while the rest of the bullpen was shaky at best. Xzavion Curry didn't have to be at his best, but when given 13 runs of support, you don't have to be, as he allowed two runs in five innings.

Sanders was able to keep the Clippers off the board through two innings until a six-run third put Iowa in the hole for good. Will Brennan, Bobby Bradley, Nolan Jones, and Alex Call had RBI hits in that inning with a bases-loaded walk mixed in. Darius Hill continued his fantastic run with Iowa by going deep in the fourth, but Iowa was still down 6-1.

Levi Jordan added an RBI single in the bottom of the fifth, but the Cubs were still down 7-2. That was until the Columbus offense went off for six runs in the next two innings, with four coming off the Jones grand slam in the eighth inning to make things 13-2. Jackson Frazier would add a homer in the bottom of the ninth, but the Cubs still lost 13-4. With two hits, Hill brought his average to .379 as he continues to lead the offense. Seiya Suzuki added a double and is now 3-6 during his rehab stint.

Although the pitching has set the tone for most of this series, that was not the case on Friday as the Trash Pandas evened the series up with a win. Chris Clarke gave the Smokies the innings they needed with 5 1/3, but it doesn't do much good when you allow five earned runs.

As rough of a line as that was, it is deceiving as Clarke was excellent through five innings. Bradlee Beesley gave the Smokies a 2-0 lead with a double in the second.

Bradlee Beesley with a 2RBI double to put the Smokies on the board! Smokies up 2-0 in the bottom of the second. @Bradleelow pic.twitter.com/jpyUhha7PV

It was followed by the Jake Slaughter homer in the third saw Clarke holding a 3-0 lead entering the fifth.

Slaughter with his 10th home run of the season!!! Smokies lead 3-0 in the bottom of the 5th. pic.twitter.com/FqdC8FaRBA

With Bryce Windham pulling the Smokies within one run in the sixth, it was Matt Mervis staying red hot, using his 12th homer to tie things up 5-5 in the seventh. That didn't last long as a bases-loaded walk in the eighth put the Trash Pandas up for good while a wild pitch gave them a huge insurance run to cap off the 7-5 win. Beesley, Slaughter, Mervis, and Cole Roederer paced the offense with two hits.

Final score brought to you by Craven Wings. pic.twitter.com/yu2Zq4Cw14

The Cubs are going streaking as they officially clinched the series with Beloit and ripped off their ninth straight win. Joe Nahas was ok across five innings, allowing four runs (3 earned), but it was the offense that took center stage.

Down 1-0 in the fourth, South Bend started to awaken offensively as they took the lead in that inning. With a passed ball tying things up, an Owen Caissie single and Fabian Pertuz double put the Cubs in front 3-1. Not about to go down quietly, Ynmanol Marinez picked up an RBI groundout before the fifth inning Jose Salas single put the Sky Carp back in front 4-3.

With Pertuz tying things up in the sixth with a sacrifice fly, Marinez put Beloit back in front using his ninth homer to make things 5-4. Down, but not out, Pete Crow-Armstrong was about to take center stage, using an RBI triple in the seventh to put the Cubs on top for good and then adding an RBI double in the ninth. Yeison Santana provided the Cubs with some huge insurance as his RBI single extended the lead to 8-5, which is what the final score ended. It has been a slow start since coming off the IL, but Crow-Armstrong was dialed in with four hits in the win.

One night after becoming the first minor league team to reach 50 wins, the Pelicans were locked into another great battle as they went into extra innings again. Unlike most of their games that ended in the 10th, this was the second time the Pelicans would reach the 11th inning. Josue Huma stayed red hot in that inning, using a single to walk off the River Dogs 4-3.

Luke Little got the start, and despite allowing two runs in two innings, he came away with six strikeouts. Tyler Santana relieved Little and tossed six shutout innings to keep them in the game and gave the offense a chance to make something happen.

Little allowed both of those runs in the first inning when Willy Vasquez delivered an RBI triple for the quick 2-0 lead. The Pelicans used the long ball to draw even with Kevin Made going deep in the second and Jacob Wetzel in the third.

Trailing 3-2 in the eighth after a costly error earlier in the game, James Triantos continued the long ball fun as the Pelicans third homer of the day brought things back to even 3-3.

The No. 4 @Cubs prospect ties it up in the 8th for @Pelicanbaseball. pic.twitter.com/FUrkJAyN8P

That homer helped send the game to extras where the Pelicans were looking to walk things off. With two on and two-out, Huma came to the plate and did what he needed to do as his single capped off the walk-off win to lift the Pelicans 4-3. Huma continues to tear the cover off the ball with three hits, while Made added two.

Baseball is a challenging game, and right now, wins are difficult to find for this team. Making a start on a rehab assignment was Sam Thoreson, as the righty allowed four runs in the first inning. That was followed by a scoreless frame from Didier Vargas and Steven Brault, who also made his season debut. Apart from that, the back end of the pen was not good as the Padres offense was stellar.

With Joshua Mears putting the Padres in front 1-0 with a double in the first, they continued to keep the pressure on by bringing home three more runs in the second to make things 4-0. That score would hold until the fourth, when Moises Ballesteros went deep again to make things 4-2. Ballesteros would add a second homer later in the game as he continues to climb up the prospect rankings.

That second homer came as part of a massive sixth inning as the Cubs offense was alive and kicking. Christian Olivo picked up an RBI groundout to make things 6-4, but the Liam Spence homer brought things back to even 6-6. The long ball continued to benefit the Cubs, with Cristian Hernandez going deep for the second time this summer, with the Cubs now leading 7-6.

Tied at seven and entering the eighth, Mears came through with another clutch RBI double as the Padres were back in front 9-7. Carlos Morfa did his best to keep the Cubs close with a single in the bottom half of the eighth, but the Cubs would fall 9-8. Ballesteros may have stolen the show again, but all eyes were on Miguel Amaya, who was appearing in his first game since Tommy John. Although he went hitless, he looked good out there, and now the Cubs will monitor his status.

Another day and another tough loss for the DSL Red squad, who fell to the Mets again. Freilyn Silverio allowed two earned runs in three innings, but the rest of the Cubs pitching was strong. Silverio fell behind 2-0 in the second, allowing a double to Frederick Marte and then adding a wild pitch.

Eliza Chalas tried to keep things close with a single in the bottom of the second, but another wild pitch gave the Mets a 3-1 lead in the third. Alexis Hernandez answered that Wild Pitch with a solo shot in the third before Erbin Jaque tied things up with an RBI groundout in the fifth. However, the Mets got the last laugh with Yohairo Cuevas delivering the game-winning sacrifice fly in the sixth.

Although the DSL Blue team has the worst record among Rookie League teams, they played well in their Friday loss. Gabriel Agrazal was lights out in his five innings, allowing just four hits and striking out five to lower his ERA to 0.86. His outing was followed by Wellington Quintero, who gave the Cubs three more scoreless frames before the Santiago Gomez homer in the ninth gave the Yankees a 2-0 walk-off win.