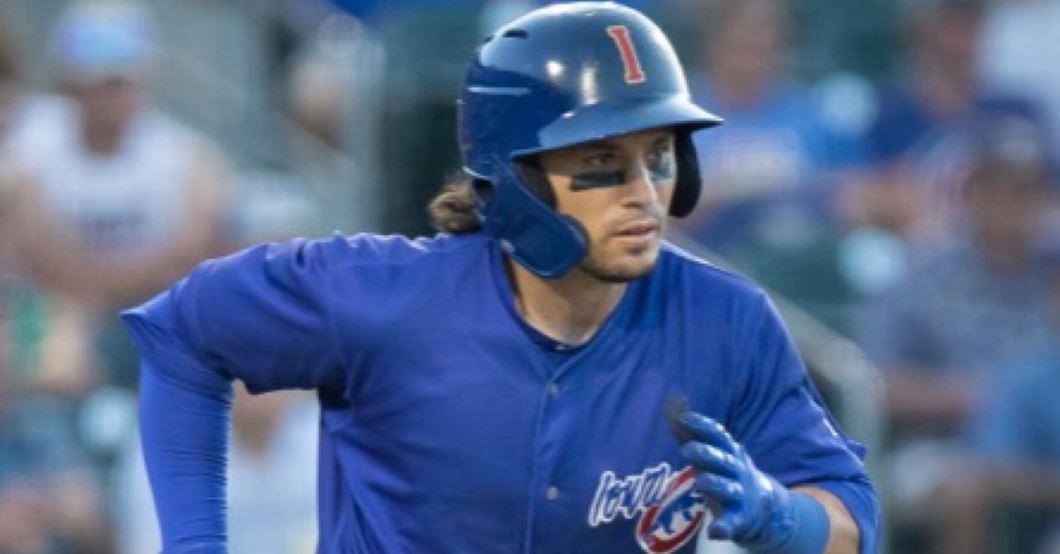 The Cubs system looked to close out the holiday weekend with a bang, and I don't mean by watching the fireworks fly. After a perfect 6-0 night on Saturday, the Cubs were back to their winning ways posting another perfect night on the diamond 4-0.

That is precisely what the system had in mind as they continue to play exceptionally well to open the month of July. It may have taken a little bit for these teams to find their stride, but if this week is any indication of what to expect going forward, wins are going to start coming in bunches.

It has been a while since Iowa could say they won a series, but after finishing off the Indians 5-2 on Sunday, they have won a series. Adrian Sampson delivered his second consecutive strong start against the Indians, going six innings and allowing just two earned runs on seven hits to go with four strikeouts. He gave way to a trio of bullpen pitchers as Tommy Nance, Ben Leeper, and Manuel Rodriguez did what they needed to do to pitch Iowa to the win.

After a scoreless first inning, Iowa got the offense rolling in the second as Tony Wolters connected for his third homer of the season.

Since returning to Iowa, Wolters has played exceptionally well, hitting near .300. Two innings later saw the Cubs bust the game wide open as they used a three-run fourth to jump in front 5-0.

Tyler Ladendorf got things started with an RBI double as he brought in a pair with that hit. Ladendorf would later come around to score on a Dee Strange-Gordon single, and Iowa was up 5-0. Although the Cubs offense wouldn't score from that point on, they did enough early damage to pick up the win as their pitching was strong all game long.

Christian Bethancourt capped off his big series with a solo homer in the fourth to put the Indians on the board, While Cole Tucker worked a bases-loaded walk in the fifth to cap off the scoring in a 5-2 Cubs win. With only six hits, the Cubs made them count as six different players picked up a hit. Joining Wolters, Ladendorf, and Strange-Gordon were Alfonso Rivas, Trayce Thompson, and Vance Vizcaino. Nick Martini and Abaiatal Avelino went hitless.

We took the series with a 5-2 win over Indy! We will be back at Principal Park on Tuesday at 6:38 for our Fourth of July celebration. pic.twitter.com/LZrUFhbi0l

The Smokies had to play catchup against Rocket City, but that didn't seem to bother them as they capped off an impressive series with a 7-6 win. Cam Sanders had a rough go of things allowing six runs in just four innings of work, but he was backed by an offense that got him off the hook.

Give credit to the Smokies bullpen, as the quartet of Brandon Hughes, Wyatt Short, Bryan Hudson, and Ethan Roberts allowed just three hits in five innings of work as the Smokies offense went to work late and picked up a comeback win.

Izzy Wilson put the Trash Pandas in front early as he connected for a two-run shot off Sanders in the first. Following a Zach Davis sacrifice fly in the second, the Trash Pandas responded with four unanswered runs, including three in the fourth inning to put the Smokies in a 6-1 hole. That damage was done courtesy of a Torii Hunter three-run shot as the long ball hurt Sanders in this one.

Down but not out, Brennen Davis began the comeback attempt as his third homer of the season had the Smokies within 6-2 in the fourth. Tennessee continued to battle back with Carlos Sepulveda, picking up an RBI single in the sixth before Nelson Maldonado fly out turned into an error to make things 6-5. Davis kept the line moving a few pitches later as his RBI double tied things up 6-6.

With the game still tied and the Smokies taking their at-bats in the eighth, Tim Susnara came through with a huge sacrifice fly putting the Smokies in front 7-6. Roberts then came in to finish off the comeback in the ninth as the Smokies picked up one of their more impressive wins of the season.

Jared Young had a night to remember at the plate, going 4-5 as he continues to swing a hot bat since returning. Maldonado and Davis each collected a pair of hits, with four others picking up one hit in the game. Christopher Morel was held hitless, but did take a walk out of the No. 2 spot.

It was nice to see the South Bend pitching steal most of the attention this series, and they did that again on Sunday. Despite an offense held to just three hits, they made those hits count as Chris Kachmar and Tyler Suellentrop anchored what was a dominating pitching performance by the Cubs.

Offensively, the Cubs needed just one inning to get the damage done, picking up all three runs in the third. Josue Huma earned a one-out walk in that inning before being erased on a Delvin Zinn fielders' choice. Add in an Edmond Americaan single, and the Cubs had a pair of runners on base with two outs. South Bend is not known for home runs as they rank near the bottom of the league in homers, but Nelson Velazquez is the one player who has made teams pay as he connected for his 10th shot of the season, putting the Cubs up 3-0.

The rest of the game was all about the pitching as the Cubs offense mustered just one more hit the rest of the way. Lake County had a shot to pull closer in the sixth as Sullentrop was struggling with his command. Fortunately, he made the pitches he needed to make, and South Bend capped off the series with a 3-0 win.

Americaan picked up a hit to go with Velazquez and his two hits as they provided all the offense for South Bend. Delvin Zinn and Yonathan Perlaza went hitless in the loss.

South Bend takes the finale in shutout fashion! Tanner Jesson-Dalton struck out two batters in the ninth to earn his first save of the season, and the Cubs head into a 12-game homestand on a high note!#SBCubs | #CubTogether pic.twitter.com/LWqRR46yOU

Talk about a team ending their weekend with a bang. The Pelicans brought out the whooping sticks on Sunday, pounding Down East 12-3 for the win. After a slow start to the season, Didier Vargas is starting to get on a roll as he allowed three runs on six hits in five innings of work. What stood out the most was his command, as he walked zero and struck out a career-high 10 hitters.

It was the Dustin Harris show for the Wood Ducks, as he provided all the Down East offense early. After putting them in front, 1-0 with a single in the first, Harris added a second RBI single in the third to double the Down East lead 2-0. Khyber Rodriguez singled later in the third as the Wood Ducks were off and running early 3-0. From that point on, not only did Vargas and the pitching settle in, but the offense went to work, scoring 12 unanswered runs to end the game.

The Pelicans offense got started in the bottom of the third when an error put them on the board, followed by the Yohendrick Pinango sacrifice fly. The fourth inning is when the offense found its stride as they stormed in front 7-3 following a five-run frame. Jonathan Sierra tied things up with an RBI single ahead of Luis Verdugo and his game-winning RBI double to put the Pelicans in front 5-3. Add in a Kevin Made RBI groundout and Ryan Reynolds single, and the Pelicans were in front 7-3.

Now up 9-3 following a pair of wild pitches in the fifth and sixth innings, Ethan Hearn capped off the scoring in the bottom of the eighth as his bases-loaded double pushed the Pelicans lead to 12-3. After a slow start to his season, Hearn is starting to come into his own and is proving his worth as a top 30 prospect.

Hearn was one of four Pelicans to record multiple hits, joining Verdugo, Pinango, and Reynolds. Sierra, Jordan Nwogu, Made, and Matt Mervis collected one hit as Fabian Pertuz was the lone player without a hit in the win.