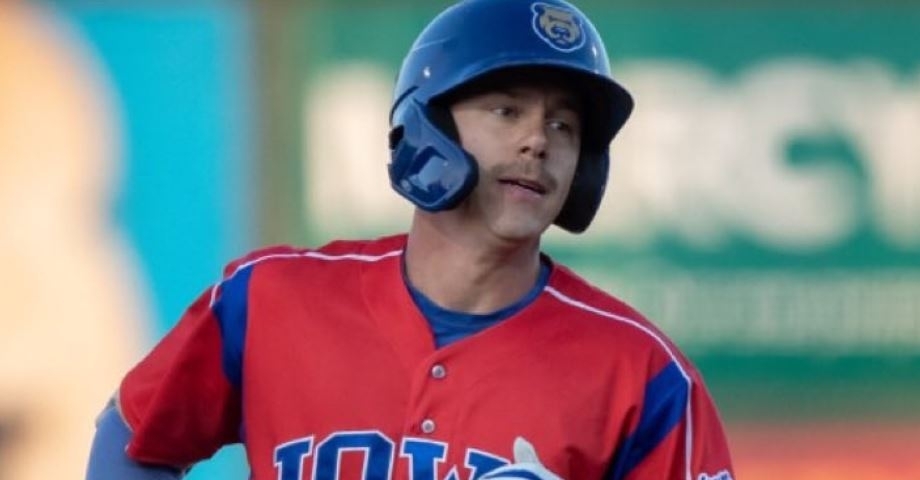 Although the Cubs may not have won their game on Tuesday, there were four minor league teams in action, all of who were looking for a win. While some of the results were better than others, the Cubs still managed to see the organization finish .500 on the evening, which is never bad.

After putting together some home cooking last week, the Cubs continued their winning ways and took down the Bats. Robert Gellman not only got the start, but gave the Cubs four scoreless innings and has yet to give up a run this season.

He didn't go long enough to pick up the win, but the Cubs have to like what they have seen from him. In what was a battle of the better hair, Randy Wynne opposed him as he allowed four runs in 4 2/3 innings of work.

With both pitchers dealing through three innings and no runs across, the Cubs decided to put on a power display in the fourth to break the scoreless tie. It all started with Jared Young and his team-leading fourth homer before Brennen Davis looked to break out of his slump with a solo shot of his own.

One inning later, it was that man Young again as he connected for his second homer of the game and gave the Cubs a 4-0 lead.

Jared Young and Brennen Davis go back-to-back to give us the lead in the fourth, then Young hits another two-run blast! 4-0 Iowa in the fifth. pic.twitter.com/WPTMQn7czJ

Moving to the eighth, Alfonso Rivas got in on the fun as his first homer of the year gave the Cubs a 5-0 lead.

While the Cubs dominated the home run side of things, Louisville wouldn't go away empty-handed as Trey Amburgey took Stephen Gonsalves deep in the eighth to make things 5-1. Iowa pushed across two more runs in the ninth on hits by Ilderamo Vargas and Young as the Cubs finished off Louisville 7-2. Young had a massive day at the plate picking up three hits with four RBIs. Vargas added three hits while Davis picked up two.

One of the Smokies biggest nemeses the past few seasons has been the Rocket City Trash Pandas. That trend continued on Tuesday as the Smokies had a tough go of things offensively and fell 4-1.

Javier Assad got the start and, although he pitched well, had nothing to show for it. Assad went five innings and allowed two runs on two hits, but it wasn't good enough to top Ky Bush, who didn't allow a run in his five innings.

Both hits Assad allowed happened to be homers, with Aaron Whitefield going deep in the first and Torii Hunter Jr in the third. Although bother were solo shots, it would be all the Trash Pandas would need on the night.

Still holding on to that two-run lead, Rocket City picked up two massive insurance runs in the seventh when Bryce Teodosio reached on a fielder's choice, aided by an error to make things 4-0. Nelson Maldonado added a sacrifice fly in the bottom of the seventh, but it wasn't near good enough to win. The Smokies managed just six hits in the game, with Nelson Velazquez leading the way with two.

Armed with one of the best rotations in the Minor Leagues, South Bend hasn't lived up to that billing quite yet. However, if Tuesday indicates how good this rotation will be, the Cubs will win a ton of games as they shut out Beloit 3-0.

Chris Clarke made his first start of the season and at long last managed to secure his first career win. Clarke gave the Cubs five innings, allowed two hits, and struck out four. He had to be on top of his game as M.D. Johnson allowed just one run in six innings of work while striking out seven.

Sometimes all it takes is one run, and for the Cubs, that run came in the first when Alexander Canario ripped an RBI single to make things 1-0. Little did they know that would be all the offense they would need as Clarke teamed up with Max Bain and Hunter Bigge to pitch a shutout. Singles by Fabian Pertuz and Yohendrick Pinango in the eighth put the game out of reach, with South Bend winning 3-0.

On the strength of a massive first inning that saw the Shorebirds push across seven runs, the Pelicans were in for a long night. Luis Devers got the start for Myrtle Beach, and although he lasted just 2/3 of an inning and was charged with seven runs, only four were earned.

The problem was that the Pelicans offense had a tough time handling Moises Chace and Conor Grady as that duo struck out 10 men in their seven combined innings of work. It is incredible how one error can alter the outcome of an inning.

That is precisely what happened in the first, as a Pelicans error allowed for one run to score and opened the flood gates for a massive inning. Add in RBI singles by Josue Cruz and Michael Mantecon mixed with doubles from Mishael Deson and Ryan Higgins, and the Shorebirds had no trouble scoring runs early as they raced out to the 7-0 lead after one.

Outside of that, the Pelicans did a great job keeping them quiet. Well, mainly Riley Martin did a great job. In his 4 2/3 innings, Martin was on a mission allowing just two hits to go with 10 punchouts. He now has a 0.87 ERA to begin the season and has 4BB/20K in just over 10 innings.

For the Pelicans, all of their offense came late in the game, which started with the Ethan Hearn solo shot in the sixth. That was followed by Pete Crow-Armstrongs first career homer in the seventh as his inside the parker pulled the Pelicans within 7-3.

The @Cubs' No. 6 prospect hits the gap for an inside-the-park homer for @Pelicanbaseball. pic.twitter.com/RLN2oZUbNA

Myrtle Beach wouldn't get any closer as the Isaac De Leon RBI single in the seventh capped off the scoring with the Shorebirds coming out on top 8-3.