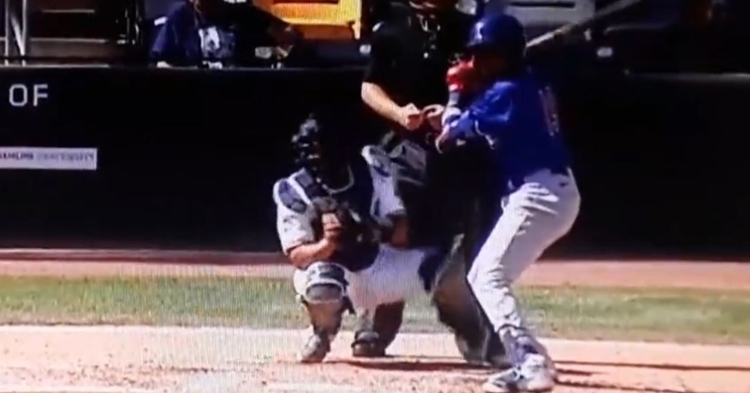 Morel hit his first homer in Triple-A on Sunday

Sunday was for AAA Iowa as they were the lone minor league team in action. Looking to end their road portion of the schedule with a win against Saint Paul, the Saints had other ideas as their season-long success against the Cubs continued.

Whether it was great offense or strong pitching, it didn't seem to matter for the Cubs, who not only fell behind early, but saw the Saints pile on the runs to take the series four games to one. The final game was an 11-1 beatdown on Sunday as the Cubs will limp home for their final five games of the 2021 season, riding a four-game losing streak in the process.

At this point, the only way the Cubs have a chance to win games is if their pitching can deliver strong outings. Going with bullpen games doesn't help your case when it comes to that, especially when opener Dakota Mekkes allows three runs in just 1 2/3 innings of work as his five walks were a problem. He wasn't alone when it came to struggling on the mound as Bryan Hudson, Scott Kobos, Brenden Little, and Juan Gamez all allowed earned runs in their outings, with Gamez taking the biggest beating with four earned runs.

Iowa did, however, get a pair of scoreless outings from Marcus Waldon and Dillon Maples, but at that point, the game was already in hand, so it doesn't mean much in the end. After a scoreless first, Mekkes' lack of command got him in trouble as he loaded the bases in the second, setting the Saints offense up. A wild pitch gave the Saints the lead for good before the Jose Miranda two-run single put Saint Paul on top 3-0 with plenty more to come.

One inning later saw David Banuelos connect for an RBI double off Hudson extending the Saints lead to 5-0 at that point. With just five hits in the game, there wasn't a ton to get excited about if you're an Iowa fan, but you must like what Christopher Morel has done since getting called up. After leading AA Tennessee in both homers and RBIs despite hitting .220, Morel is seeing the ball well in AAA, which resulted in his first homer to make things 5-1 in the fourth.

A bases-loaded walk to Sherman Johnson in the fourth extended the lead to 6-1 as that was the last of the scoring for quite some time. With the game already comfortably in hand, Saint Paul went about their business in the seventh to add to that lead. A Miranda double extended the lead to 7-1 ahead of the Drew Maggi single making things 8-1. Saint Paul wasn't quite done with BJ Boyd legging out a two-run triple pushing their lead to 10-1.

Banuelos capped off the scoring in the eighth inning as he connected for his third homer of the season as the Cubs fell 11-1 on Sunday, capping off their road portion of the schedule. Hits were not easy to come by, as the Cubs managed just five hits in the loss. Along with Morel and his homer, Brennen Davis, Johneshwy Fargas, Levi Jordan, and Tyler Ladendorf collected hits.

Davis continues to impress since making the move to AAA as he collected a hit in all but two games and is hitting .336 thus far. I know the Cubs are looking to avoid arbitration issues with him, but at this point, he should be heading to Pittsburgh to finish the final week with the big-league club.

There is no way the Cubs can afford to keep him down next season if this is how he hits, so give him his crack with the club now.

At 51-74, the Cubs will wrap up their 2021 campaign with a five-game set beginning Wednesday with the Omaha Storm Chasers at Principal Park. Pitching matchups are yet to be determined, but expect top 20 prospect, Cory Abbott, to make one more start looking to end his season on a high note.