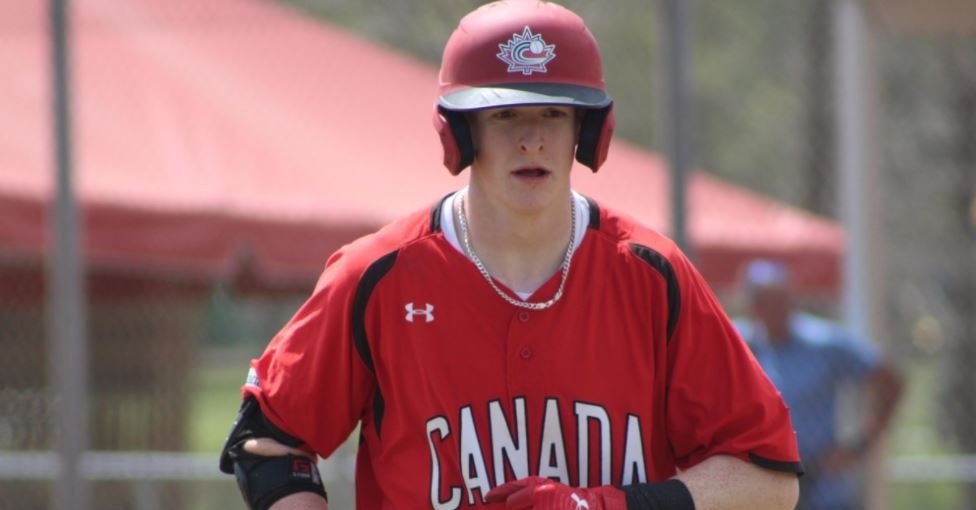 Once again, it was Rookie League Monday as the A-Level minor leagues were on their travel day. As fun as Rookie ball is to cover, it is also challenging to follow as there isn't a lot of information for the media or fans.

Monday didn't go as planned for the Rookie league teams as the offense was an issue all night long across the board. That led them to finish with a 1-2 record as they turned the page to another week of their season.

After getting off to a blazing start this season, the Cubs have cooled off in their last several games, and a big reason for that has been their offense. Despite Porter Hodge delivering a fantastic outing in which he allowed two runs, one earned to go with eight strikeouts in five innings, but the Cubs offense was lifeless most of the game. Things went from bad to worse as their bullpen allowed the Giants to pull away with a three-run seventh and five runs across the final three frames to seal their fate.

Surprisingly, the Cubs drew first blood with a first-inning balk giving the Cubs a 1-0 lead. The Giants offense answered in the second with the Yeiver Torrealba single before taking the lead for good in the fourth off the Garrett Frechette single. With the score still 2-1 in the seventh, it was time for the Giants to send the Cubs bullpen a message.

That message was delivered loud and clear as they busted the game wide open in the seventh as a pair of wild pitches and a balk took what was a 2-1 game and turned it into a 5-1 Giants lead. Looking to keep things close, Owen Caissie went deep for the third time this season in the seventh before the Giants with an Edison Mora eighth-inning single and another wild pitch in the ninth. Flemin Bautista capped off the scoring with an RBI single in the ninth, but it wasn't enough to top the Giants.

Nearly every starter in the Cubs lineup recorded a hit apart from Felix Stevens, who went hitless. Reggie Preciado led the way with a pair of hits while Ismael Mena, Caissie, and Bautista all had one. There was also an Austin Romine sighting in Arizona as the offseason acquisition went 1-2 in his first of what could be a lengthy rehab stint.

In a battle of DSL Blue teams, it was the Royals who managed to do just enough offensively, handing the Cubs a tough 3-2 loss. Kennedy Delgado got the start and gave the Cubs three solid innings. The 17-year-old allowed just one earned run and dropped his season ERA to 3.38 on the season.

His lone run allowed came in his final inning of work when he allowed an Angel Parra single to give the Royals a 1-0 lead. It took five innings for the Cubs to finally cash in as Jerry Torres tied things up with an RBI single of his own and bailed Delgado from taking the loss. The bottom of the fifth saw the Royals use patience to take the lead with a bases-loaded walk to Yosmi Fernandez, followed by an RBI groundout from Luis Echenique.

That groundout proved to be the winning run as the Royals took a 3-1 lead into the sixth. Hoping to keep things interesting, No. 4 prospect Cristian Hernandez pulled his team within 3-2 as his RBI ground kept the line moving. Unfortunately, that was all the Cubs would get as they suffer another loss on the season.

Not only were runs hard to come by, but so were baserunners as the Cubs picked up just two baserunners in the loss, with both coming on hits. While Jerry Torres was responsible for the RBI hit, Frank Hernandez picked up the second hit bringing his average to .289 for the season.

The lone team to pick up a win on Monday was DSL Red, as they did so in walk-off fashion. Trailing 5-2 in the ninth, the Cubs rallied to score four times, thus sealing the deal in the victory.

Early on saw both teams exchange runs, with Newremberg Rondon striking first for the Tigers with an RBI double before Wilmer Boliver answered with a single to tie things up 1-1 in the second. Over the next two innings, the Tigers offense hit their stride as they built a comfortable 4-1 lead in the fourth. Cristian Santana delivered a solo shot in the third to put them in front before an RBI triple off the bat of Justin Rodriguez, and the double from Elian Rivera had the Tigers in front 4-1.

The Cubs answered in the bottom of the fourth with a run of their own as the Brayan Altuve homer made things 4-2. That score would hold until the ninth inning as Abel Bastidas tripled home another Tigers run to put the Cubs in a 5-2 hole. With just three outs to work with, things would not come easy if the Cubs wanted to tie things up, but that didn't stop them from fighting.

Early Tatis started the rally with an RBI triple before coming home on the Pedro Ramirez singled to make things 5-4. With a pair of runners on base later in the inning, Moises Ballesteros came through with a clutch single, driving in Ramirez to tie things up. Starlin Mateo had the last laugh with the bases loaded as he was able to reach base on an error which in return pushed across the winning run in the Cubs 6-5 win.

Not only did Altuve homer, but he led the way offensively with three hits. Cristian More and Ballesteros joined him with multi-hit efforts as they each connected for two hits. In total, the Cubs pounded out 11 hits as nearly everyone in the lineup had one hit to their name.