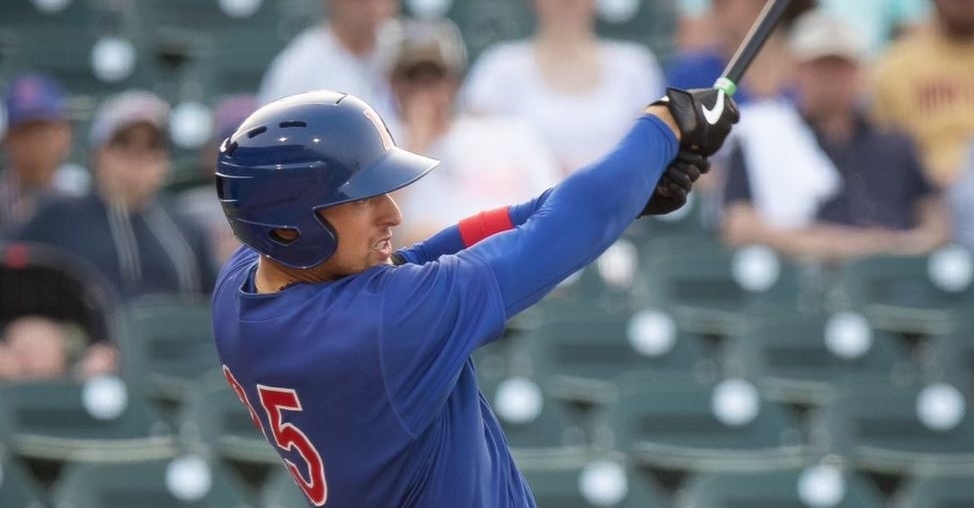 This past week of baseball has been of the better ones this season in terms of wins and losses on the farm. While some teams have struggled to find wins, others have not, which is certainly a good thing as we move toward the final push.

While the Cubs posted a 2-2 record on the farm Sunday, it has been very exciting to watch so many of these new prospects the Cubs acquired contributing immensely. They will be critical pieces for the Cubs next wave of core players as they look to build the next Great Cubs team.

After winning the first three games of their seven-game series, the Cubs failed to win the series, dropping the last four games. That included yesterday's 8-5 defeat in which the Indians rallied for five runs in the eighth to pick up the come from behind win. Joe Biagini got the start and, despite allowing three runs, gave the Cubs seven strong innings while striking out six.

Those runs came in the second inning when Ethan Paul took him deep for his first homer of the season as the Indians raced out to a 3-0 lead. Outside of that, Biagini was impressive and delivered a very good outing on the hill. The suddenly scorching hot Nick Martini got the Cubs on the board with a second-inning RBI single before Iowa busted out the bats in the fourth to take the lead.

Much like Martini, Trayce Thompson is also on a big hot streak as he entered Sunday's game with three homers in this series. Make that four as Thompson unloaded for his third grand slam of the season to give the Cubs a 5-3 lead.

Trayce Thompson gives us the lead with this grand slam for your @GreatClips Clip of the Game! pic.twitter.com/LxP5Xz1nYl

That 5-3 score would hold until the eighth inning when Juan Gamez and the bullpen stepped in.

After looking good in his first few outings, Gamez wasn't at his best in this one as Jared Oliva and Christian Bethancourt tied things up 5-5. That was only the beginning of it all, with Bligh Madris going deep yet again in this series for a three-run shot giving the Indians an 8-5 lead. The Cubs had a chance to make things interesting in the eighth with a pair of runners on base, but couldn't get the big hit falling 8-5.

Martini continues his recent hot streak leading the way with two hits, while Trent Giambrone and Austin Romine added multi-hit games of their own. Thompson connected for the grand slam to pace the offense with four RBIs while Ian Miller, Abiatal Avelino, and Alfonso Rivas rounded out the hits.

Despite the results not always going as planned for Tennessee, one thing that stood out was their pitching. After struggling most of the season with pitching, the Smokies finally put together a series of remarkable outings, including last night's 2-0 loss. Acquired in the Kris Bryant deal, Caleb Killian made his Tennessee debut, giving the Smokies five innings of two-run ball in the loss.

After keeping the Biscuits off the board through two innings, Ruben Cardenas delivered the game-winning run in the third as his RBI single had Montgomery up 1-0. One inning later saw Chris Betts double that lead as his RBI double put the Smokies in the 2-0 hole. That hole would be too much for the offense to climb out of as they couldn't push across a run despite collecting 10 hits in the loss.

Jared Young was one of the few players who had a strong showing at the plate leading the way with three hits. Delvin Zinn added two from the bottom of the order, while Chase Strumpf, Brennen Davis, and Nelson Velazquez were a few others with a hit. Christopher Morel went hitless in the loss.

Get yourself a guy that can do it both. #GoSmokies #SmokiesBaseball https://t.co/9DdoukO4lU

Led by a late-game offensive surge, the Cubs were able to double up the Chiefs 10-5 for a much-needed win. Acquired in the Anthony Rizzo deal, Alexander Vizcaino made his South Bend debut striking out a pair in just one inning of work. He gave way to Jose Albertos and a plethora of relief pitchers who needed the offense to bail them out late.

Immediately following Vizcaino's departure, the Chiefs were able to capitalize as an error coupled with a Masyn Winn single had the Cubs trailing 2-0. South Bend didn't waste any time pulling even, using a Jake Slaughter RBI single and a Scott McKeon sacrifice fly in the bottom of the second to tie things up 2-2. Little did they know that would be the bulk of their offense for much of the game as Peoria continued to go about their business.

As if one RBI single wasn't enough, Winn cashed in once again in the third as he brought home two more runners to put the Chiefs back in front 4-2. That score would hold up until the sixth when the Cubs not only took the lead, but did so in a big way. After a Bryce Ball double made things 4-3, Josue Huma gave the Cubs the lead for good as his two-RBI single had South Bend up 5-4. Later in that inning, it was time for McKeon to come up clutch as his single proved to be the game-winner, with the Cubs now up 7-4 following a five-run frame.

Another error in the eighth had the Chiefs within striking distance at 7-5 only to see the Cubs end any hopes of a comeback with a three-run eighth when Alexander Canario went deep for his second time on the season to give the Cubs a 10-5 win.

With 11 hits, everyone in the lineup had at least one hit, with McKeon having a perfect 3-3 three RBI Day.

Already with an amazing week under their belt, the Pelicans continued to roll as they capped off a six-game sweep of Columbia with a 2-1 win. The win moves them back to .500 for the first time since early in the season as Buddy Bailey, and his boys are becoming a tough out for anyone.

Daniel Palencia got the start and gave the Pelicans three innings of work, surrendering the lone run allowed. He allowed just three hits and struck out six in what was a good start. Tyler Suellentrop followed him up by giving Myrtle Beach three innings of scoreless relief, bringing his ERA to 0.96 before Danis Correa tossed two more shutout innings to lower his ERA to 1.73 on the season.

The lone run for Columbia game in the third inning as the Tyler Tolbert single gave them an early lead. Had this been earlier in the season, the Pelicans may have hung their heads, but not anymore. Coming off a clutch hit earlier in the series, Jacob Wetzel continued his great showing connecting for a solo homer in the fifth to tie things up 1-1.

Down to their final at-bats in the ninth, and it was Wetzel again coming through. This time it was an RBI single that provided the winning run as the Pelicans took care of Columbia 2-1 to cap off the sweep. Not only did Wetzel collect both RBIs, but he was the lone player with multiple hits leading the way once again. Ed Howard and Pablo Aliendo were the lone players without a hit in the win.

We sweep the Fireflies to cap off the two week road trip.