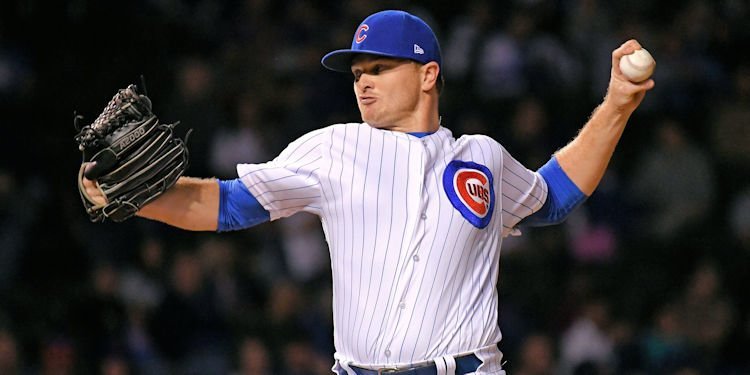 The Cubs finally dipped into that market yesterday with the signing of Brad Brach, and according to Bruce Levine (670 The Score), they aren’t done yet. There are now rumors that the Cubs are pursuing former Yank's right-hander, George Kontos, and I don’t think they’ll stop there.

The team lost four relievers to free-agency this winter, and although adding Brach and perhaps now Kontos, they still have a couple more voids to fill. With Theo Epstein now on the prowl, I wouldn’t be surprised to see an addition like Kelley, Madson or Romo, but I would be shocked if the Cubs land two out of the trio.

Cubs HOFer: The Hall of Fame has confirmed that Lee Smith will have a Cubs hat on his HOF plaque.

On this date: On this date in 1983, the Cubs acquired Steve Trout and Warren Brusstar from the White Sox in exchange for Scott Fletcher, Pat Tabler, Randy Martz, and Dick Tidrow.

Good Cubs teammate: Cubs starter Yu Darvish posted a picture of the Cubs outfield promoting them as one of the best in baseball.

Braves: According to Jon Heyman, “After signing Markakis, the Braves have very solid team and no obvious flaws, but still have some money to spend. They will be opportunistic, and while they can’t be considered favorites for Kimbrel, Keuchel, Harper or Machado, they haven’t ruled out signing one of the big stars.”

Padres: SD has signed veteran catcher Chris Stewart and outfielder Boog Powell to minor league deals, neither of which currently include invites to MLB spring training.

White Sox: According to manager Rick Renteria, Manny Machado told the White Sox that he’d be willing to play wherever they would want to use him, putting to bed the rumors that he was unwilling to play anywhere but short.

Tigers: Detroit slugger, Nick Castellanos, says that he knows a trade for him is likely as the team continues a rebuild, but says if the Tigers plan to go that route, he wants to be traded before the start of spring training. Castellanos slashed .298/.354/.500 in 2018 with 23 dingers and 88 RBI. Castellanos gains free-agency at the end of the 2019 season.