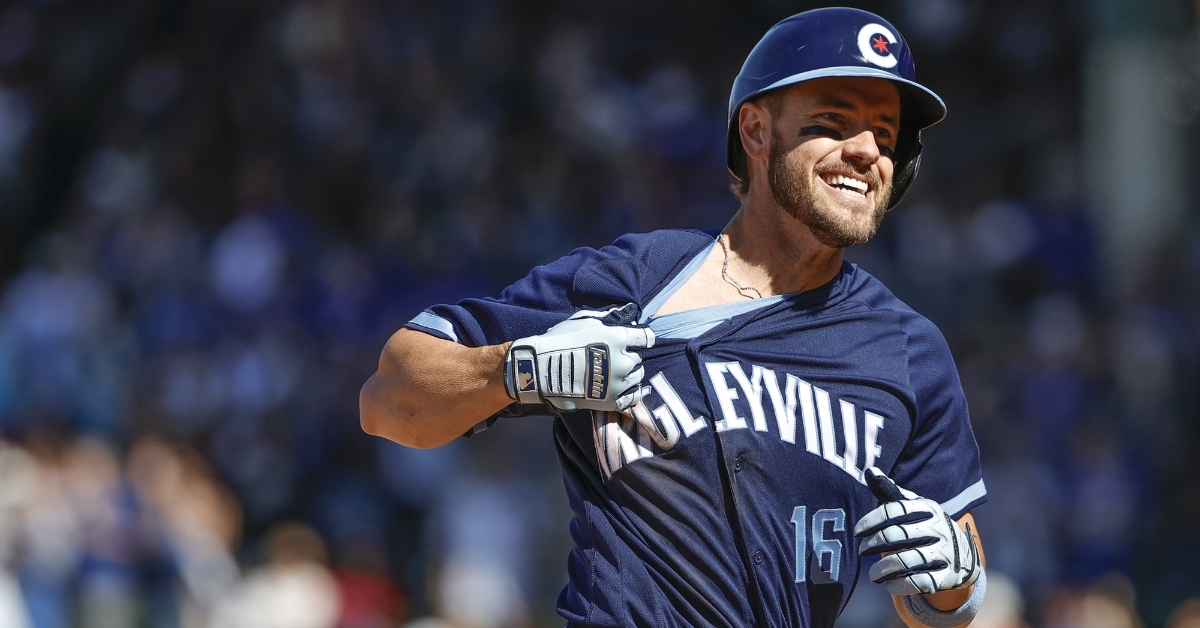 A lot of the news surrounding the Cubs over the last couple of months has been about trading away some of the organization's best players ever and two losing streaks north of 10 games — as the Northsiders sit in fourth place in the NL Central.

However, a bright spot has been the emergence of Patrick Wisdom, the 30-year old journeyman who has broken through in 2021. Wisdom was originally drafted in 2012 by the St. Louis Cardinals and bounced around the Cardinals and Texas Rangers before settling with the Cubs.

Wisdom originally came up due to injuries to Matt Duffy, David Bote, and Kris Bryant, but his bat forced the Cubs to keep Wisdom in Chicago instead of the minor leagues. Now, the Cubs hope Wisdom is a staple for future Cubs teams.

In 85 games this year, Wisdom has clubbed a team-leading 25 home runs, leading all National League rookies. In fact, his strong second half (including nine home runs in August) gives Wisdom a legitimate argument in the 2021 NL Rookie of the Year race.

ICYMI last night, Patrick Wisdom hit one of the more impressive home runs I’ve seen this season. How he got the barrel to this ball, off the plate tailing inside, is beyond me. pic.twitter.com/F2x9o06c9y

While it may be hard to make a case for a player like Wisdom, who did not start until May 27th — especially since he is currently playing on a fourth-place team.

Nonetheless, the California native has been wildly impressive, accumulating a WAR of 2.5 this season (.252 with 50 RBIs). The rookie’s 25 home runs are one away from tying Kris Bryant’s franchise record set in 2015, and Wisdom picked up a National League Player of the Week honor back in June.

More perspective, the Cubs' career leader for AB/HR is Sammy Sosa at 12.8.

Wisdom has also provided solid defense at third base — while moving around the diamond and player adequate defense at first base and at the corner outfield positions.

Patrick Wisdom is t-5th among all third basemen in outs above average this season ??

He didn't make a start at 3B until May 30th. pic.twitter.com/DR87qt7JgK

The strikeouts are certainly a concern when it comes to Wisdom’s game, but his raw power cannot go unnoticed and has firmly placed him in the National Rookie of the Year race. Jonathan India of the Cincinnati Reds and Trevor Rogers of the Miami Marlins also have a case to win the award as well, and Wisdom’s late surge may be too little too late, but he will be on ballots nonetheless.

At the end of the day, regardless of whether or not Wisdom takes home the award, the Cubs are confident that they have found an answer at one of the corner positions for the future — one with defensive versatility and immense power from the right side of the plate.

The Cubs are at a point in their roster construction for the future where there are many question marks and not too many sure things. Still, Wisdom certainly appears to be one of the answers, especially since he is eligible for arbitration and will not hit free agency until 2027.