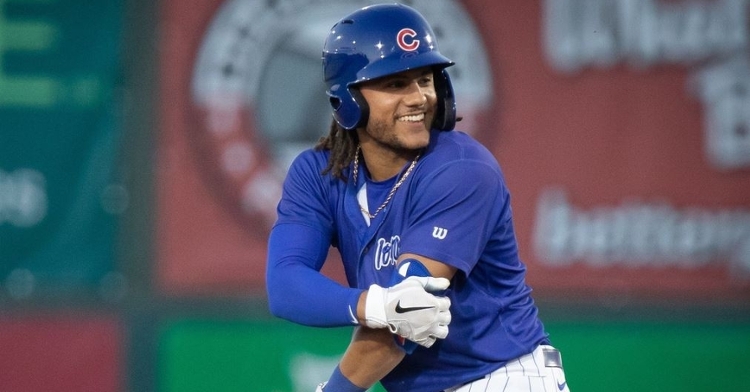 Hermosillo is up with the Cubs (Photo courtesy: Iowa Cubs)

Hermosillo will wear uniform number 32 and is available for tonight’s 7:10 p.m. ET game against the Cincinnati Reds at Great American Ball Park.

The right-handed hitting Hermosillo has appeared in 56 major league games with the Los Angeles Angels in parts of three seasons (2018-20), hitting .188 (19-for-101) with five doubles, a triple, a home run and six RBI and appearing at all three outfield positions.

Originally selected by the Angels in the 28th round of the 2013 draft out of Ottawa (Ill.) High School, Hermosillo owns a .267 average (515-for-1,927) with 93 doubles, 20 triples, 55 home runs and 249 RBI in 529 career minor league games. He has drawn 253 walks to contribute to a .368 on-base percentage and has stolen 103 bases in minor league play. Hermosillo signed a minor league contract with the Cubs in November of last season.