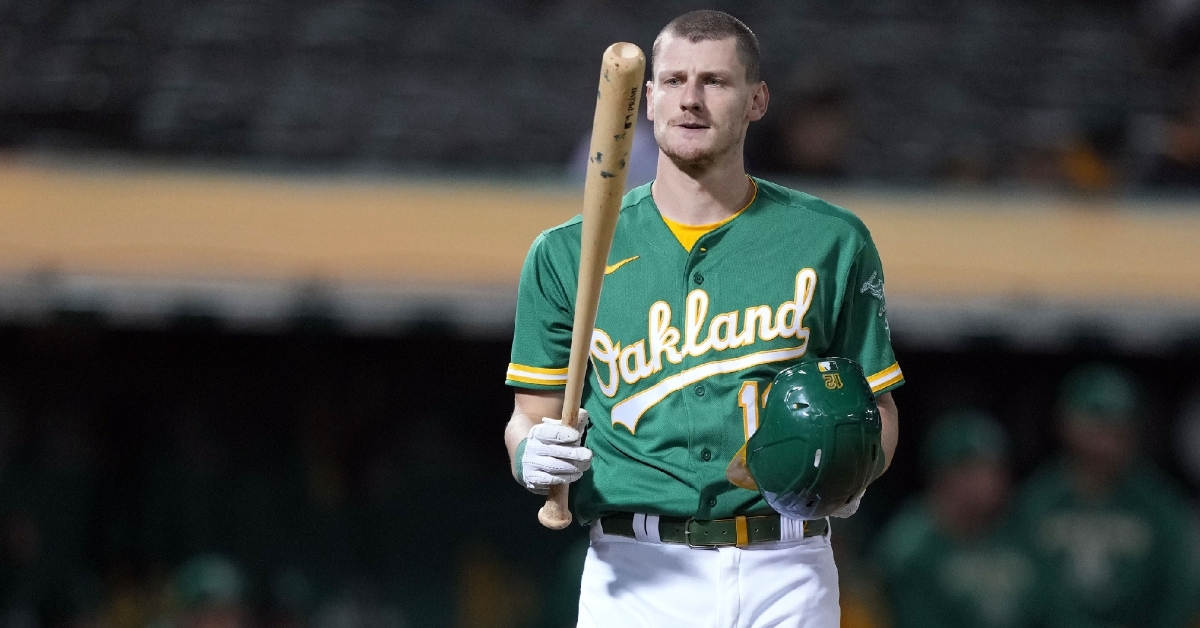 My how the tables have turned as day one of the Winter meetings brought plenty of excitement to the table. What started with Justin Verlander landing with the Mets was capped off by Trea Turner signing a massive 11-year 300 million dollar deal with the Phillies as his deal has now set the market. That is significant when it comes to the Cubs, as they have not only been rumored to be in on all the big-name shortstops, but have met with all three of them.

Digging a bit deeper, you are now hearing that the Cubs may get one, but potentially two of the three remaining SS, as Dansby Swanson and Xander Bogaerts appear to be their targets. Adding one of those players would be a massive upgrade to this roster, but there are many more holes to fill than just one impact player. One of the positions the Cubs are trying to address is the catcher position now that Willson Contreras is on the market.

As things sit today, Yan Gomes would be the opening-day catcher, with most likely PJ Higgins as his backup. That is not an ideal situation, but things could be worse as Gomes has shown the ability to be the No.1 catcher and works well with most pitchers. The Cubs have some catching talent in the minors, but after Miguel Amaya got injured again, it looks like most of that help is three or four years away.

In the meantime, the Cubs are looking to, at the very worst, find a short-term solution, and Christian Vazquez has been the one talked about most with the Cubs. Another catcher is starting to see his name linked to Chicago, which is current Oakland Athletics catcher Sean Murphy. Unlike Vazquez, the Murphy situation comes with a bit more intrigue as he is younger and would have to be acquired via trade.

He has multiple years of control left, which works in the Cubs favor, while the Cubs also have the prospects to potentially give away. The only question is, what will the asking price be from Oakland, and will the Cubs be willing to meet that price? Over the last few days, the Murphy trade talks have begun to heat up, but the Atlanta Braves seemed to be the favorites.

Now, not only are the Cubs in the mix, but several other teams as these discussions should heat up in the coming days. This is quietly one of the better trades the Cubs could make, as Murphy is not only just 27 years old, but a gold glover behind the backstop. Pair him with the veteran Gomes; these two should work well together and will do an excellent job helping this young rotation improve.

Murphy has cemented himself as one of the best catchers in the game, both offensively and defensively, which is why Oakland is trying to get the maximum return they can for him right now. There is a reason why the Cubs and other teams are in on these discussions because catchers like him don't become available too often.

When you compare his stats to Contreras from last season, not only did Murphy hit for a better average at .250, but he drove in more runners, finishing the season with 66 RBIs. He also added 18 homers, so that bat has plenty of production. Losing Contreras was a tough pill to swallow for this organization, as he is one of the best offensive catchers in the game. His problem has always been the defense behind the plate, which the Cubs are looking to improve upon.

Murphy not only improves that aspect behind the dish, but out of all the catchers available, he is the one that can put up similar numbers to Contreras. The one thing that may discourage fans from making this deal would have to be the price tag. Guys like Murphy don't come around too often, so expect the A's to ask for an arm and leg for him.

No, I am not saying a Brennen Davis, Pete Crow-Armstrong, or any other top-tier prospect would be included, but expect to hear the names DJ Herz, Jordan Wicks, and other pitchers thrown around.

With the Cubs having done a great job restocking the farm the past few seasons, they have put themselves in a position to make moves like this because they have the capital to do so. Hopefully, they learned a thing or two from the last time and don't completely gut the system now to improve for the long haul.