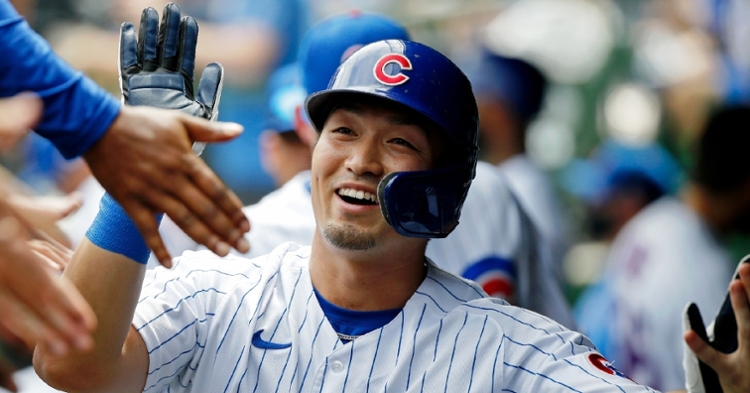 CHICAGO - Recently, things haven't been fun in Chicago, with the Chicago Cubs (7-8) struggling to win games and the Chicago Bulls suffering their worst home playoff loss in team history. Looking to snap their four-game losing streak against the Pittsburgh Pirates (7-8), Wrigley Field was treated to quite a show on Saturday as the Cubs bludgeoned the Pirates by a score of 21-0.

You read that right, 21-0, as the Cubs used an eight-run second inning to seize command and never looked back, pounding out 23 hits in the victory. Kyle Hendricks took the ball for Chicago as he looked to bounce back from a pair of subpar outings. Hendricks didn't need to be at his best, but he managed to go seven innings, allowing a pair of hits and two punchouts. He gave way to Sean Newcomb and Scott Effross as they finished things off from there.

While Hendricks was on point, Pirates starter Zach Thompson was not, as his ERA stands at 10.80 on the season. Despite allowing nine runs in two innings of work, Thompson was only charged with four earned runs as the Pirates defense offered him little help.

With runs hard to come by for the better part of the last four games, the Cubs wanted to get that out of the way early with Seiya Suzuki, Willson Contreras, and Ian Happ singling in the first, with Happ delivering the RBI single for the 1-0 lead.

Ian Happ is batting .348 vs. Pittsburgh at Wrigley Field. pic.twitter.com/YLRoSKfWwc

That run would stand as the game-winner, but considering how strong Hendricks was, it would be the only run the Cubs would need.

Fortunately, the Cubs offense had other ideas as it looked like batting practice on the field. Led by a series of singles for the second straight inning, Suzuki added his second single in as many at-bats to give the Cubs a 2-0 lead. A Contreras single followed that single as two more runs came across to score to make things 4-0.

Still in the second, Patrick Wisdom worked a walk to load the bases ahead of a Jonathan Villar fielder's choice that saw the lead grow to 6-0. That set the tone for Alfonso Rivas, who capped off the eight-run second with a three-run shot putting the Cubs in front 9-0.

It took four innings for the Pirates to grab their first hit, with Daniel Vogelbach leading things off with a double. Vogelbach would be left stranded with Hendricks working around that runner to retire the next three hitters. That gave the offense the confidence to keep going, with Rivas and Nico Hoerner adding two more RBIs to make things 11-0.

If an eight-run second inning wasn't good enough, why not add five more to the tally in the fifth, with Suzuki narrowly missing a homer to lead things off with a double.

That double was followed by doubles from Contreras and Happ as the Cubs kept their feet on the gas 13-0. Chicago received an RBI double from Jason Heyward with a pair of runners still on base before singles by Rivas and Hoerner capped off the inning with the Cubs leading 16-0.

With Hendricks dealing the way he was on the mound, it was starting to become a question about whether he would finish things off. A sixth-inning single by Cole Tucker was the final hit Hendricks allowed in what was otherwise a typical Hendricks performance where he commands the zone.

Hoerner would add another RBI single in the bottom of the seventh to push the lead to 17-0, but the Cubs offense wasn't quite done as they had one more big inning left in the tank. Taking their final at-bats in the eight, Michael Hermosillo led things off with a single before a walk to Contreras, and a Happ single loaded the bases with no outs.

The Cubs continued to go station to station, with Patrick Wisdom picking up an RBI single to make things 18-0 ahead of the Villar single to push the lead to 20-0. Heyward capped off the scoring in a one-sided afternoon as his double-play extended the lead to 21-0, which is what the final score ended.

The 21 runs on 23 hits were the most under the David Ross era as they scored more runs on Saturday than in their previous six games. The 21-run margin of victory is also the largest margin of victory in team history when they post a shutout win, so there was a lot of history attached to this box score.

Not only did the Cubs tally 23 hits, but five players had at least three in the game, which is also a rare feat. Suzuki, Rivas, Contreras, Happ each had three, but it was Hoener leading the way with a career-high four-hit day.