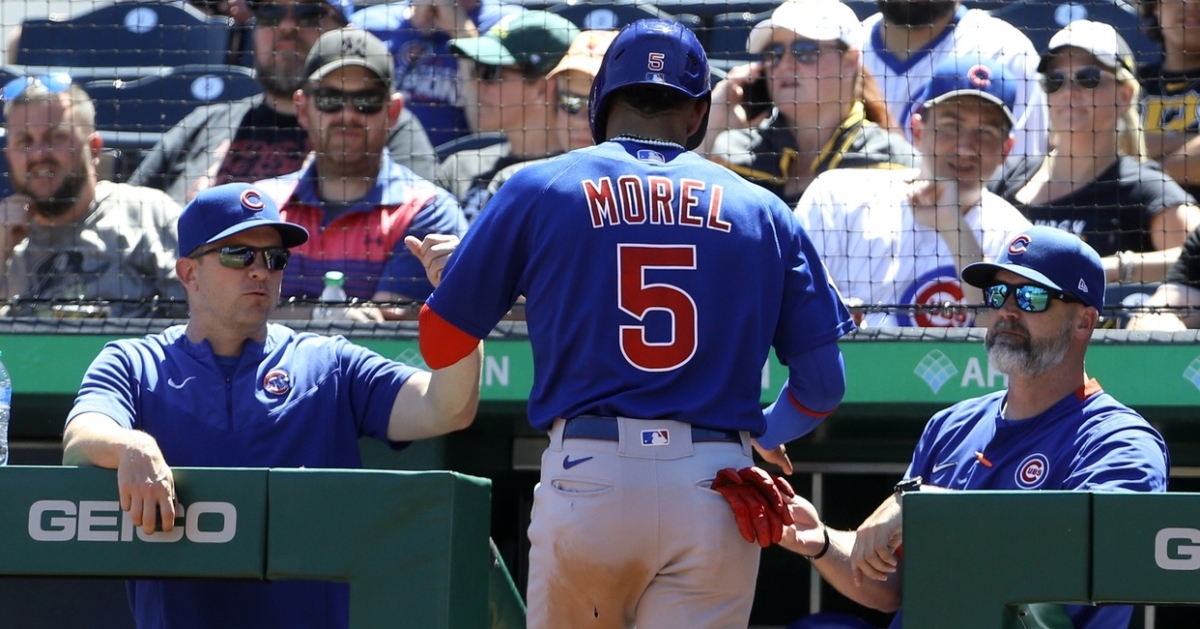 PITTSBURGH - Coming off a dominating performance on Wednesday, the Chicago Cubs (26-44) had a chance to earn a series split with the Pittsburgh Pirates (29-40). On a warm and sunny Thursday afternoon at PNC Park, the Cubs were sending lefty Justin Steele to the mound as he was looking to continue his recent success.

Opposing him was a familiar face in veteran lefty Jose Quintana who continues to have what some would call a rejuvenation type of season this year. Quintana settled down after a rough start to the game and gave the Pirates six strong innings of two-run ball to put the Pirates in a position to win.

For Steele, the strikeout total drastically increased as he punched out eight guys after striking out seven across his last three starts. However, Steele was roughed up much more than he would like surrendering six runs (5ER) in 5 2/3 innings before handing things over to the pen.

Fortunately for him, the Cubs offense managed to come alive late, using a five-run eighth inning to take the lead as things were now in the hands of their pen. That was not what the Cubs wanted as Pittsburgh rallied not once, but twice with Michael Chavis and forced extras before walking the Cubs off in 10 innings, 8-7.

With the Cubs going down quietly in the first, Pittsburgh grabbed an early lead as Bryan Reynolds took Steele deep in the first for a 1-0 lead just five pitches into his outing. Take that away, and Steele was impressive early, racking up four strikeouts across the first two innings to set the tone.

From an offensive side, the Cubs had pressure on Quintana right from the start, but couldn't cash in until the third inning. Not only did Nico Hoerner start things off with an infield hit, but Nelson Velazquez earned a walk before the P.J. Higgins single loaded the bases with no outs. Willson Contreras got the Cubs on the board with an RBI fielder's choice, with Ian Happ following that up with an RBI single to make things 2-1 Cubs.

Hayes was in the middle of the action again in the fifth, reaching base on an error before a second error extended the lead to 4-2. Fielding was an issue for the Cubs as they committed four errors in the game. I don't care how good of a team you are. If you commit four errors, it will be hard to win games.

Looking to finish out his outing strong, Steele retired the first two hitters he faced in the sixth and then would allow a Yu Chang single followed by an Oneil Cruz double to make things 5-2. Tyler Heineman added an RBI single to close the book on Steele, but the Pirates led 6-2 with time running out on the Cubs.

With Rowan Wick and Chris Martin doing their part after Steele's departure, it was time for the Cubs offense to make some noise in the eighth against a much improved Pirates pen. Not only did Christopher Morel opens things up with a single, but Contreras followed that up with a walk putting a ton of pressure on Wil Crowe.

Patrick Wisdom kept the line moving with a one-out single as the Cubs were within 6-3. With two outs, Jonathan Villar earned another walk to load the bases ahead of the huge Nico Hoerner single that made things 6-5. Another walk from Rafael Ortega kept the inning alive before Alfonso Rivas benefitted from a deflected single off of Diego Castillo as the Cubs surged in front 7-6 and their big guns waiting in the pen.

After making his first career plate appearance last season, David Robertson returned to his familiar role of closing games out for the Cubs. Unfortunately, Chavis had other ideas needing just one pitch to tie the game up 7-7 as he took Robertson deep to begin the eighth. Robertson did what he needed to do to finish the inning, but after a scoreless ninth, it was up to Scott Effross to keep things close.

Effross got out of the ninth without any issues, but with the offense stalling out in the 10th, Effross would need to keep the Pirates at bay a bit longer. Using an intentional walk to put Reynolds on base to set up a double play, Effross made quick work of Castillo before Chavis was standing in the box.

Already with one huge hit to tie things up in the eighth, Chavis put the icing on the cake. With Effross making a great pitch on the inside, Chavis did a better job of hitting as he flared one into right field, allowing Hayes to come around to score in the 8-7 walk-off win. Hayes was injured on the play colliding with Contreras at the plate, but the damage was already done with the Pirates picking up the walk-off win and taking the series 3-1.

The Cubs had 11 hits in the game, with Hoerner leading the way with three hits and two RBIs. Morel and Wisdom added two hits, with Wisdom putting together a very good final three games of the series.