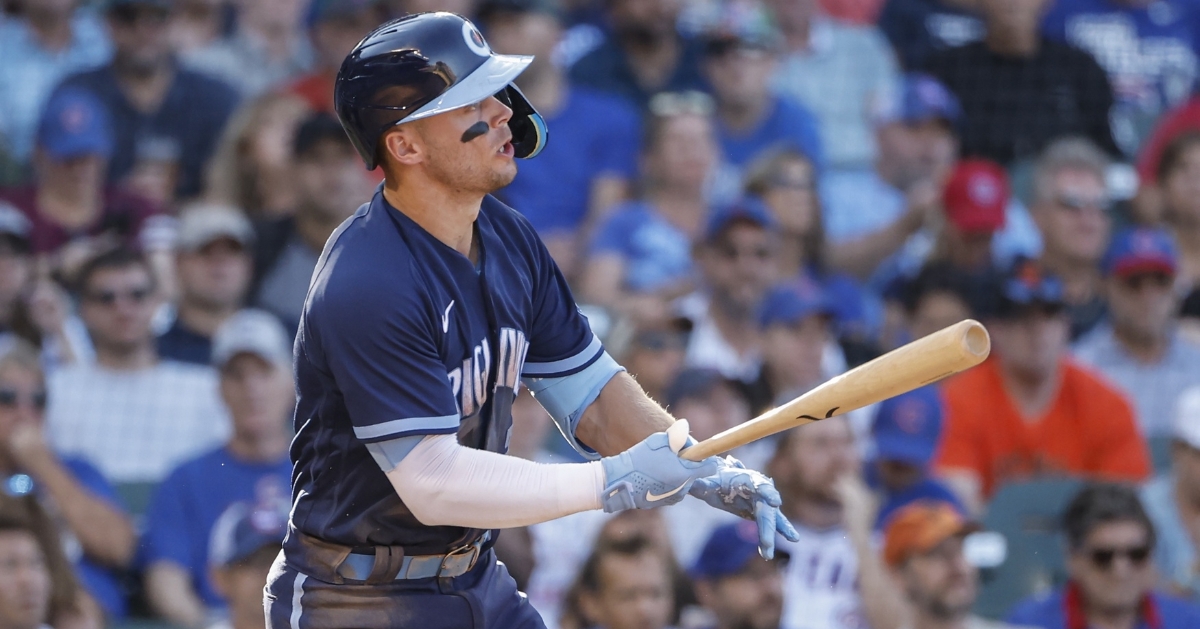 CHICAGO - Baseball is a fun game because you never know what to expect from one day to the next. That was again the case at Wrigley Field on Friday as the Chicago Cubs (58-80) hosted the San Francisco Giants (65-73) for the first of a three-game weekend set.

After losing two of three against the Reds earlier this week, the Cubs hoped to start off on the right foot as left-hander Drew Smyly took the ball against fellow left-hander Carlos Rodon. Coming off his worst start in over a month, Smyly answered the bell and delivered the best start of his season, allowing just one run on one hit in seven innings of work while striking out eight. Add that to a pair of two-run homers, and the Cubs managed to knock off a tough left-hander in Rodon 4-2.

Smyly has quietly been one of the Cubs most consistent starters in the second half, as nine of his last 10 starts have seen him allow two runs or less. He is starting to pitch like he wants to be around next season, but regardless he will land a multi-year somewhere else.

Despite an excellent effort for Smyly, all eyes were on Rodon, and for good reason. Not only has the Giants left-hander pitched exceptionally well with a 2.93 ERA this season, but there is a great chance he becomes a free agent next year where the Cubs will be in the running to sign him long-term. If he is to pitch at Wrigley more frequently, Rodon gave the fans something to get excited about as he struck out 11 hitters compared to just one walk, but finished on the short end of the stick.

Hits were hard to come by all game long for the Giants, but they managed to pick up their lone hit off Smyly in the second off a two-out double from David Villar. Smyly also walked a hitter before that double, but managed to get out of that inning, stranding both runners on base.

The Cubs responded in the bottom half of the second, with Nico Hoerner leading things off with a single and stealing second base for his 18th of the season. A two-run homer followed that from Yan Gomes as the Cubs were in front 2-0. Rodon would recover nicely, striking out the next four hitters he faced.

Following the second inning, Smyly got on a roll on the mound as he went on a run of retiring 10 consecutive Giants hitters as they had no answers for him on the mound. The problem, however, was that Rodon was equally as good, allowing a Seiya Suzuki single and a walk in the fourth inning as his final two base runners as he did more than enough to record the win.

Although most of the game was positive for the Cubs, there is some concern for Nick Madrigal, who left the game in the bottom of the fifth with a groin injury. That is not what the Cubs wanted, especially when you look at how many injuries Madrigal has had to deal with this season and how well he has been hitting since returning from the IL.

Still holding a 2-0 lead in the sixth, Smyly had to work out of another jam before the offense came through for just the second time for him. With two down in the bottom of the inning, Franmil Reyes worked a walk against Yunior Marte to extend the inning before Hoerner delivered the winning hit as his two-run shot made things 4-0.

Looking to get through the eighth inning after delivering seven outstanding innings, Smyly saw a fielding error open the frame, which was the final batter he faced. First out of the pen for David Ross was Manny Rodriguez as he continues to be thrown into high-leverage situations.

Rodriguez managed to record two outs, with one of those coming via the strikeout, but he also walked a pair of hitters to load the bases with two down. That proved extremely costly as Evan Longoria ripped a liner down the left line to score a pair and cut the Cubs lead in half 4-2. The Cubs also benefitted from a lucky bounce on that play as it was a ground-rule double, which prevented a third run from scoring.

Hoping to get out of the inning holding the lead, Brandon Hughes was called on to pitch and recorded an inning-ending strikeout before coming back out to pitch the ninth. Despite allowing a two-out single to Austin Dean, it would be all the Giants would get as the Cubs held the Giants offense to three hits in a 4-2 win.