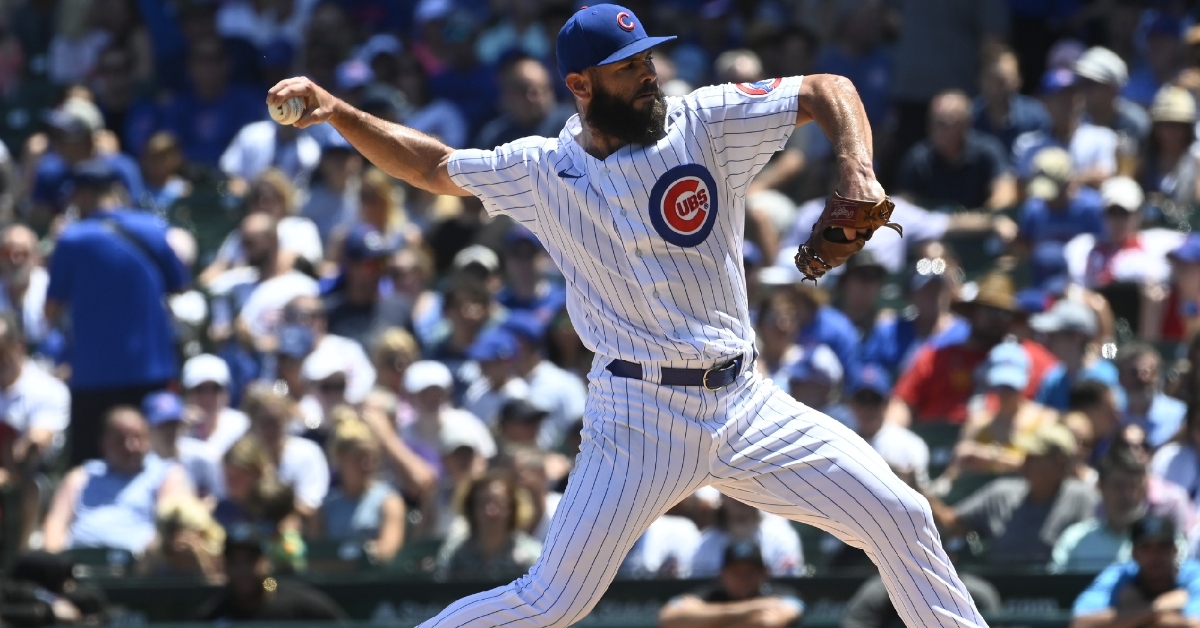 CHICAGO — Suffering a lopsided loss that they will assuredly try to forget, the Chicago Cubs (39-32) fell by 10 runs in a game that saw the North Siders muster just three hits at the plate. A late-inning solo home run by Jason Heyward provided the Cubs with their lone run of the afternoon. On the flip side, the Miami Marlins (31-39) tallied 11 hits at the dish and won 11-1. In Friday's opener of the three-game series at Wrigley Field, the Fish posted a 10-2 victory, and they followed that with an even bigger romp on Saturday.

With Jake Arrieta on the mound, Jazz Chisholm Jr. sparked the Marlins in the top of the first by hustling for an infield single and stealing second, with a successful Marlins challenge overturning the initial out call on the steal. Chisholm got greedy and tried to reach third on a chopper hit to shortstop, but Kris Bryant dropped Javy Baez's throw, resulting in Chisholm sliding in safely and Bryant being charged with an error. An RBI groundout by Jesus Aguilar plated Chisholm, and Adam Duvall, who homered twice on Friday, swatted a two-run blast to left.

Willson Contreras received a day off, so Jose Lobaton started behind the dish. The Marlins, known for their aggressive baserunning took advantage of Contreras' absence by collecting a season-high five stolen bases. One such steal came in the second, when Jorge Alfaro led off with a single and swiped second. Lobaton then gaffed, with a passed ball allowing Alfaro to reach third, where he tagged up and scored on a sacrifice fly by Jon Berti.

The first of three hits recorded by the Cubs in the contest was a flare hit of the bat of Eric Sogard in the second. The bloop single was the only hit given up by Pablo Lopez, who was brilliant in his seven-inning start, in which he struck out seven. In the third, Duvall continued to dominate Cubs pitching in the series by hitting his second home run of the day with a 428-foot two-run shot to left. Cory Abbott relieved Arrieta to begin the fourth frame.

Now would be a great time to click on this link: https://t.co/CmclpIpeMm

After Lopez struck out the side in the bottom of the fourth, a couple of defensive blunders took place in the top of the fifth. Due to the bright sunlight Heyward lost track of a fly ball hit by Duvall to right field and fell while failing to catch it. However, he quickly recovered and fired a throw to second for a force out. With two outs in the inning, Duvall scored from second when Bryant and Lobaton were unable to catch a popup on the infield grass. Jesus Sanchez was credited with an RBI single on the play.

Berti led off the sixth by slugging a double off the wall in center field and ended up scoring from third because of a wild pitch by Abbott. Clearly not weighed down too much by his catcher's gear, Alfaro closed out the sixth inning with an athletic snag of a popup skied out in front of the plate by Joc Pederson. Rex Brothers pitched the seventh and was taken deep by Sanchez, who drilled a dinger out to straightaway center field for his first career home run. Heyward concluded the half-inning by laying out for a nice catch that robbed Berti of a hit.

Ian Happ kicked off the eighth by running in and pulling off a sliding grab in left, thus preventing Lopez from notching a hit. With two outs in the top of the eighth, Isan Diaz walloped a 442-foot two-run bomb out to center off Tommy Nance. Heyward put the Cubs on the scoreboard with a 428-foot no-doubter in the eighth. The long ball to center was given up by former Cub Anthony Bass. In the ninth, Sogard pitched for the second time on the season and drew three straight flyouts. Dylan Floro, another former Cub, worked around a leadoff double by Rafael Ortega in the ninth and polished off the 11-1 rout, which matched the Cubs' largest margin of defeat on the year.

Jason Heyward drives a solo home run to center field, putting the Cubs on the board in the 8th inning pic.twitter.com/Kzrxff2E9f