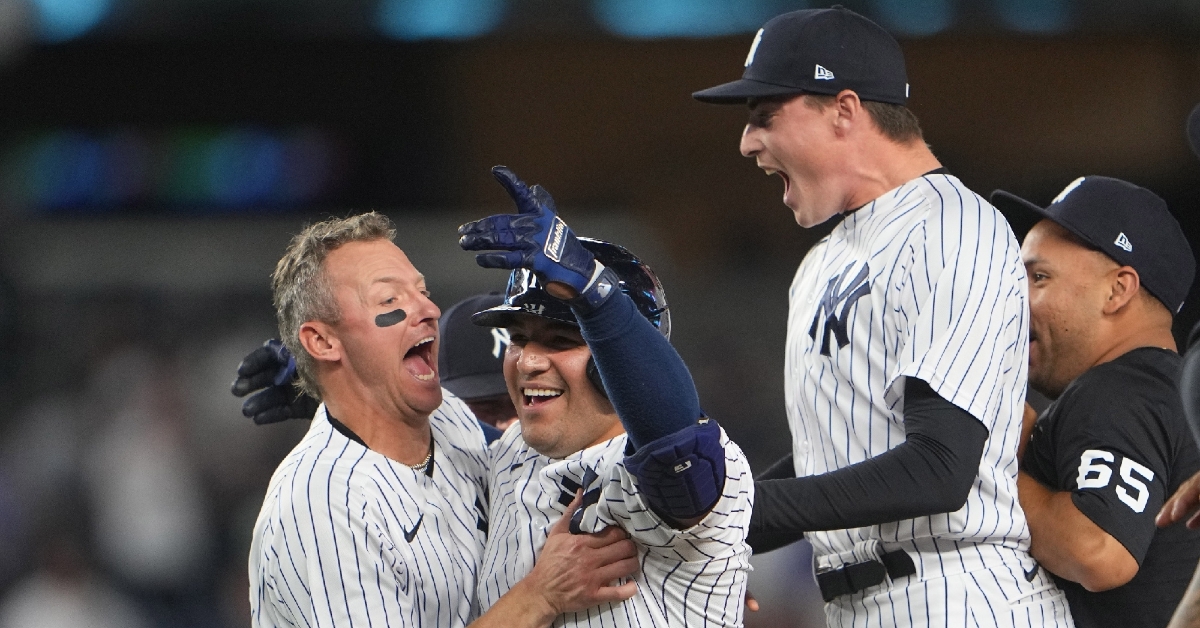 NEW YORK - When facing a team as good as the New York Yankees (42-16), you must capitalize on the chances you are given. The Chicago Cubs (23-34) certainly didn't do that as they left 30 men on base and went 0-18 with runners in scoring position.

The Yankees were not much better, stranding 35 runners and going 1-19 with runners in scoring position. However, that lone hit came in the 13th inning when Jose Trevino ripped one through the middle to plate the winning run as the Yankees walked off the Cubs in front of the Yankee Stadium crowd 2-1 in 13 innings.

Despite what was mostly a rough night for the Cubs, there was some good news as Wade Miley, Yan Gomes and Jonathan Villar all returned from their IL stints. With the good comes the bad as Miley went just three innings before leaving the game hurt while the Cubs also saw Marcus Stroman get added to the IL.

Losing Miley as early as they did certainly threw a wrench in the Cubs' plans as they went through nine pitchers in the game. Add Luis Severino on the mound, who struck out five of the first six he faced and finished the game with ten strikeouts across six innings. The Cubs were in for a long night. However, you have to give this team a ton of credit for the fight they showed as they held this high-powered Yankees offense to just two runs on six hits across those 13 innings.

With both teams scoreless through two, the Cubs had the first great scoring chance of the day with Jason Heyward starting the third off with a double. Heyward was later thrown out at home plate, and that was the end of that scoring chance. Just like the Cubs, the Yankees had a golden opportunity to cash in during their half of the third as singles by DJ LeMahieu and Aaron Judge, added to a Giancarlo Stanton walk, had the bases loaded. Still, Miley did what he needed to keep them off the board.

The first run of the ball game came in the fourth inning when former Cubs farmhand Gleyber Torres took newly entered Daniel Norris deep to give the Yankees a 1-0 lead. That lead didn't last long as Heyward picked a great time to hit his first homer of the season, going deep in the fifth to bring things back to even 1-1. Nick Madrigal and Christopher Morel added singles during the fifth, but once again the Cubs lack to find a big hit loomed large.

Across the next several innings, neither team managed to break through as strong bullpen performances and a lack of clutch hitting kept this a 1-1 ballgame as things moved to the 10th inning. Given that a runner would be starting on second from here on out, you had to like the chances that someone would cash in sooner rather than later.

A quiet 10, 11, 12th inning moved things to the 13th where the Cubs were looking to cash in first. Ever since moving to the leadoff role 15 games ago, Morel has been the engine that makes this offense tick as he has looked more like Dexter Fowler than anything. His leadoff walk in the 13th had the Cubs in business, but as usual three consecutive outs to end the frame prevented them from scoring again.

On to pitch the 13th for the Cubs was Alec Mills, who, despite allowing some hard contact to the first two hitters, was on the verge of getting out of things unscathed. An intional walk to Aaron Hicks put a pair of runners on base with Trevino coming to the plate. Everyone knew the magnitude of this stage of the game, and it was no secret that all it would take is a base hit to win this game.

Facing a 1-1 count from Mills, Trevino got one to his liking and ripped it into left field for the game-winning knock as the Yankees take down the Cubs 2-1 in 13. Morel, Heyward, and Madrigal paced the offense as they were responsible for six of the Cubs' nine hits in the loss.