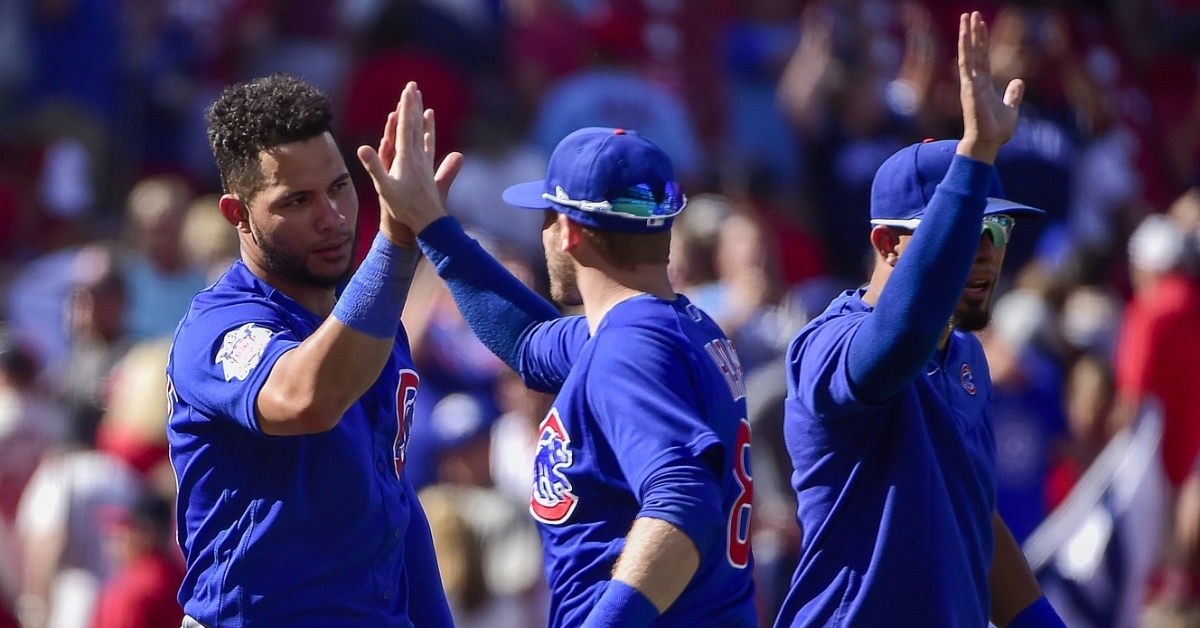 ST. LOUIS - At some point, you have to give David Ross and his Chicago Cubs (28-45) some credit. Record aside, which isn't good, this team doesn't let anyone intimidate them, not even the St. Louis Cardinals (41-34), battling for first place in the NL Central.

This is a Cardinals team that is simply better than the Cubs in every facet of the game, yet the Cubs took two of three from them this weekend after claiming a 6-5 extra-inning win on Sunday. They are now 4-4 this season against the Cardinals as they have proven they can hang with anyone in short spurts.

Alec Mills was added to the rotation for this game after Matt Swarmer had four consecutive rough starts. Well, Mills wasn't much better as he was roughed up for five earned runs in 2 2/3 innings. The Cubs then went to Swarmer and tried him out of the pen as he struck out four in his two innings of work.

However, when you are down five and facing Jack Flaherty, that is never an easy mountain to climb. Granted, this is not the Flaherty of 2019 and 2020 who was pitching at a Cy Young level, but he is still viewed as the ace of this staff when he is right. Flaherty lasted two innings before he left the game as it became a battle of the bullpens the rest of the way.

The Cardinals wasted no time getting the party started, with Brendan Donovan picking up a one-out triple before coming home on the Nolan Arenado double two batters later to put the Cardinals in front 1-0. Looking to respond in the second, the Cubs had a golden opportunity to make something happen as Yan Gomes picked up a one-out double before a fielder's choice a David Bote walk loaded the bases with one out.

As the season-long story goes, this team can't hit with runners in scoring position and couldn't cash in another great opportunity. For the Cardinals, it was a Tommy Edman fielder's choice to make things 2-0 before busting out the long ball in the third to take a commanding lead. Back-to-back homers from Donovan and Paul Goldschmidt opened the bottom of the third inning before Juan Yepez added another solo shot later to chase Mills and take a 5-0 lead. This is where the game changed as the Cubs bullpen kept the Cardinals off the board the rest of the way.

With Flaherty out of the game, the Cubs had to like their chances a lot more and immediately started to chip away at that lead in the fourth. Singles from Nico Hoerner and Gomes put the offense in a good place before Alfonso Rivas made it three straight singles to get the Cubs on the board.

Bote made it four straight singles to load the bases, but now there was one out in the inning. Unlike last time in this same situation, Rafael Ortega would ensure more damage was done as his RBI double made things 5-3 and kept the Cubs offense in business. A Willson Contreras single continued to the merry-go-round of a party as two more runs came across to score, and just like that, it was a 5-5 game.

Credit both bullpens following the Cubs five-run inning. Not only did they keep each other off the scoreboard the rest of the way, but they did a fabulous job limiting each others scoring chances as only a few runners were able to reach scoring position. That trend continued into the ninth inning, where both teams went down quietly as fans would be treated to extra-inning fun in the sun.

Whether you love the ghost runner on second rule or not, if you are a fan of the Cubs, today was one of the days where you loved that rule. Three pitches into extra innings saw Contreras pick up a two-strike single as Nelson Velazquez raced around third to put the Cubs in front for the first time, 6-5. With one down in the inning, the Cubs were threatening as Patrick Wisdom connected for a double, moving runners to second and third with one out.

An intentional walk to Hoerner loaded the bases. Still, it proved the perfect idea for the Cardinals as Jake Woodford got Gomes to ground out into an inning-ending double play and prevented any further damage from happening. Looking to finish off the Cardinals in the 10th was David Robertson, who continues to improve his trade value by the day.

Not only did Robertson pick up a pair of strikeouts, but he needed just 15 pitches to put the Cardinals away as the Cubs managed to take another series from a very good Cardinals team. The Cubs outhit the Cardinals 11-8, with four players having multi-hit efforts, including Contreras, Hoerner, Gomes, and Rivas.