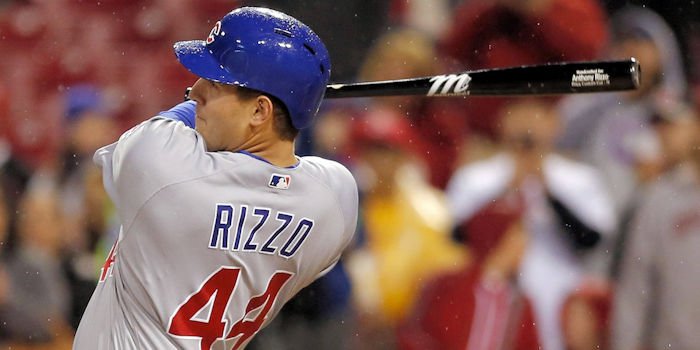 CHICAGO – The Chicago Cubs will host their second homestand of the 2017 season as they take on the Philadelphia Phillies May 1-4, followed by an Interleague visit from the New York Yankees May 5-7. Former Cubs closer Aroldis Chapman, now playing with the Yankees, will receive his 2016 World Series Championship Ring before Friday’s game.

The homestand includes the first Budweiser Bleacher Friday of the season May 5, featuring a Cubs Caricature T-shirt presented by Budweiser for up the first 5,000 Budweiser Bleacher fans age 21-and-older. Fans can take a shot at hitting their own home run into Wrigley Field’s Budweiser Bleachers through a digital Home Run Derby Activation in the Park at Wrigley, or simply order a cold one from the Park at Wrigley’s Budweiser Micro Bar. Once inside, bleacher guests can visit the 7th Inning Stretch Booth by the Bud Bar in center field to sing the stretch like their favorite celebrities and have their photos taken by the Bud Girls, who also will give away free koozies during the game. Following the game, fans are invited to keep the party going at Merkle’s Bar and Grill located at 3516 N. Clark St. to enjoy drink specials and giveaways.

On Sunday, May 7, the Cubs and Advocate Health Care will “Pink Out” the Budweiser Bleachers once again to promote breast cancer prevention awareness while celebrating women everywhere who are survivors. Guests in the Budweiser Bleachers will receive a pink “Save Second Base” T-shirt, and everyone inside the ballpark will be invited to stand to honor cancer survivors during an announced inning break. Breast cancer survivors will participate in festivities including ceremonial first pitches, singing the national anthem, forming a symbolic pink ribbon around the pitcher’s mound, meeting Cubs players as they take the field at each position and leading the 7th inning stretch.

On Wednesday, May 3, the Chicago Fire Department Color Guard will present the colors during the national anthem as part of Firefighter Appreciation Night.

Professional golfer Luke Donald and American Formula One driver Alexander Rossi, who won the 2016 Indy 500 as a rookie, will throw ceremonial first pitches Thursday, May 4.

Actor and Chicago native Joe Mantegna will throw a first pitch and lead the stretch Friday, May 5.

On Sunday, May 7, breast cancer survivors will throw ceremonial first pitches, sing the national anthem and lead the 7th inning stretch as part of the annual “Pink Out” presented by Advocate Health Care.

Bud Fridays kick off Friday, May 5, with a Cubs Caricature T-shirt presented by Budweiser for up the first 5,000 Budweiser Bleacher fans age 21-and-older.

On Saturday, May 6, up to the first 10,000 fans will receive Cubs Decals presented by Pepsi.

Up to the first 5,000 Budweiser Bleacher fans will receive a Cubs "Pink Out" T-shirt presented by Advocate Health Care Sunday, May 7.

Among a host of new staple food and beverage offerings announced for the opening homestand, fan-favorite Hot Doug’s will continue rotating its selections from Platform 14, located behind the center field scoreboard in the Budweiser Bleachers. Served this homestand are the Dave Rosello, an Argentinian pork and bacon sausage topped with curry dijonnaise, smoked gouda and crispy fried onions; the Pete LaCock, a ribeye steak sausage with horseradish cream and blue cheese; and the Gene Clines, a spicy polish sausage with sweet and spicy mustard, caramelized onion and cheddar cheese.

On Tuesday, May 2, Cubs Charities and the Robert R. McCormick Foundation will announce more than $1 million in grants to nonprofit organizations serving those in need in the Chicago area at 11:30 a.m. at Wrigley Field’s Audi Club.

This year, the Cubs will celebrate 27 years of Cubs Care, which has donated more than $21 million to Chicago nonprofit organizations since its inception. The luncheon marks the 13th consecutive year more than $1 million has been donated to Chicago communities through Cubs Care and Cubs Charities. Cubs Care grants help organizations provide youth health and wellness programs and youth education programs.

On Wednesday, May 3, Cubs Charities will recognize the 2016 Diamond Project grantees on-field during a pregame ceremony. In 2016, Cubs Charities awarded more than $860,000 to 14 Chicago-based organizations leading the charge to improve playing fields and promote baseball.

Cubs manager Joe Maddon continues his support of Chicago nonprofit organizations through his “Respect Community” charity T-shirt initiative. After every Friday home game, Maddon will represent a different Chicago nonprofit by wearing the organization’s T-shirt during his post-game press conference. On May 5, Maddon will represent Union League Boys & Girls Club, which strives to enable all young people to reach their full potential as productive, responsible and caring citizens. The Union League Boys & Girls Club currently serves more than 13,200 enrolled members between the ages of 6-to-18 at eight locations. The organization also staffs and manages its own 247-acre summer camp in Salem, Wisconsin, where youth from Chicago’s inner city participate in enrichment activities in an environment free from drugs, gangs and violence.

In addition, the Chicago Cubs Union League Boys and Girls Clubs RBI (Reviving Baseball in Inner Cities) program is fully funded by a grant from Cubs Care, a fund of the McCormick Foundation. The league serves more than 300 youth in Chicago ages 13-18. The program teaches positive values such as teamwork, discipline and fair play to low-income, at-risk youth.

· Promotion: Cubs Decals presented by Pepsi, up the first 10,000 fans