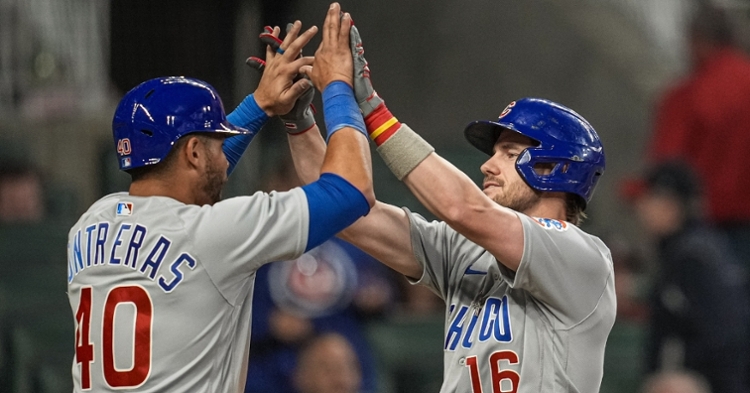 ATLANTA - The next 12 games will tell us a lot about this Chicago Cubs (8-10) team as their season hinges on what they do right now. Not only are they facing the defending World Series Champion Atlanta Braves (8-11) to start the week, but they have the Milwaukee Brewers looming this weekend.

They then follow that up with the Dodgers, as things will not be easy for the next two weeks. After dropping a low-scoring affair at Suntrust/Truist Park on Tuesday, the Cubs were back at it again on Wednesday, looking to even things up. Like on Tuesday, Atlanta was sending a tough customer to the Hill with Charlie Morton getting the start.

With Alec Mills having a setback and other starters still on the shelf, Mark Leiter Jr continues to hold down a starting spot, but was handled differently this time around. Across his first two starts, Leiter Jr did great the first time through the order before getting lit up after that. That seems to make for a perfect opener like some teams use, and David Ross did precisely that with Leiter going just two innings before handing things off to the pen.

For the most part, Keegan Thompson, Scott Effross, and Chris Martin did their job as they allowed just one run over five innings of work, with that run getting charged to Thompson. That was the first run he allowed all season, as his ERA is 0.54. Holding a 3-1 lead late, Mychal Givens was called on to pitch the eighth and saw the Braves rally to tie things up and helped send the game to extras. The Cubs would waste little time in that extra frame as they put up a three-spot to secure the 6-3 win.

Unlike on Tuesday, the Cubs offense not only got off to a quick start, but hard Morton on the ropes early, which isn't an easy thing to do. After working around a pair of first-inning walks, Morton was in more trouble in the second, walking Patrick Wisdom ahead of the Jason Heyward singles to put runners on the corners. One batter later saw Nick Madrigal sacrifice a run for an out as his RBI groundout put the Cubs in front 1-0.

One inning later saw the Cubs continue to keep the pressure on, with Rafael Ortega leading things off with a double before coming home to score on the Seiya Suzuki double. Following a wild pitch that sent Suzuki to third, Ian Happ did the dirty work as his sacrifice fly put the Cubs on top 3-0. Against a team like Atlanta, every run is critical, and when you leave nine guys on base, you are playing with fire.

Fortunately, the Braves stranded 10 men on base as the Cubs bullpen continued to do their jobs. It took five innings for the Braves to finally get on the board, but nearly 17 innings for someone to crack Thompson. After a one-out walk put Matt Olson on base, Austin Riley sent him to third with a single, and just like that, the Braves were threatening. Travis D'Arnaud put Atlanta on the board with an opposite-field single as the Braves trailed 3-1.

That was the last of the runs for quite a while as the Cubs continued to show why their 1.44 bullpen ERA is fourth-best in the majors to this point. Givens was looking to keep his strong season going in the eight as he was summoned to keep the Braves off the board. Despite striking out the first two hitters he faced, Givens was not on his A-game, allowing two-out singles to Adam Dickerson and Adam Duvall and then loading the bases on a walk.

Facing a full count and needing to make a good pitch, Dansby Swanson won the battle as his single made it four straight Braves to reach base and tied things up 3-3. That would be all for Givens as David Ross went to David Robertson one batter too late, but got into the ninth. Not only did Kenley Jansen make quick work of the Cubs, but so did Robertson, as it was time for some free baseball for fans.

With Tyler Matzek called on to pitch the 10th, the Cubs wasted little time greeting him with a rude welcome as Willson Contreras ripped an RBi double to left to give the Cubs the lead for good 4-3. Two batters later saw Patrick Wisdom unload for his third homer as his two-run shot put the Cubs up 6-3 and headed to the bottom of the 10th.

Rowan Wick was looking for his first save of the season as his last few outings have been much better. Helped by some overaggressiveness by the Braves, Wick closed the door striking out a pair to secure the 6-3 win. The Cubs tallied 11 hits in the game, with all nine of their regulars having at least one hit. Suzuki and Madrigal led the way with two hits.