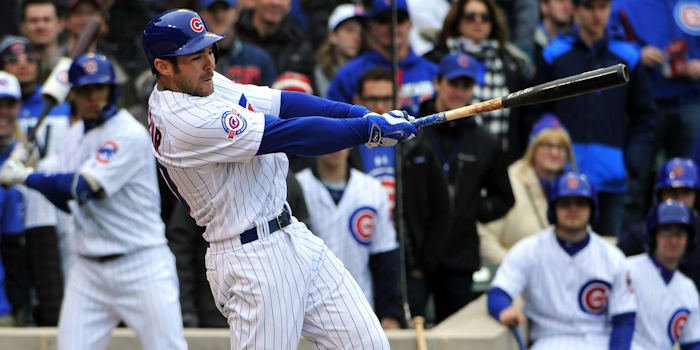 CHICAGO -- After winning only one game in walk-off fashion in the first 103 games of the 2016 slate, the Chicago Cubs (66-41) have now done so twice in their last four games. It took a meltdown on behalf of the usually reliable Miami Marlins (57-51) closer A.J. Ramos, but the Cubs scored three runs in the bottom of the ninth to top the Marlins 5-4 at home.

Fresh off of his return from a drug-related suspension, Marlins second baseman Dee Gordon fueled Miami from the start, hustling to first to garner a leadoff infield single in the first at-bat of the game, stealing second thereafter and, later, scoring on a double by left fielder Christian Yelich.

Little offensive action occurred in the early stages of Wednesday’s game, with starting pitchers Tom Koehler of the Marlins and John Lackey of the Cubs engaging in a duel on the mound. With the two striking out 15 batters between them, runs were hard to come by for both teams.

The Cubs knotted the game up at one run apiece in the bottom of the sixth. Due to the first important wild pitch of the game, Cubs first baseman Anthony Rizzo, who had already reached base via a single, trotted to second on an errant pitch by Koehler. After advancing to third on a groundout, Rizzo was brought home on a single off the bat of left fielder Willson Contreras.

Lackey came unraveled in the ensuing inning, hitting a batter and giving up a two-run round-tripper to Marlins catcher Jeff Mathis, only the second home run of the season for the backstop. Recent Cubs acquisition Joe Smith relieved Lackey in the eighth and looked shaky in his Cubs debut. Yelich hit a solo home run off of him to provide the Marlins with a commanding 4-1 lead. The extremely talented Yelich was the spark plug for Miami on Wednesday, going 3-5 with two RBI on the day.

Sporting a formidable back end of the bullpen, the Marlins appeared to be in good shape upon entering the bottom of the eighth. However, setup man Fernando Rodney enabled Cubs center fielder Dexter Fowler to score on a wild pitch that cut Chicago’s deficit to two runs. Then, in the ninth, Ramos fared far worse.

In the bottom of the ninth, the first three Cubs batters all reached base, and catcher Miguel Montero, who started the inning's action off with a leadoff double, came home on a sacrifice fly from Fowler that pulled the Cubs to within one. Ramos next struck out Chicago third baseman Kris Bryant and intentionally walked Rizzo. With only one out separating the Marlins from an impressive road victory, Ramos imploded, walking in the tying run and letting the winning run skate home on a wild pitch. As pinch hitter Matt Szczur crossed the plate to finalize the Cubs’ 5-4 comeback victory, the fans in the Friendly Confines erupted.

It took a blown save of epic proportions, but the Cubs garnered a three-game sweep of the Marlins. Reliever Justin Grimm earned the win today, and, of course, Ramos earned the loss. Now 14-6 in their last 20 games, the streaking Cubs will now carry their momentum to the Bay Area for a three-game series against the Oakland Athletics (47-59).