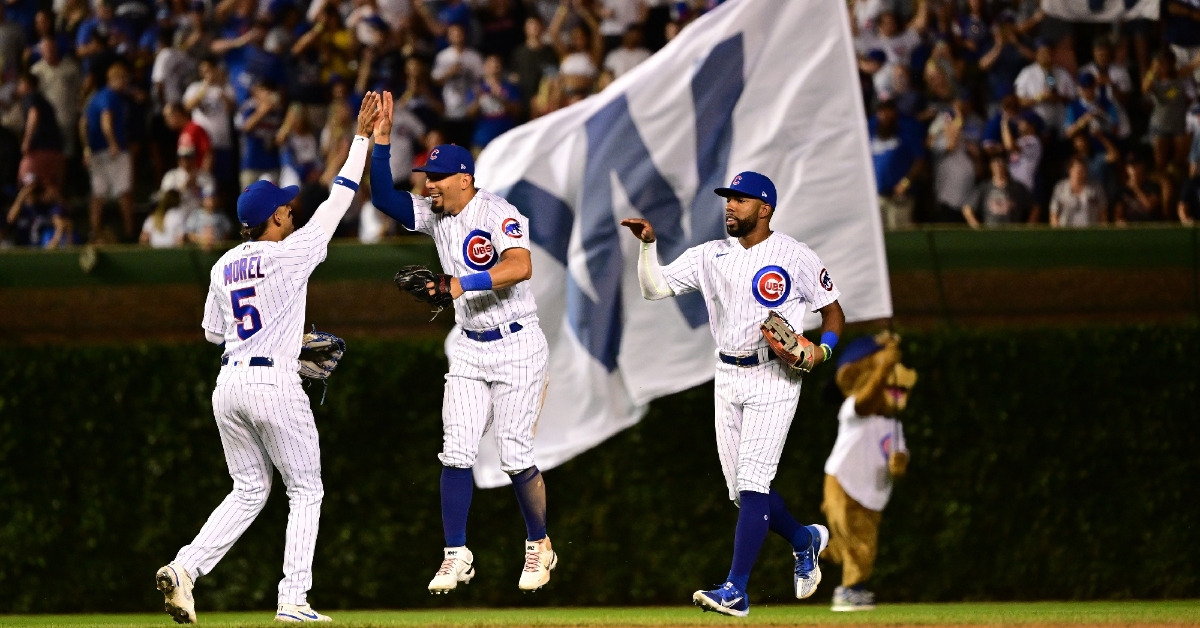 CHICAGO - Baseball is full of peaks and valleys and the Chicago Cubs (32-46) have gone through their share of both. After peaking early in the season and getting off to a hot start, this team went on a 10-game losing streak and lost 20-28 games at one point. That was the valley everyone talks about.

However, this team is starting to play a much better brand of baseball lately, and that continued with the Boston Red Sox (43-35) Saturday at Wrigley Field. Despite starting pitcher Alec Mills leaving the game with lower back comfort after just seven pitches, it was Mark Leiter Jr who came in to play hero.

The veteran swing man gave the kids all they needed and more as he tossed 5 ? innings allowing just one run on three hits while striking out five. He turned things over to Mychal Givens and David Robertson as the Cubs took down the Red Sox for the second time in as many days 3-1. The win not only gives the Cubs a series win against Boston, but it now gives them three straight series wins as this team is starting to improve on a daily basis.

After retiring the first batter he faced, Mills allowed a one out double to Rafael Devers and that is when he felt something barking at him. Mills was looked at by David Ross and the training staff, but was unable to continue as he was pulled after just seven pitches. Leiter Jr took over from there and did what he needed to do to get out of the inning without allowing a run.

Opposing Mills was Josh Wincowski who gave the Red Sox a strong showing of his own. After getting through the first without allowing a run, Wincowski ran into some second inning trouble as the bottom of the Cubs order was looking to make something happen. Patrick Wisdom got things rolling with a leadoff single and would end up advancing to third on a costly throwing error.

That proved to be extremely helpful for the Cubs as the red hot Nico Hoerner followed that single up with one of his own to put the Cubs on top 1-0. Hoerner would advance to second on another error by the Red Sox defense before moving to third on the Yan Gomes groundout. Once again the Cubs made the Red Sox pay for their mistakes with Narciso Crook adding a sacrifice fly to give the Cubs a 2-0 lead after two innings of play.

Looking to keep things rolling in the third, the Cubs had another great opportunity with Christopher Morel leading things off with a single before the Rafael Ortega single followed it. Unfortunately a double play killed the Cubs rally as they remained in front 2-0. While two runs doesn’t seem like a ton, but when you look at how Leiter Jr and the Cubs pitching staff has thrown all weekend that two run lead seemed like five.

It took Boston Six innings to finally cash in on an offensive side of things, but you knew they were going to battle back at some point. Jackie Bradley Jr got the inning started in a big way using a leadoff double to put himself in scoring position. That was followed by a Jarren Duran single as the Red Sox had runners on the corners with no outs. Needing an out in a big way, the Cubs were willing to trade a run for an out and did so by getting Devers to ground into a double play to make things 2-1. That was a critical play in this game as it killed any more positive momentum from Boston and the Cubs still in front by a 2-1 score.

With Givens shutting the Red Sox down in both the seventh and eighth innings, it was the Cubs turn to add onto their lead as they were looking for much needed insurance runs. A one out single by Willson Contreras was a great start, but with two outs the Cubs were in danger of stranding another baserunner. That was until a wild pitch from Tanner Houck moved him up 90 feet which allowed for Wisdom to deliver the huge RBI single extending the lead to 3-1.

Down to their final three outs, the Cubs called on Robertson to slam the door in the ninth. Robertson didn’t get off to the start he would have liked by allowing a lead-off double to Duran which brought the game-tying run to the plate. Following a pair of strikeouts, Xander Bogarts worked a walk putting a pair of runners on base. Robertson didn’t waiver as he induced a game-ending line out by Alex Verdugo to claim another series win.