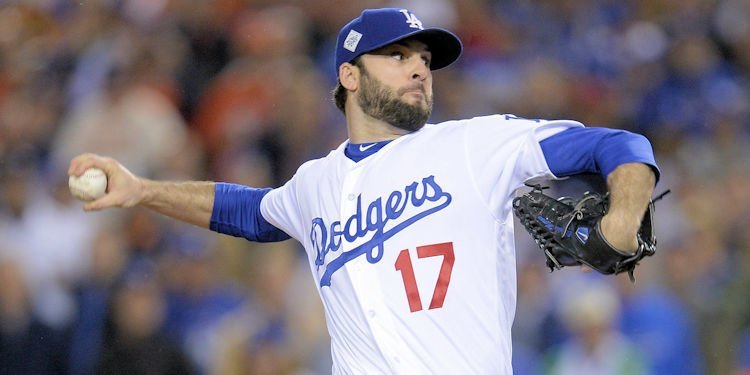 ORLANDO – The Chicago Cubs and right-handed pitcher Brandon Morrow have agreed to terms on a two-year contract that includes a club/vesting option for the 2020 campaign. Terms of the deal were not disclosed.

Morrow, 33, went 6-0 with 10 holds, two saves and a 2.06 ERA (10 ER/43.2 IP) in 45 relief appearances for the Los Angeles Dodgers last season. He posted a 0.92 WHIP and did not allow a home run in his 43.2 innings pitched. He walked only nine batters while fanning 50, an average of 1.9 walks and 10.3 strikeouts per nine innings. Morrow limited opponents to a .194 batting average, including a .125 mark by left-handed hitters and a .231 mark by righthanders, while his .454 opponents OPS was the lowest mark in the National League by any pitcher with at least 40 appearances.

The righthander saw action in 14 post-season games in 2017, including all seven games of the World Series, and posted no record and a 3.95 ERA (6 ER/13.2 IP). He became only the second pitcher in major league history to appear in seven World Series games, joining Oakland’s Darold Knowles in 1973.

Beyond excited to be joining the @Cubs! What an amazing opportunity to be joining such a storied franchise and live in an incredible city! Get ready to #FlyTheW! ??

Morrow was originally selected by the Mariners in the first round (fifth overall) of the 2006 Draft out of UC Berkeley.

The #Cubs and LHP Drew Smyly have agreed to terms on a two-year contract through the 2019 campaign. pic.twitter.com/O95TC2VXhz

ORLANDO – The Chicago Cubs and left-handed pitcher Drew Smyly have agreed to terms on a two-year contract through the 2019 campaign. Terms of the deal were not disclosed.

The southpaw has averaged nearly a strikeout per inning in his career (552 strikeouts in 570.1 innings) while limiting foes to a .243 batting average, including a .202 batting average, .243 on-base percentage and .334 slugging percentage to left-handed hitters. Overall, he has turned in a 1.20 career WHIP and a 3.4 strikeout-to-walk ratio.

Smyly deal is $3 million guaranteed in year one, $7 million in year two. Up to $6 million more in incentives in 2019 if he's a starter, $1 million if he's a reliever. Potential for $16 million total.