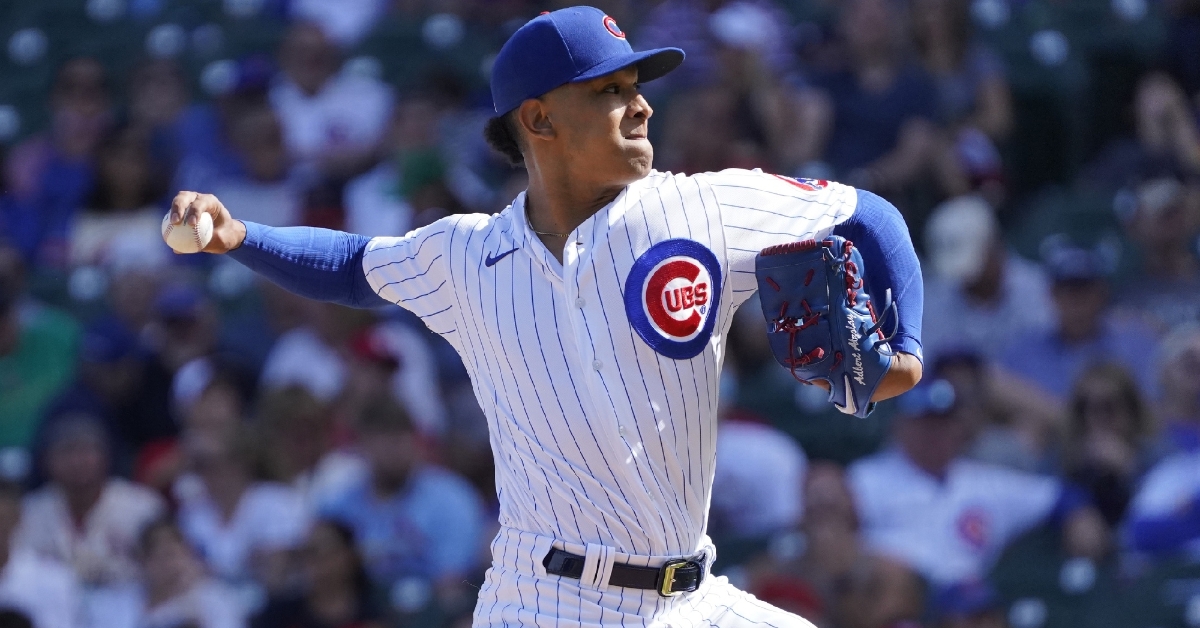 CHICAGO – There wasn't much to get excited about for the final homestand at Wrigley Field as the Chicago Cubs (67-89) went 0-6 on the homestand to finish 39-42 at home this season. After losing two straight to the Twins, the Cubs turned around and dropped four straight to the St. Louis Cardinals (87-69), who can't do anything wrong at this point.

Despite a great outing from Keegan Thompson and Adbert Alzolay, who allowed two runs in 6 2/3 combined innings of work, it was the Cubs bullpen again faltering late as Codi Heuer suffered his second loss of the series. Once again, the Cardinals rallied late and picked up a 4-2 win to cap off the weekend sweep and won their 16th straight game.

Thompson has had his issues as a starter this season, but that is all part of the learning process for someone who was great out of the pen. In just his second start since returning from the DL, Thompson delivered a great outing that some would argue was his best performance of the season. Although brief, Thompson allowed one run on three hits in three innings of work to go with one walk. However, the thing to take away from this start was his seven strikeouts out of a possible nine outs as he had his stuff working.

His lone blemish came in his final inning of work as Paul Goldschmidt unloaded for a long solo homer to put the Cardinals on top 1-0 in the third. He gave way to Alzolay, who tossed 3 2/3 impressive innings of relief as his season has turned around since he moved to the pen to have his innings monitored. Opposing Thompson was Jake Woodford, who was equally as good early on.

After keeping the Cubs scoreless through three innings of work, he began to lose his composure in the fourth, and the Cubs made sure to capitalize. With Willson Contreras leading the inning off with a walk, Matt Duffy singled to right as his strong final month of the season continues. With one down and two men on, Sergio Alcantara came through as his ground-rule double had the Cubs on the board and on the cusp of getting more.

That was precisely the case with David Bote as he lifted a Woodford pitch to right field to score Duffy as the Cubs took a 2-1 lead. A small victory at this point, but that was all Woodford and the Cardinal pitchers allowed as runs were tough to come by on both sides. In danger of their lead slipping away in the sixth after a Tyler O'Neill leadoff single and Daniel Carlson walk, Alzolay was able to pitch out of trouble keeping the Cubs in front for a bit longer.

The same can be said for the Cubs in the seventh, as they had an opportunity to tack on and make things even more difficult for the Cardinals. Bote continued a relatively good day with a leadoff single to center before advancing to second on a one-out single by Rafael Ortega. Hoping for a big hit to score a run, the season-long struggles with runners in scoring position continued as Frank Schwindel, and Ian Happ went down swinging, keeping things 2-1.

Called on to pitch eighth was Rowan Wick, who retired the first two hitters in the inning before

Harrison Bader continued his ridiculous series with a solo homer to tie things up 2-2. That was all Wick allowed as it was time for Heuer to pitch the ninth in hopes of keeping things tied. Not only did Heuer have a rough outing, but he loaded the bases three batters in as walks to Goldschmidt and Andrew Knizer were sandwiched between Lars Nootbaar bunt single as the Cardinals were in the driver's seat and in position to strike.

As good as Heuer has been with the Cubs, September hasn't been too kind, especially his last few outings where the command has been an issue. That was the case once again on Sunday as he uncorked a wild pitch with the bases loaded, helping to push the winning run across with the Cardinals leading 3-2. O'Neill added to that lead with an RBI groundout to Heuer as the Cardinals took a 4-2 lead into the bottom of the ninth with Giovanni Gallegos coming into pitch.

Following a Bote strikeout to lead things off, Austin Romine and Ortega worked consecutive walks as the winning run came to bat. That man was Frank the Tank Schwindel, who has come away with countless big hits all season. Looking to keep that trend alive, Schwindel popped one up to third and, as an infield fly, was called, giving the Cubs two outs in the inning.

To make things even more interesting, there was a lot of controversy on that play as both Romine and Ortega moved up on the play, with Ortega getting tagged out for what looked to be the final out. After the umps got together, it was decided that the second base ump granted time which made the tag on Ortega nullified.

Cardinals' manager Mike Schilt disagreed and voiced his displeasure before getting thrown out of the. With a chance to tie things up with a hit or win it with a homer, Happ came to the plate as he, too, has been one of the Cubs best hitters. However, Gallegos was having none of it as he struck Happ out with a nasty breaking ball handing the Cubs a 4-2 loss and an 0-6 homestand to end the season.

This season marks the first time since 2013 that the Cubs have had a losing record at home as nothing has gone right this season.

The Cubs will finish their 2021 season with a six-game road trip, starting with three at Pittsburgh Tuesday night before finishing up with these Cardinals again.