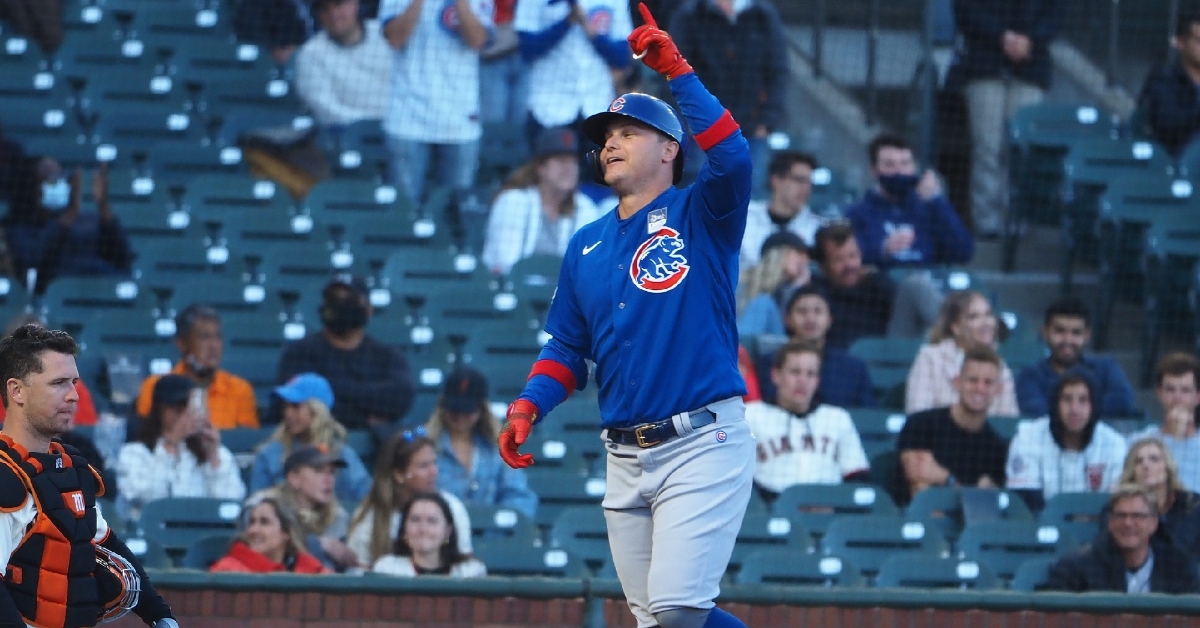 SAN FRANCISCO — A high drive powered out of Oracle Park was all that the Chicago Cubs (32-24) were able to muster from a scoring standpoint on Thursday night. In their first game on the West Coast since 2019, the North Siders fell to the San Francisco Giants 7-2, despite Joc Pederson's aforementioned two-run homer, which landed in McCovey Cove. Zach Davies was outperformed by Anthony DeSclafani in the starting-pitching matchup, and the Giants outhit the Cubs 11-5.

Pederson began the game by lofting a fly ball out to deep center field, which was caught on the warning track. Kris Bryant also doubled in the top of the first but was left stranded. Wilmer Flores led off the bottom of the second with a triple and came home on an RBI single by Brandon Crawford. Donovan Solano hit an infield single after that, and, following a strikeout of Steven Duggar, Davies walked Mike Tauchman to load the bases. Davies then struck the next two batters out, leaving three runners stranded.

Eric Sogard hit a leadoff single in the third, and, after nearly homering in the first plate appearance of the contest, Pederson drilled a two-run shot out to right. The go-ahead 427-footer splashed down in McCovey Cove, making Pederson just the fourth-ever Cub to swat aa home run into San Francisco Bay. Tauchman reached via an infield single with two outs in the fourth, and DeSclafani then garnered his first RBI of the season with a double to deep right, which scored Tauchman.

A DeSclafani double makes it a tie game ?? pic.twitter.com/6Q4r1YpMKk

Buster Posey and Alex Dickerson tabbed consecutive singles to begin the bottom of the fifth, but Dickerson was then picked off at first from behind the plate by Willson Contreras. Davies proceeded to walk Flores and was relieved by Rex Brothers, who gave up a go-ahead three-run jack to Crawford. Crawford's 422-foot dinger to right-center put the Giants in front for good. DeSclafani struck out the side in the sixth, but the Cubs were not pleased with some of the strike calls made by home plate umpire Laz Diaz in the frame.

He is the best. pic.twitter.com/jMQOI1QaD5

DeSclafani drew a walk off Brothers in the sixth, and Dillon Maples ended up finishing the inning off. Dickerson led off the bottom of the seventh by reaching on a tapper but was outed at second on a fielder's choice groundout hit into by Mauricio Dubon. Dubon nearly got picked off at first by Maples, with Anthony Rizzo appearing to think that he had tagged Dubon out. However, Dubon was called safe, and the call was upheld following an unsuccessful Cubs challenge.

Thereafter, Dubon stole second and made it to third on the steal due to a throwing error committed by Contreras. Crawford drew a walk, and Solano ushered Dubon home with a sacrifice fly, with Crawford taking second on the throw to the dish. Duggar then came through with a two-out RBI single that scored Crawford. Following a steal of second by Duggar, Maples concluded the inning by striking out Tauchman. Brad Wieck tossed a scoreless bottom half of the eighth, but the Cubs went down in order in the top of the ninth. With the 7-2 loss, the Cubs started their seven-game West Coast swing on the wrong foot.