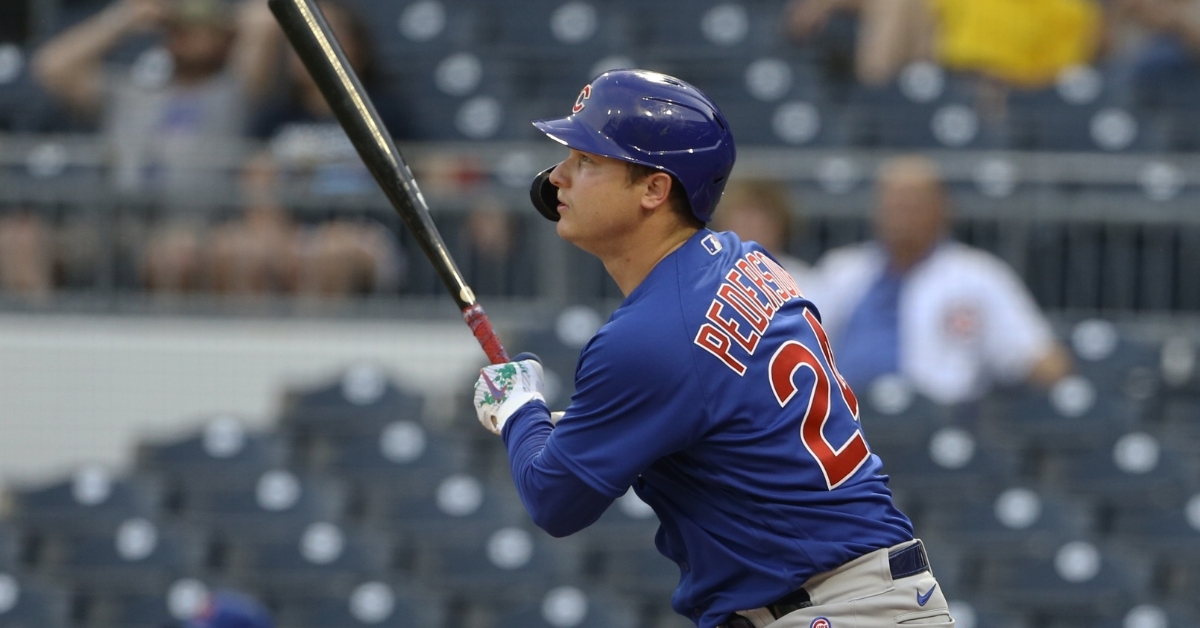 PITTSBURGH — Joc Pederson has been on a tear at the plate as of late, and his hot-hitting ways continued on Tuesday, when the Chicago Cubs (25-22) opened a three-game series versus the Pittsburgh Pirates (18-29) with a win. Going yard twice on the night, Pederson went 3-for-5 and drove in three runs out of the leadoff spot. The Pirates wasted an early 3-0 lead at PNC Park, getting outscored 4-0 following the second inning. A go-ahead RBI single by Anthony Rizzo plated Javy Baez in the top of the fifth, leading to the eventual final score of 4-3.

Struggling at the onset of his outing, Jake Arrieta gave up two runs in the first frame. Adam Frazier hit a leadoff single, and Ben Gamel followed with a double. Frazier then scored from third on a passed ball suffered by P.J. Higgins, who started behind the plate in place of a banged-up Willson Contreras. Higgins was crossed up on the pitch but charged with a passed ball, nonetheless. Gamel scored on a Jacob Stallings RBI base knock soon after that.

Ian Happ and Nico Hoerner smacked back-to-back singles off Cody Ponce, who was making his season debut, to begin the second. Happ then tagged up and reached third on a David Bote flyout, but Higgins left both runners stranded by grounding into an inning-ending double play. Will Craig swatted a ground rule double with one out in the bottom of the second. A two-out RBI single by Gamel plated Craig, placing the Buccos up 3-0. Pederson scored the Cubs' first run with a towering solo blast hit out to right in the top of the third.

Following a single from Arrieta in the fifth, Pederson lined a 401-foot two-run jack over the wall in right-center, tying the score at 3-3. Baez doubled with two away, and Rizzo then hit a chopper up the middle that bounced through the infield and scored Baez. Ponce did not return to the mound in the sixth, as he was relieved by Clay Holmes. Arrieta attempted to pick Bryan Reynolds off at first with two outs in the bottom of the fifth but instead committed a throwing error. Reynolds reached second as a result but did not score.

Another home run for @yungjoc650, who clearly saw everyone disrespecting his mustache on here earlier.#CubTogether pic.twitter.com/9UXBUFMdmU

Hoerner laid down a bunt to begin the sixth inning and was thrown out by Holmes just in the nick of time. Unfortunately, Hoerner strained his left hamstring while attempting to stretch out and beat the throw. After going down in obvious pain, Hoerner gingerly walked off the field and was replaced in the lineup by Eric Sogard. Sam Howard walked Sogard to start the seventh and was yanked after Kris Bryant singled off him with one out, moving Sogard to second. David Bednar took the mound and tallied two straight outs, preventing the Cubs from adding to their lead.

Nico Hoerner goes down grabbing his left hammy after lunging for 1st base on a ground ball. #Cubs cannot afford to lose any more players to injury right now.@Cubs #GoCubsGo pic.twitter.com/AOzkkkgM5E

Here’s Nico Hoerner going down hard in pain (seemed to be his hamstring) on an attempted bunt. pic.twitter.com/ihl2zbrxQD

Keegan Thompson, who pitched a scoreless sixth in relief of Arrieta, walked Frazier with two outs in the seventh and was subsequently replaced on the bump by Andrew Chafin. Wilmer Difo advanced Frazier to third with a double off Chafin, but Reynolds then ended the inning by striking out swinging. Ryan Tepera sat the Pirates down in order in the eighth, and Joc Pederson hit a two-out double in the ninth, which gave way to a Bryant groundout.

With Craig Kimbrel toeing the slab, Cole Tucker notched a leadoff double in the bottom of the ninth and hustled to third on an ensuing flyout by Craig. Kimbrel remained composed, though, and fanned former Cub Ildemaro Vargas for the second out. He then drew a game-ending groundout off the bat of Frazier to leave Tucker stranded and end the game. The 4-3 victory improved the North Siders to 7-3 in their last 10 games.