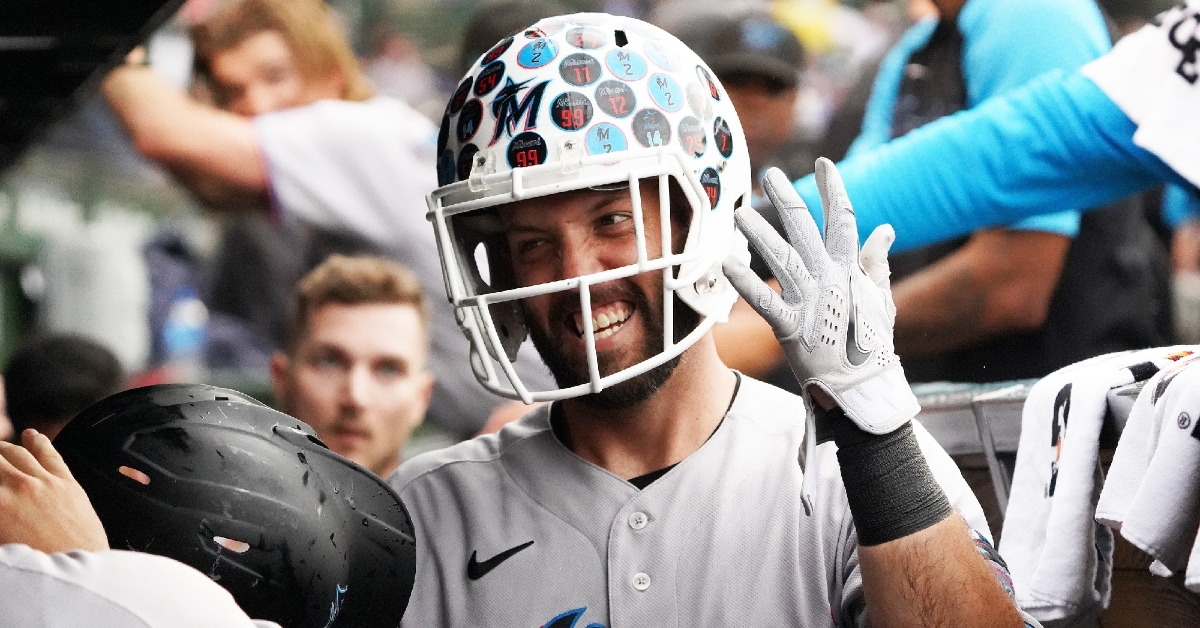 CHICAGO - Sometimes, you have to give credit where credit is due, and the Miami Marlins (49-59) deserve some credit. Despite making the playoffs just once since winning the World Series in 2003, the Marlins have done a great job developing pitching talent that has kept them competitive in recent seasons.

The Chicago Cubs (43-64) found out firsthand how good that pitching could be during the 2020 playoffs and then once again at Wrigley Field on Sunday as the Marlins shut out the Cubs 3-0 behind Jesus Luzardo's dominating start. The 24-year-old former Oakland Athletic farmhand was dominant right from the start as he gave the Marlins seven strong innings of one-hit ball walking one and striking out six.

While Luzardo was busy doing his thing on the mound, the Cubs sent Adrian Sampson to the hill as he looked to keep his consistent run of strong starts going. Sampson gave the Cubs six strong innings, with five coming as shutout innings. The problem was the one inning that wasn't a shutout inning saw Sampson allow a pair of homers which proved to be the difference as the Marlins grabbed the much-needed series finale win.

Sampson was on the ropes early, allowing a first-inning single to Joey Wendle and a one-out walk before an inning-ending double play got him out of that jam. That was the brunt of the baserunners through four innings as the Marlins had one more hit in the second while the Cubs were still looking for their first hit.

With the score still tied 0-0 in the fifth, the Marlins finally broke through as they started to square Sampson up in every facet. Not only did Charles LeBlanc lead things off with a double, but Jacob Stallings provided the game-winning hit as his two-run homer put the Marlins in front 2-0. One pitch later saw Peyton Burdick go deep for his first homer of the season, and just like that, it was a 3-0 Miami lead.

Sampson would recover nicely after that, retiring the next two hitters before allowing a two-out single to Luke Williams, who was erased trying to steal second. It took two outs into the Cubs fifth for their first hit as Yan Gomes came through with a single only to be left stranded on the bases.

Add in the seventh-inning walk from Patrick Wisdom, and those were the only two baserunners the Cubs would have off Luzardo as he made life very difficult for them from start to finish. With this now a game of the bullpens, Kevin Castro was first out of the gate for the Cubs as his second inning with Chicago was miles better than the first.

Sean Newcomb came out to pitch the eighth and had to work out of a jam as his one-out walk to Wendle was mixed with a two-out single by JJ Bleday, and the Marlins were in a position to score again only to come away empty-handed. With Luzardo now out of the game, the Cubs were hoping Anthony Bender would be the solution they needed to score a run as Gomes worked a leadoff walk to put a runner on base. That was about as far as things would get with an inning-ending double play keeping the Cubs off the board once more.

Down to their final three outs, Tanner Scott was called on to convert the save, only to have Nick Madrigal lead things off with a single. That was the second hit of the day for the Cubs, but also their final hit as Scott retired the final three hitters he faced, including strikeouts to Seiya Suzuki and Patrick Wisdom, to end the game.

Although the Cubs endured a relatively quiet loss, it was nice to pick up a series win at home, especially considering how tough wins have been at home this season. Madrigal and Gomes picked up the lone hits for the Cubs, with Gomes also adding a walk. Next up for the Cubs will be the Washington Nationals as they travel to Wrigley Field on Monday for the first of a three-game set.