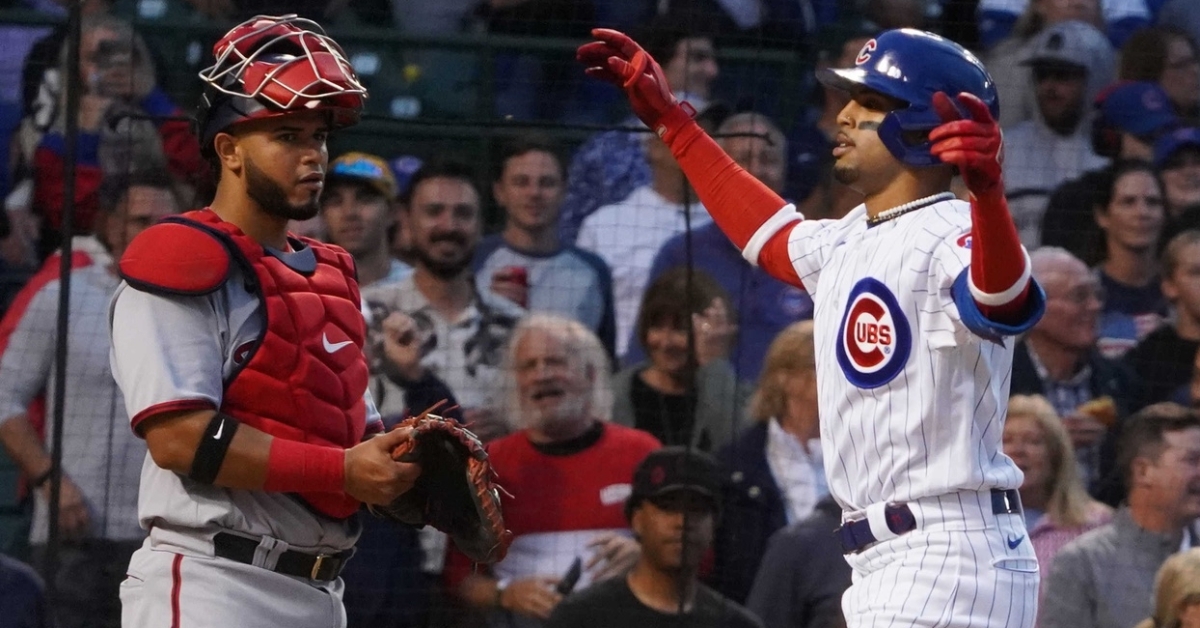 CHICAGO - If you think the Chicago Cubs (44-64) have it bad, it could be worse as you could be the Washington Nationals (36-75). Sure, outside of Willson Contreras, Kyle Hendricks, and Jason Heyward, the rest of the 2016 World Series team is no longer with the organization. However, Washington has gone through a similar makeover, and some would argue that it was even worse than the Cubs.

What started with Anthony Rendon and Bryce Harper a few years ago trickled down to Max Scherzer and Kyle Schwarber last year. Now add another injury to Stephen Strasburg and the recent rade of Josh Bell and Juan Soto, and the Nationals franchise is a shell of what they used to be, hence why they have one of the worst teams in the league right now.

With the Cubs looking to keep their strong stretch of play at Wrigley Field going, it was the Nationals coming to town where they would have to face the current ace of the Cubs staff in Keegan Thompson. While it is unclear how many starts Thompson has left in him, given a possible innings limit, he has earned the ace status as he has been the most consistent pitcher all season.

Once again, the right-hander got through six innings allowing just one run on five hits as he improved to 9-5 with a 6-3 win. Thompson tried a different approach to pitching as he sacrificed strikeouts for quicker outs which helped lower his pitch count. Opposing Thompson was a guy with whom the Cubs are all too familiar in Anibal Sanchez. The veteran right-hander has not only made more than 10 starts against this Cubs team, but has pitched very against them as he entered the game with a 5-2 career record against them.

With the Nationals still searching for their first quality start since early July, Sanchez came close, only to exit in the fifth after being charged with four earned runs. Most of that damage came in the third inning as the Cubs bats started to square him up.

After retiring the first six hitters he faced, Sanchez was bitten by the long ball not once, but twice in that inning as Nelson Velazquez put the Cubs in front for good with a solo shot.

Following a rare Nick Madrigal walk, Christopher Morel unloaded for the 10th time this season as the Cubs raced in front 3-0 off those homers.

Throughout the first four innings, the Nationals were making plenty of hard contact off of Thompson, but had nothing to show for it apart from a few hits. Looking to add to their lead in the bottom of the fourth, Velazquez looked to jumpstart things again with a two-out single before Madrigal took his second walk. It was the first time in his professional career that he took two walks in a game which is an accomplishment in itself for him.

With Thompson working around another jam in the fifth to keep the Nationals off the board, Luke Voit made him pay in the sixth as he got a cutter over the middle of the plate and deposited it over the outfield fence to make things 3-1. Thompson would finish off that inning as his outing came to a close after the sixth.

Looking to keep his team in the game, Sanchez didn't last long into the sixth, with Seiya Suzuki and Patrick Wisdom leading things off with a pair of singles. With Steve Chisek in the game, Nico Hoerner wasted little time extending the Cubs lead as he took the first pitch he saw up the middle for an RBI single to make things 4-1.

One inning later saw the Cubs offense at it again, with Morel leading things off with an infield single which was followed by a Rafael Ortega walk. Two pitches later saw Contreras rip one into left field for an RBI single ahead of the Suzuki sacrifice fly that saw the Cubs build a 6-1 lead. At the time, that 6-1 lead seemed more than enough for the Cubs to win.

That was until the Nationals made some noise off Brandon Hughes in the eighth, which started with a two-out single from the ageless wonder Nelson Cruz. With Joey Meneses entering the game as a pinch hitter, the right-hander got every bit of a Hughes pitch and crushed it to left center for his second homer of the season and brought the Nationals within 6-3.

Down to their final three outs, Rowan Wick entered the game as he will most likely handle the closer duties the rest of the way. After allowing a Lane Thomas single to open the inning, Wick bounced back to record a pair of strikeouts, including the game-ending strike him out throw him out double play as the Cubs took care of the Nationals 6-3.

It was a great day for the Cubs, who saw Velazquez pick up his first three-hit day to lead the offense. Along with that, Jed Hoyer announced that Frank Schwindel would be optioned back to AAA in favor of Franmil Reyes, while Jason Heyward's time with the Cubs has come to an end.