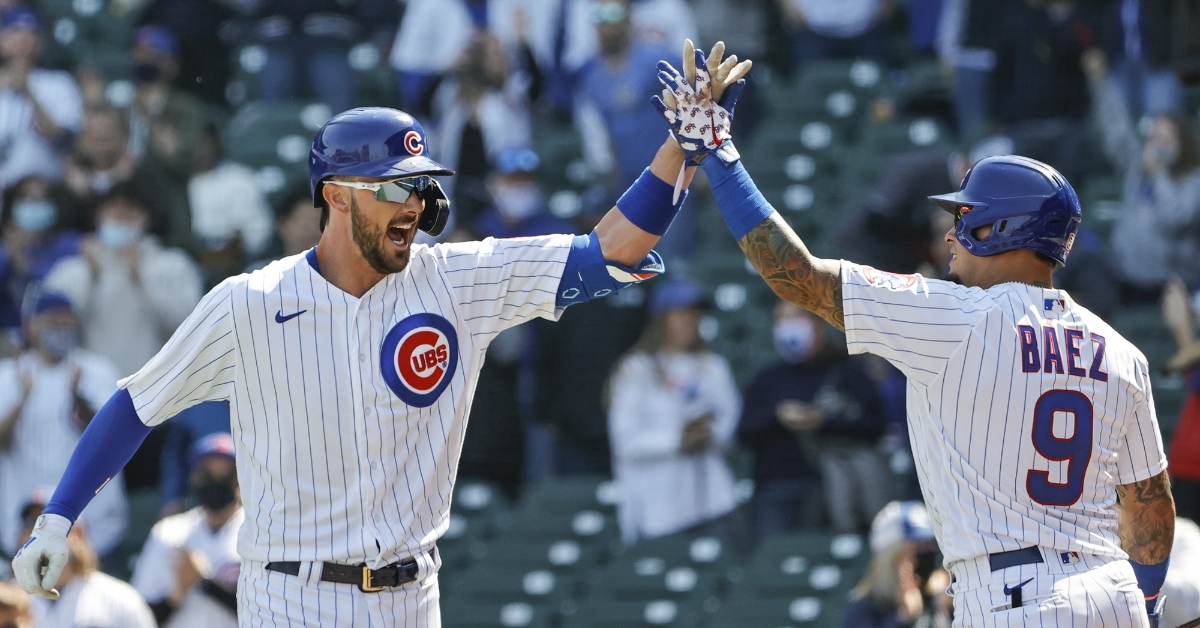 St. Louis Cardinals 26-22: Of all the teams that could be called a favorite to win this division, the Cardinals were the closest to it and have a first-place record to show for it. Nolan Arenado and Paul Goldshmidt have primarily anchored this Cardinals team to success — as well as Jack Flaherty’s perfect 8-0 record on the mound. However, the Cardinals have gone on some hard times, getting swept by the Padres and dropping two of three to the Cubs over the weekend. The Cardinals were able to sweep a two-game series with the Pirates in between.

UP NEXT: With their division lead at just two, the Cardinals head to Chicago to take on the White Sox for three games before a weekend four gamer in Arizona with the Diamondbacks.

CHICAGO CUBS 25-22 (.5 games back): After a very rocky start offensively, the Cubs have turned into one of the best offenses in the league over the last month-plus. Kris Bryant has maintained his MVP form, while Javier Baez and Anthony Rizzo have begun to hit to their potential. That all, mixed with a near 30 innings scoreless streak from the bullpen, leaves the Cubs as one of the hottest teams in baseball. Since we last updated, the Cubs took three of four from the Washington Nationals and took two of three from the St. Louis Cardinals over the weekend.

UP NEXT: This week, the Cubs are in Pittsburgh for three (they won game one on Tuesday) and then head back home to host the Reds for three.

MILWAUKEE BREWERS 24-24 (2.0 games back): The Brewers have slipped a bit lately but remain in striking distance in the NL Central, and their pitching staff is a huge reason why. Corbin Burnes is off to a historically dominant start, with over 55 strikeouts before his first walk issued. In addition, Freddy Peralta and Brandon Woodruff round out the division’s top starting rotation, and the bullpen boasts Devin Williams and Josh Hader. Milwaukee hasn’t had to put many runs on the board to win, and a lineup that has added Kolten Wong and Jackie Bradley Jr. has been good at manufacturing runs. Getting Christian Yelich back to form is a huge priority for the Brewers as he is finally back from injury had has clubbed his first home run of the season. Since we last recapped, the Brewers were swept by the Royals in a two-game series and then rebounded by taking two of three from the Cincinnati Reds over the weekend.

UP NEXT: This week, the Brewers take on the Padres for four (they have split the first two games of the series) and then head to Washington to play three games with the Nationals over the weekend.

The Reds have seen some time leading the division, riding a hot offense to a strong start — but have since dropped off considerably. Last season, it was all about pitching for the Reds — and the team is still waiting for some strides to be made on that side of the ball. Offensively, Jesse Winker has been phenomenal for the Reds, and Nicholas Castellanos is a league leader and MVP candidate in the national league. Since we last updated, the Reds have struggled. The Reds were swept by the Giants in a four-game series and then dropped two of three against the Brewers.

UP NEXT: This week, the Reds travel to Washington for three with the Nats (who they beat on Tuesday) and then to Wrigley for a weekend series with the Cubs.

Pittsburgh Pirates 18-29 (7.5 games back):The Pirates were widely expected to finish last in this division, and after a wildly impressive first few weeks, have fallen back into last place in the NL Central. Regardless of placement in the division, the Pirates are definitely showing signs of improvement. Since we last talked, the Pirates lost two in a row to the Cardinals and then lost three of four to the Atlanta Braves over the weekend.

UP NEXT: This week, the Pirates are hosting the Cubs (they lost game one Tuesday) and then host Colorado for three games over the weekend.