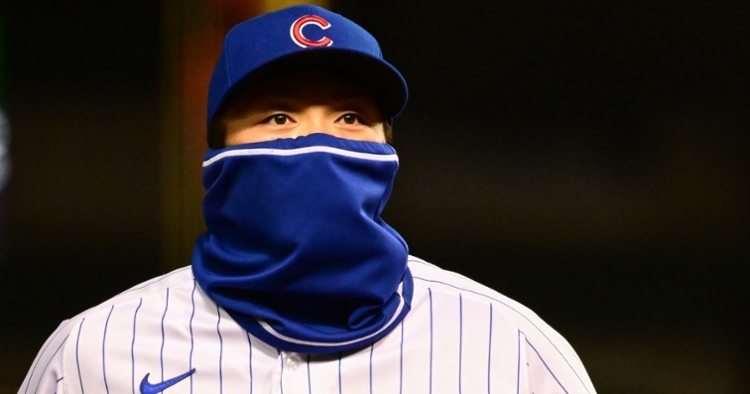 CHICAGO - For the first time this season, the Chicago Cubs (6-8) have gone into a little bit of a funk. After getting off to an impressive 6-4 start when you consider where this team was projected to finish, the Cubs have not lost four straight. The last two have come against the Pittsburgh Pirates (7-7), as this team is starting to play like many fans thought they would.

After having a second straight game moved due to rain concerns, the Wrigley Field faithful were treated to another soggy and chilly night on the diamond. On the mound was a rematch of last week's matchup between Jose Quintana and Drew Smyly, which the Cubs won last time around.

However, this time, it was a different story as the Pirates were finally able to solve Smyly and pulled out the 4-2 win. Consistent all season, Smyly continues to go about his business on the mound giving the Cubs five innings of four-run ball to go with four strikeouts. Keegan Thompson followed that up with another four scoreless innings of relief, and it is getting to the point where the Cubs should just put him in the rotation.

Hoping for a bounce-back performance from the last time he faced his former team, Quintana gutted it out through 4 2/3 innings, but didn't go long enough to qualify for the win. He was spotted with a two-run lead in the second when Kevin Newman connected for the one-out single ahead of the Josh VanMeter walk. On the verge of working around, his second straight jam Smyly wouldn't be so lucky as Roberto Perez pulled one down the third-base line to plate a pair giving the Pirates a 2-0 advantage.

Looking to strike back in their half of the second, the patient approach from the Cubs this season paid off with Patrick Wisdom and Yan Gomes taking walks to set things up for the offense. That set the stage for Michael Hermosillo, who picked a great time to deliver his first hit of the season. Hermosillo took a Quintana inside pitch and sent a missile off the wall in left for the double and tied things up 2-2. Unfortunately for the Cubs, that would be all the offense they would generate as the offense has struggled the past week.

Two innings after scoring the first runs of the game, Pittsburgh responded again with Michael Chavis crushing a Smyly fastball over the center-field fence and putting the Pirates on top for good 3-2. One inning later, it was Perez's turn to get in on the fun as he connected for his first homer of the season to make things 4-2. Although not a ton of runs, it was plenty for Pittsburgh as their bullpen continued to pick up the slack.

What started with Heath Hembree and Chase De Jong rolled into David Bednar as the Cubs were cold offensively. Despite allowing a few hits on his end of things, Thompson continued to dominate in relief as he helped give the Cubs offense a chance in the later innings.

Much like Thursday that saw Derrek Shelton go to his closer in the eighth inning, he was at those same tricks again with Bednar called on to face the heart of the order. After allowing a leadoff single to Seiya Suzuki, Bednar recovered nicely to strike out the side. It was nice to see Suzuki get that hit as he has struggled since moving into the No.2 spot.

With just three outs remaining in the game, Chris Stratton was back on the mound looking for his second save in as many days. A leadoff single from Jonathan Villar made things interesting, only to have the next two hitters go down without further damage. After Nico Hoerner collected an infield hit, the winning run strolled to the plate as the Cubs had a great opportunity to win.

Needing at worst a single to stay alive and bring a run home, the Cubs had precisely who they wanted as Nick Madrigal strolled to the plate. Unfortunately for him, Madrigal would put the ball in play, but right at the second basemen, VanMeter, as his groundout ended the game and gave the Pirates the 4-2 win.

This loss guarantees the Cubs a losing homestand, but you have to give credit where credit is due and that Pittsburgh pen is tough. The Cubs had seven hits in the game, but three of them came from Hoerner out of the nine-hole. Madrigal, Suzuki, Villar, and Hermosillo added the final four in another quiet offensive day.