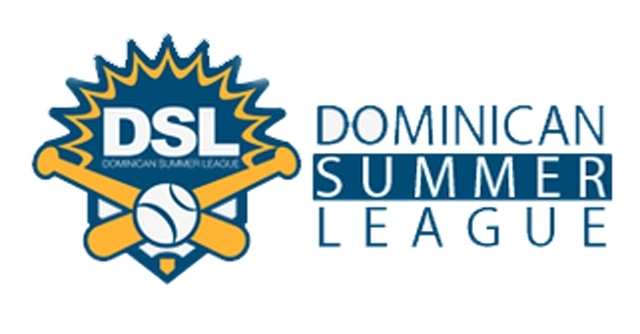 Last but certainly not least in our Minor League organizational preview comes the DSL Cubs. Like the Arizona League, the Dominican League is a rookie summer league whose season will get underway on May 30th. Once with two teams in the organization, the Cubs will now be down to one as Major League Baseball condensed this league down too.

This is probably the least known of the Cubs minor league organizations and often the toughest one to follow, given the lack of media outlets covering it. I have been fortunate enough to find links to watch this team in action and was pleasantly surprised by the amount of talent I saw. With one team instead of two, that talent level will be even better, and Cubs fans should be excited by what they have lined up.

Leading the way will be manager Carlos Ramirez, who enters his third season as the DSL Cubs manager and sixth season with the organization. He previously coached on this organization for three seasons before finally being promoted to the manager in charge. When you look at the 2019 season, one team had a ton of success, and one team was more in the middle of the pack. With those teams combined in 2021, I am expecting much better play across the board.

Who are the names that fans should be paying attention you may ask? Well, look no further than their top international pick from a season ago in Christian Hernandez. The shortstop and No. 4 organizational Prospect comes with Manny Machado and Alex Rodriguez comparisons and is the real deal. Look for him to move into the top prospect spot within two years. Fellow shortstop and no. 19 prospect Kevin Made is also set to make his professional debut this summer but look for him to see time at second base also.

Coming off a season in which he hit 313 with three homers, 17 RBI's, and 14 steals, Nestor Heredia is hoping for more time on the diamond as he has turned himself into a solid player. The same can be said about second basemen Juan Mora who hit 271 in his own right with six homers and 19 steals, giving the Cubs some much-needed speed.

The No. 11 prospect Reginald Preciado is not listed on the roster now, but he should be added soon. Preciado was the top prospect acquired in the Yu Darvish trade and is hoping to impress Cubs fans this summer. While the infield looks loaded, what about the outfield? Well, you're in luck as they have plenty of names to watch there also.

Coming off a 2019 season that saw him hit a 358 with no homers, 36 RBI's, and 27 steals, No. 14 prospect Yohendrick Pinango is going to be one to watch this summer. Not only does he bring the perfect high-average speed approach you look for in a leadoff hitter, but he also took more walks than strikeouts which is huge. 19-year-old Felix Stevens, who has drawn Jorge Soler comparisons, is another guy to watch, especially when you look at his rookie season. In 61 games, Stevens hit a 280 but led his team with six homers flashing plenty of elite power potential.

Those two are just the start of the outfield, which consists of Josue Fernandez, Orlando Guzman, Christian More, and Jonathan Rodriguez. All of them have a chance to play tons of games and have shown significant progress as players. Look for the No. 2 catcher in the organization in Ronnier Quintero to finally take the field this summer as he is eager to show why he was the top international catcher available.

The one thing that could hold the DSL Cubs back this summer is pitching, as they don't have genuinely elite stuff. Alberto Sojo is coming off an 0-3 season, but his 3.12 ERA gives him the best shot to be the staff's ace as he continued to improve during the season. Luis Venezuela is another arm to build around for their summer season as he pitched to a 3-0 mark with a 3.66 ERA in 11 games.

After those two, the rest of the pitching remains wide open as there are several unproven or rookie names out there. Yohan Crispin and Warmer Fabian are two names who should see some starts on the mound this summer, as well as pitching in relief. Anderson Feliz and Joel Jimenez also bring some experience, although they struggled to get outs in 2019.

The one name that could be an X-factor in the DSL pen is that of Marco Prieto. At 20 going on 21 this summer, Prieto emerged as the top bullpen arm for the DSL Cubs in 2019 and could be trusted in the late innings this year. In 13 summer outings, Prieto posted a 4-0 mark and a microscopic 0.71 ERA in 25 innings. Granted, his command was iffy at times with 16BB and 26K. The fact he posted that type of ERA at such a young age is promising and leads to a bright future.

Expect a lot more coverage on the minor league seasons once they are underway, as things look very bright for Chicago's future.