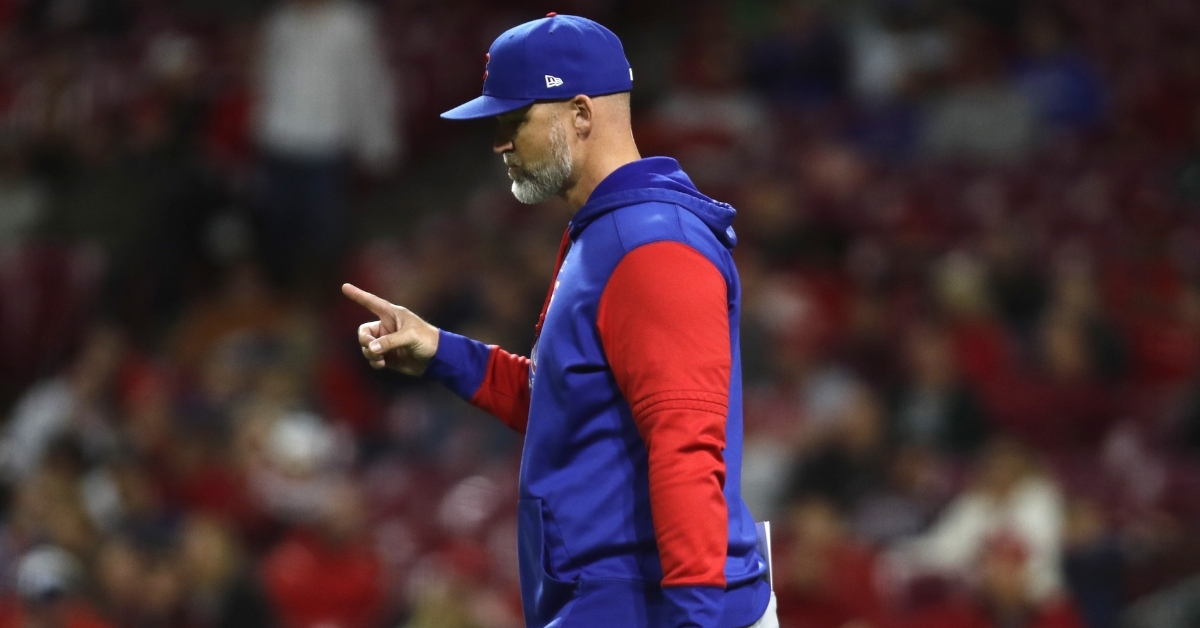 Cincinnati - Who would have thought that the Chicago Cubs would be the hottest team in baseball this late in the season? Well, after a perfect home stand and a seven-game winning streak, that is the position they were in as they traveled to Great American Ballpark to take on the Cincinnati Reds (61-99) for their final series of the season.

In what could be a preview of future aces down the road, you had an excellent pitching matchup between rookies Hayden Wesneski and Hunter Greene. As expected, Wesneski continued to do his thing on the mound, as have the Cubs pitching in general. He struck out six and allowed two runs (1ER) across his six innings to finish the season with a 2.18 ERA. Considering the change this team might go through this offseason, Wesneski has done more than enough to earn a spot in the rotation next season and could be one of the better pitchers.

Despite his great outing, the Cubs ran into Greene, who has been on quite a roll himself. Don't let the 4.44 ERA fool you. Across his last six starts, that ERA is significantly lower as the triple-digit fireballer continues to come into his own as the season winds down. Greene was at his best on Monday as he gave the Reds six innings of two-hit ball to go with eight strikeouts as the Reds put an end to the Cubs season-long winning streak 3-1.

Once again, pitching was not the issue, as the Cubs staff did more than enough to win this game on the mound. The problem was their lifeless offense, which, although they won seven straight, struggled to score runs consistently. Give Greene a ton of credit for how he attacked this team, as he was blowing the heater by them early before going with his offspeed stuff later.

Not only did Greene strike out the side in the first, but through two innings, he had five punchouts as the Cubs were left frustrated at the dish. Yan Gomes ended that with a leadoff double in the second inning, but was unable to score as Greene continued to handcuff this team. Considering who he was against, Cincinnati had to like what they saw, but now it was about scoring runs to back the right-hander.

Those runs came in the bottom of the third as Wesneski faced his first jam of the game. A one-out walk to Jose Barrero started things off before he swiped second base to end up in scoring position. Two batters later saw TJ Friedl bounce one back to Wesneski, who ended up throwing it into right field to plate the game's first run. Had the Reds not scored the rest of the way, that would have been enough, but Cincinnati wanted more.

With two on and two out, Kyle Farmer extended the Reds lead to 2-0 as his ground-rule double to left center worked in the Cubs favor and kept Jonathan India at third instead of scoring. Throughout this winning streak, the Cubs haven't been behind often, but when they have trailed, they always found ways to rally back.

They hoped that time was in the sixth inning when Zach McKinstry reached base on a one-out single ahead of the Esteban Quiroz hit-by-pitch. Unfortunately, the Cubs wasted another golden opportunity as Seiya Suzuki lined out to the shortstop, who ended up turning a double play to end the inning.

It became a battle of the bullpens with Derek Law on to pitch the seventh for the Reds and Michael Rucker for the Cubs. Rucker has looked excellent over the last month as his ERA hovered around the 3.00 mark and went out to strike the side in the seventh. He turned things over to Manny Rodriguez, who continued to struggle as a pair of doubles, including an RBI double by India pushing across another run, while a couple of walks forced him out of the game.

Down to their final three outs, the Cubs had to put something together against Alexis Diaz, who is quickly turning into one of the better closers in the national league. The younger brother of Edwin Diaz, Alexis, may not be as good right now, but the makeup is there.

Diaz didn't make it easy on himself as he walked the first two hitters of the inning the bring the winning run to the plate before the Suzuki flyout gave the Cubs one out. However, Ian Happ was coming to bat, and if his career numbers don't scare the Reds, I don't know what will. This was the perfect guy for the Cubs to have up in this situation, but Diaz got the upper hand as a weird double play ended the game, but saw the shutout end also.