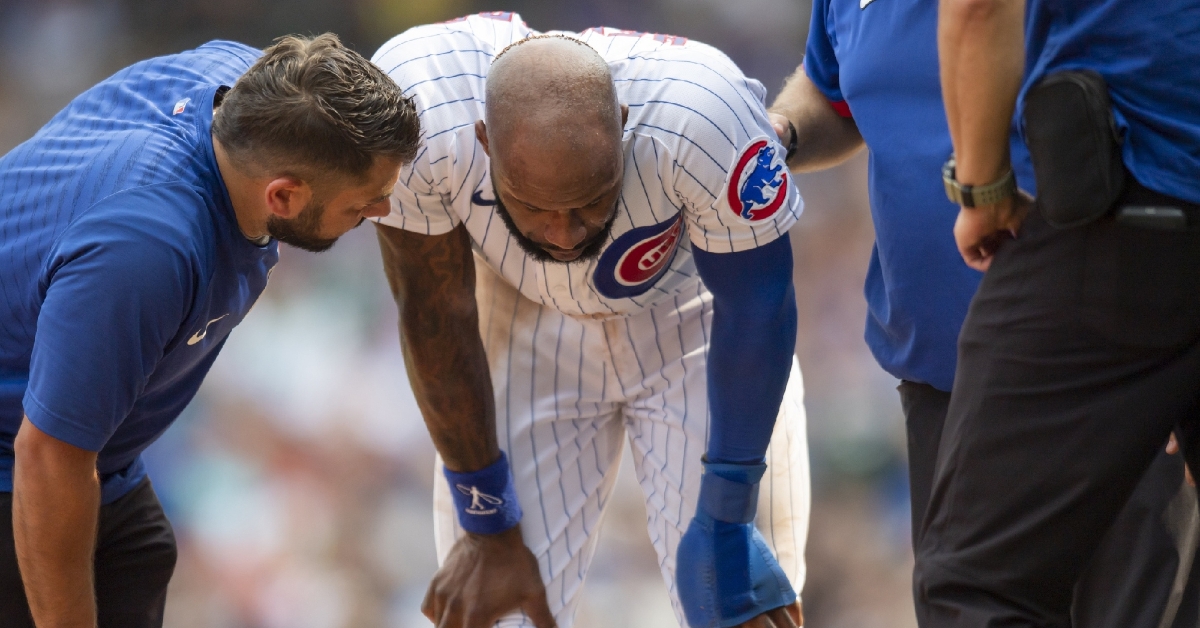 PHILADELPHIA – The Chicago Cubs today placed outfielder Jason Heyward on the seven-day concussion injured list (retroactive to September 12) and selected outfielder Trayce Thompson from Triple-A Iowa. To make room for Thompson on the 40-man roster, outfielder Michael Hermosillo has been transferred to the 60-day injured list.

Thompson will wear uniform number 43 and is available for tonight’s 7:05 p.m. ET game against the Phillies at Citizens Bank Park.

Hermosillo, 26, landed on the 10-day injured list with a left forearm strain on September 8. He hit .194 (7-for-36) with two doubles, three home runs and seven RBI in 16 games for the Cubs this season.

The #Cubs today placed OF Jason Heyward on the seven-day concussion IL (retroactive to 9/12) and selected OF Trayce Thompson from @IowaCubs.

OF Michael Hermosillo has been transferred to the 60-day IL. pic.twitter.com/p20K3gU36V

OF Trayce Thompson has been selected by the Chicago #Cubs.

Here's a look at Thompson's latest stretch:
- 5 HR and 10 RBI in his last five games
- Hitting .300 in his last eight games
- Leading the #IowaCubs in HR and RBI pic.twitter.com/LreTGCn7w3