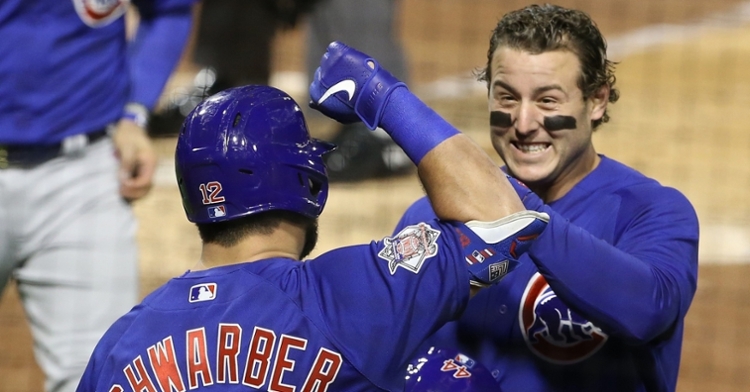 The Cubs are coming off a 2-4 road trip, and quite frankly, they are lucky they didn't go 1-5. That brings their record to 5-7 on the season as they open a nine-game homestand starting with the Atlanta Braves this weekend. Led by reigning NL MVP Freddie Freeman and future MVP Ronald Acuna Jr., the Braves may be 5-8 in their own right, but offensively they have been picking things up as of late.

On the other hand, the Cubs have not been clicking offensively and rank dead last in virtually every offensive category to this point. They need to start hitting the ball to take pressure off the pitchers, or it could be a long season. With several players out due to COVID protocols, the Cubs also see Ryan Tepera and David Ross suspended for their incidents regarding Brandon Woodruff earlier this week. Tepera is appealing his three-game while Ross only has one game to serve.

Ross will serve his suspension today so will be Bench Coach Andy Green running the show as he looks to get things back on track for this team.

Here are the pitching matchups and predictions for the series:

On the mound for the Braves is a familiar face in Drew Smyly. The former Cub was a part of this roster several seasons ago but was never able to see the field due to Tommy John. Since Smyly has bounced around seeing time with both Philadelphia and now Atlanta.

Although his ERA is sitting near six, Smyly has been pleased with how he has thrown the ball his first two times out, averaging one strikeout per inning. The problem for him is that he has allowed three home runs and a 61% hard-hit rate, which is something the Cubs hope can continue. If Smyly is on and that curveball is what he expects it to be, he could give this struggling offense some fits. No one in this lineup has seen him more than five plate appearances.

Opposing him will be Zach Davies, who is looking to rebound from a tough outing at Pittsburgh. Tough is an understatement as the Pirates shredded him for seven runs in less than two innings of work, marking his professional career's worst start. For Davies to be successful against this lineup, he not only has to throw strikes but hit his spots.

That lacked last time out as he didn't have the command he is accustomed to. Given how this Braves offense can score runs when they get going, Davies needs to work the edges and keep the ball down. His first start of the season at Wrigley was a good one, and his career numbers at Wrigley Field are good as he looks to bounce back.

Update: Smyly just was placed on the IL with shoulder inflammation on Friday morning. Kyle Wright will get the start.

Used as a piggyback starter last season, Ynoa is now fully entrenched in the Braves rotation and looks as good as ever. Not only does he continue to impress with a triple-digit heater, but his swing and miss slider has emerged as an absolute put-away pitch.

With Mike Soroka still rehabbing from a torn Achilles last season, Ynoa has a chance to remain in the starting rotation long-term and could stay there the rest of this season. For a team that struggles to hit high velocity, this could be a long afternoon as no one in this lineup has seen Ynoa to this point.

Talk about a difference in two starts for Trevor Williams. After an impressive Chicago Cubs debut against the Brewers, Williams too was roughed up against the Pirates, failing to make it out of the fourth inning. Whether it was over-amped facing his old team or something else, Williams looked like the pitcher of old out there, which is not what Cubs fans want to hear.

I am willing to give him a mulligan for that start as I feel pitching against his former team emotionally got the best of him. Hopefully, he can return to the mound on Saturday and throw the way he did in his first start. Should he do that, you have to like the Cubs chances.

In their first nationally televised game of the season, neither team has announced a starter for that game. Given the off day the Cubs had on Thursday, they could elect to go with Kyle Hendricks, who was scratched from his previous start after feeling ill. Should he still not feel well enough to take the ball, look for Alec Mills to step in once again as he pitched very well against Milwaukee on Saturday.

For the Braves, Josh Tomlin is an option to make the spot start here as Max Fried is currently on the 10-day IL. Unlike Ynoa, Tomlin is a soft tosser who sits around 89 MPH with his heater. The Cubs also have excellent luck against Tomlin going back to his world series days with Cleveland. Former starter and lefty Sean Newcomb is another option for Atlanta as they try to piece together their temporary rotation.

If there were ever a time for the Cubs to break out of their offensive slump, now would be the time. Take away Ynoa, who will be a tough matchup, and the Cubs avoid both Soroka and Fried, which is a win-win in my book. Yes, Smyly has shown signs of being a great pitcher in the past, but the consistency hasn't been there quite yet, and Chicago is looking to capitalize.

I like the Cubs offense to get back on track for this series, even if it only lasts for one series. Chicago gets better pitching in the long run, which helps them take two of three from a Braves team struggling out the gates.