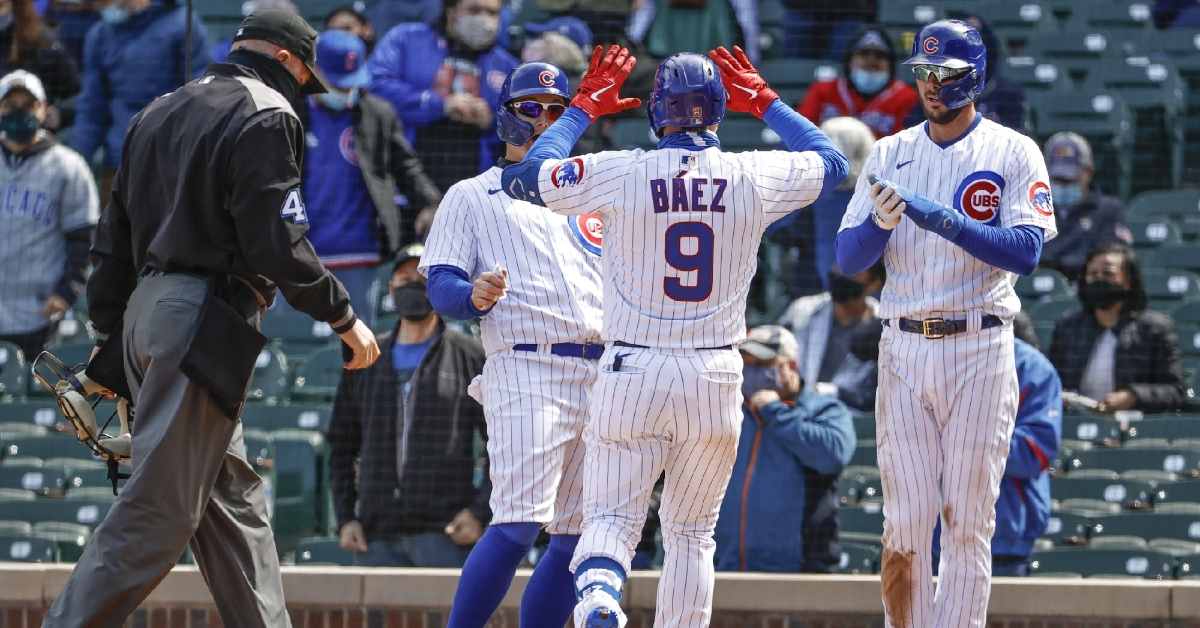 This will be a fun three days at Wrigley Field as the NL West division-leading San Diego Padres come to town to take on the Chicago Cubs. Not only will this series come with some emotion as Yu Darvish and Victor Caratini will return to Chicago for the first time since being traded, but this series will be filled with talented players across the board.

Not to mention, these two teams have posted the best records in the NL during May to go along with the two best bullpens also, and you can see why there is so much excitement. San Diego has primarily been viewed as a World Series contender and are starting to live up to that hype.

The Cubs were considered a team in transition, and if you ask, some, they have overachieved at this stage in the season. The Cubs will get a real test to see where they stack up against one of the best in the National League, and Wrigley Field will be rocking the next three days. Here are the matchups we can expect.

Originally slated to be Joe Musgrove, the Padres had to use him in relief on Sunday after playing in several extra-inning games over the weekend. In his place will be Chris Paddock, who will be making his first career start at Wrigley.

The former top-pitching prospect in the Padres organization, Paddock, has had an up and down season but still has a ton of stuff. In his only other start against this team, Paddock was lights out, holding Chicago scoreless through six innings while striking out nine. Look for a lot of fastballs mixed in with a sharp curve to keep the Cubs bats off balance.

Opposing him was supposed to be Trevor Williams, but he will be out for a while after an emergency Appendectomy. Expect the Cubs to call up Kohl Stewart to take his place or use a bullpen day.

Weathers will be facing the Cubs for the first time in his career and has looked impressive so far this season. In his three starts since returning to the rotation, Weathers may have gone just four innings each time but has been great, posting a 2.25 ERA in that span.

Given that he is a lefty and someone the Cubs are not familiar with, this could be a game where the Cubs offense struggles early as they will look to settle in and avoid the strength of that Padres bullpen. Speaking of someone on a roll, Hendricks is certainly on a roll as he had a terrific month of May.

Not only does he have a three-start winning streak where he has posted a 2.08 ERA with one walk and 17 strikeouts, but over five May starts, Hendricks posted a 2.47 ERA as he is starting to look like his ace self once again. The one thing that has plagued him all season has been the long ball, and if he isn't careful, the Padres will light him up like it is batting practice. Eric Hosmer, Will Myers, and Pham all have at least 10 at-bats off him in their career.

When you talk about the Padres rotation, Blake Snell, Darvish Paddock, Musgrove, and Michael Clevinger come to mind even with Clevinger on the IL. Lost in the mix is Lamet, who may have the best pure stuff on the rotation not named Darvish.

Someone who has gotten better each season as a starter, Lamet is coming off a start where he pitched into the fourth inning for the first time this season, so you must wonder if he is on some restrictions. In his two starts against the Cubs, Lamet has gone 1-1 with a 4.50 ERA, but both of those starts came at Petco Park as this will be his first start at Wrigley.

Another person who has excellent pure stuff is Alzolay, whose breakout season continues. He has been a pleasant surprise this season as he now posts the lowest ERA among the Cubs starting pitchers. Chicago has said they will monitor his innings, but they have let him go deeper into games recently as he is earning the trust of his manager.

Alzolay will look to go deep again, but he must be careful against this potent Padres lineup. As good as Alzolay has been, the home run ball has been an issue, and you can bet that the Padres will be waiting for his mistakes in this one.

This will be a great series, and many wouldn't have said that a month ago. Not only do you have two potent lineups, but you have the two best bullpens over the past month doing battle, as this could come down to whose bullpen performs the best.

The Padres may have the better team on paper, but the Cubs are playing just as well as they are right now and are winning games in a much different style. If Chicago can avoid the back end of the Padres bullpen and limit the big inning, they have a chance to win yet another series. However, given the current injury state of this team, it will be hard for them to overcome the Padres as San Diego takes two of three.