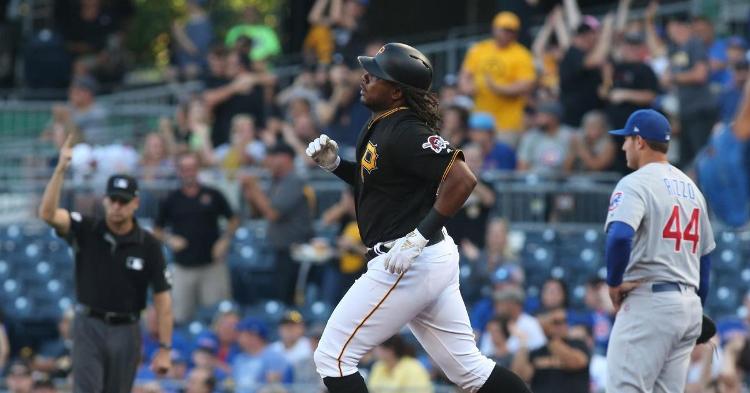 PITTSBURGH — Coming off a losing month of June, in which the Chicago Cubs (45-40) went 14-15, the North Siders were assuredly looking to get off on the right foot at the beginning of July. Instead, they suffered their most embarrassing loss of the season, as the Pittsburgh Pirates (40-43) obliterated the Cubs to open a 4-game series at PNC Park. Giving up a whopping 23 hits, including five home runs, the Cubs were ransacked by the Buccos from start to finish, as the Pirates scored in all but one inning in which they batted. Ultimately, the Cubs lost 18-5 for their most lopsided defeat of the year, as their recent struggles on the road persisted.

Rookie pitcher Adbert Alzolay made his second career start for the Cubs on the night, and he did not fare well at all. Giving up seven runs on 10 hits, Alzolay lasted just 2 2/3 innings before being pulled. The Pirates took an early 4-0 lead by plating four runs in the opening frame, three of which came on a 3-run home run by power-hitting first baseman Josh Bell. Bell went on to hit two more homers over the course of the contest, and the All-Star received a curtain call from the appreciative fans after slugging his third long ball of the evening.

Shortstop Javier Baez came through with one of the few bright spots of the game for the Cubs, as he clubbed an opposite-field solo shot to lead off the top of the second. The 402-foot blast to right-center marked Baez's 21st home run of the season. The Pirates increased their lead in the bottom half of the second, though, via a 2-run dinger from Bell and an RBI double by Colin Moran. Chicago responded a few innings later with three runs in the top of the fourth. Catcher Victor Caratini hit a 2-run single, on which center fielder Albert Almora Jr. was thrown out at third. Two at-bats after that, reliever Brad Brach tallied the first hit and RBI of his career with a base knock up the middle, which resulted in Caratini sliding in and barely beating out a tag at the plate.

Interestingly, the Cubs actually performed fairly well at the dish in the lopsided defeat. With 13 hits and a 4-for-9 showing with runners in scoring position, the Cubs experienced offensive success that was totally overshadowed by their horrific pitching. Speaking of which, Brach essentially nullified his RBI base hit by giving up a pair of 2-out hits in the bottom of the fourth that enabled the Pirates to go up 10-4. The bloodbath poured over into the fifth, with Cubs reliever Rowan Wick getting taken for an RBI double by Corey Dickerson and an RBI single by Moran. Kris Bryant drove home David Bote with an RBI single for the Cubs in the top of the sixth, but the Bucs answered by plating a run in the bottom of the sixth.

Exemplifying the embarrassing nature of the matchup for the Cubbies, Chicago opted to send second baseman Daniel Descalso to the mound to pitch the seventh. Although he outperformed Alzolay, Descalso gave up a 2-run round-tripper to Jung Ho Kang that provided the Cubs with a 10-run deficit. Cubs closer Craig Kimbrel saw action for the second time in a Cubs uniform when he toed the rubber in the eighth. Even Kimbrel struggled in the blowout, as he gave up two homers and could have easily given up three. After Jose Osuna skied a leadoff no-doubter, Adam Frazier hit a double off the top of the center-field wall that nearly went out for a home run. Soon afterward, Bell clobbered his third moonshot on a 2-run tater that culminated in the 18-5 final score.

We get this homestand started with an 18-5 win! pic.twitter.com/AF9jJzW4G4