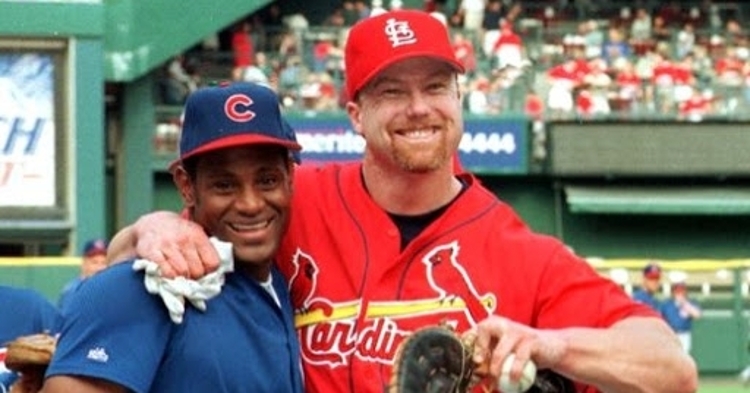 Sosa helped the sport of baseball with the home run chase

After another year of Hall of Fame voting that has kept Barry Bonds, Sammy Sosa, Mark McGwire, Manny Ramirez, Gary Sheffield, Rafael Palmeiro, Alex Rodriguez, and Roger Clemens out of baseball's Hall of Fame. So let's dive into one of baseball's biggest debates: should steroid users be inducted into the Hall of Fame?

It certainly is a complicated question. I do not think there is a clear yes or no to this question.

However, I think it is silly that:

* Three of the nine players to hit 600 home runs

* The record holder for most home runs in a season

* The record holder for most career Cy Young awards

* And finally seven of the 28 players in MLB history with 500 homers are all not in the Hall of Fame.

Not to mention baseball's all-time hit leader Pete Rose is not in the Hall of Fame due to gambling.

As Jeff Passan said, For an organization and museum to exist to tell the story of baseball — not including players like this with numbers and careers like this can not be right.

This does not even go into the proper depths to explain the work that Barry Bonds, Sammy Sosa, and Mark McGwire did specifically from 1999 to 2003 to save baseball. In 1994, baseball went on strike, and attendance and viewership were at record lows. Then, when Sosa, McGwire, and Bonds were on steroids (allegedly in the case of Sosa), fans were flocking to see booming home runs and the epic home run race. All of this drew attention to the game, brought a new generation to the sport, and essentially saved baseball and its business. This, of course, opened doors for the future of baseball to grow into the game we have today.

That alone seems like Hall of Fame-worthy accomplishments, right?

While that answer is a resounding yes, the whole debate is not that easy.

At the time, were these substances illegal yet is another interesting question?

What if these players did not use steroids.

1) Would they have put up Hall of Fame numbers without them?

2) Would baseball be what it is now without them?

How come other players who have used PEDs haven't put up the numbers that these players did? Melky Cabera and Robinson Cano never hit 60 plus home runs in a season.

So…should they be in the Hall of Fame?

My thought is to have a steroid-era wing in the Hall of Fame to commemorate these players' achievements that you cannot tell the story of baseball without. Pete Rose should be in too.