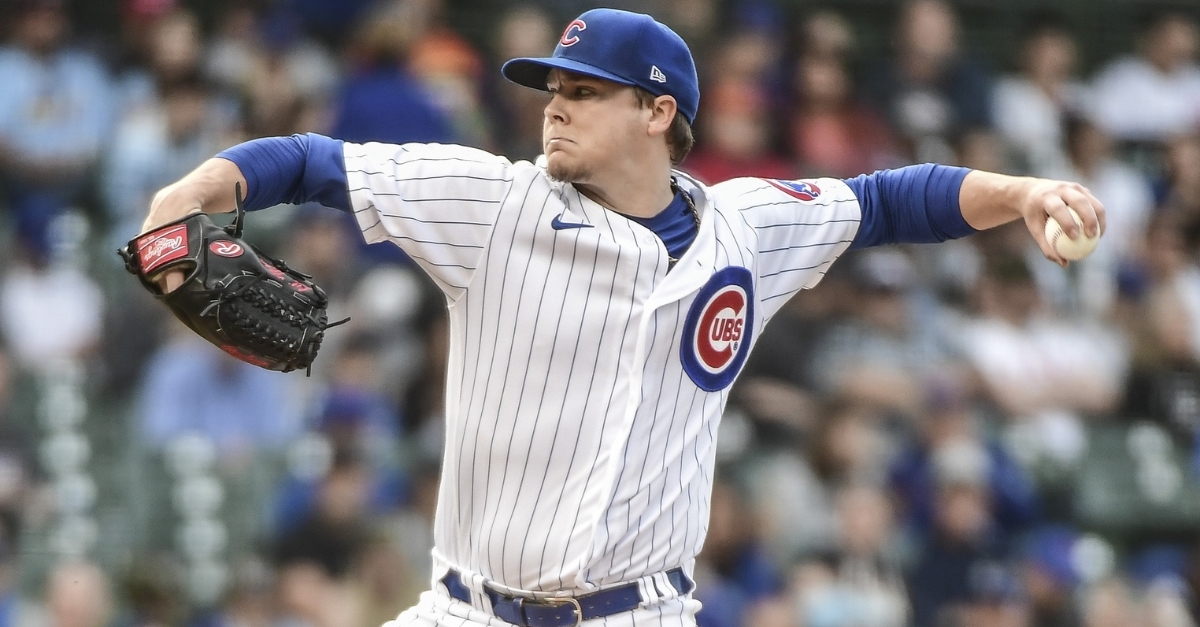 CHICAGO - Although the Chicago Cubs (23-32) capped off their recent homestand with a 4-5 record, you have to like how they played. Not only did they split with the first-place Brewers, but they then went 2-3 against the St. Louis Cardinals (32-23), with the last two games going extra innings.

While the results were not always great in terms of wins, the fact that the Cubs were able to play the division leaders as tough as they did throughout those nine games has to be encouraging for fans as this team continues to display great fight. Looking to give the Cubs an encore from two great Saturday starts was Justin Steele as he opposed Adam Wainwright on the mound.

Despite being nearly 40 years old and nearing the end of his career, Wainwright continues to pitch like an ace as he gave the Cardinals seven strong innings of two-run ball, walking two and striking out none. He did allow some hard contact with nine hits, but his ERA is sitting at 2.73 before handing things off to Genesis Cabrera.

For the Cubs, Steele has shown moments of greatness, but he has also struggled to find consistency. In hopes of being more consistent, Steele had a conversation with the great Jon Lester about some things he could do differently, and it paid off in a big way. Steele managed to go a career-high seven innings, allowing two runs and one earned as he did his part, but the Cubs did fall in extras 5-3.

If a game was decided in the first inning, then the Cubs might be in first place as they rank near the top of baseball in first-inning runs. That continued on Sunday as a one-out walk from Willson Contreras, followed by the Ian Happ double, put two runners in scoring position. Despite Frank Schwindel hitting into a double play, it was off a sacrifice fly as one run came home to score with the Cubs up 1-0.

Not expecting one run to be enough, the Cubs made that lead hold up for quite a while as this was a weird game that didn't have a lot of strikeouts and plenty of baserunners. Unlike stars of the past against Wainwright, the Cubs had plenty of hard contact against him, including a pair of third-inning singles, but could not build off their early lead.

That was until the fourth inning, as a two-out double from Nico Hoerner kept the inning alive before Jason Heyward knocked him home for his third RBI in the last two games to put the Cubs up 2-0. For the most part, Steele was able to limit the Cardinal baserunners through four innings, but did have to work around some fourth inning trouble to keep them off the board.

He then ran into more trouble in the fifth, with Tommy Edman and Paul Goldschmidt delivering two-out singles to keep the inning alive. A costly error on that Goldschmidt hit allowed both runners to move up, which proved costly as Nolan Arenado tied things up with an RBI single. That would be all Steele would allow as he managed to work around some more traffic in his final two innings to give the Cubs a much-needed deep outing.

The same can be said about Wainwright, who served up hard contact for what seemed like every inning. Despite plenty of baserunners, including several innings with multiple baserunners, the Cubs couldn't cash in as it became a battle of the bullpens after the seventh with the game tied 2-2.

Unlike the Cardinals, who went with one pitcher and rode him the rest of the way, the Cubs wanted to save some of their arms and relied on several pitchers. Scott Effross was the first out of the pen and delivered a scoreless eighth to set things up for the Cubs offense.

With Cabrera now on for Wainwright, the Cubs continued their hard-hitting ways as Patrick Wisdom connected for a one-out double and then came around to score off the P.J. Higgins double to give the Cubs a 3-2 lead heading to the ninth.

Rowan Wick was then called on to close things out, but after allowing a leadoff triple to Harrison Bader was in danger of letting this one get away. Wick managed to limit the damage, but still allowed a game-tying Lars Nootbaar single as the Cubs went down in order in the ninth, sending the game to extras.

Daniel Norris worked a scoreless 10th for the north side, but after failing to get anything off Cabrera, it was time to go to the 11th. That is when the Cardinals managed to grab their lone lead, and it came at the worst time, with Juan Yepez picking up an RBI three pitches in to give the Cardinals a 4-3 lead. A few batters later saw Brendon Donovan cash in with an RBI double to extend the lead to 5-3.

In desperate need of runs, the Cubs offense was suddenly quiet at the worst time as Cabrera slammed the door shut in the bottom of the 11th, which led to the series win for the Cardinals and a 5-3 win on Sunday.

Christopher Morel picked up another hit and has now reached base in all 20 games he has played with the Cubs. Wisdom and Hoerner led the way with two hits as every one of the starters, not named Schwindel, had a hit in the game.