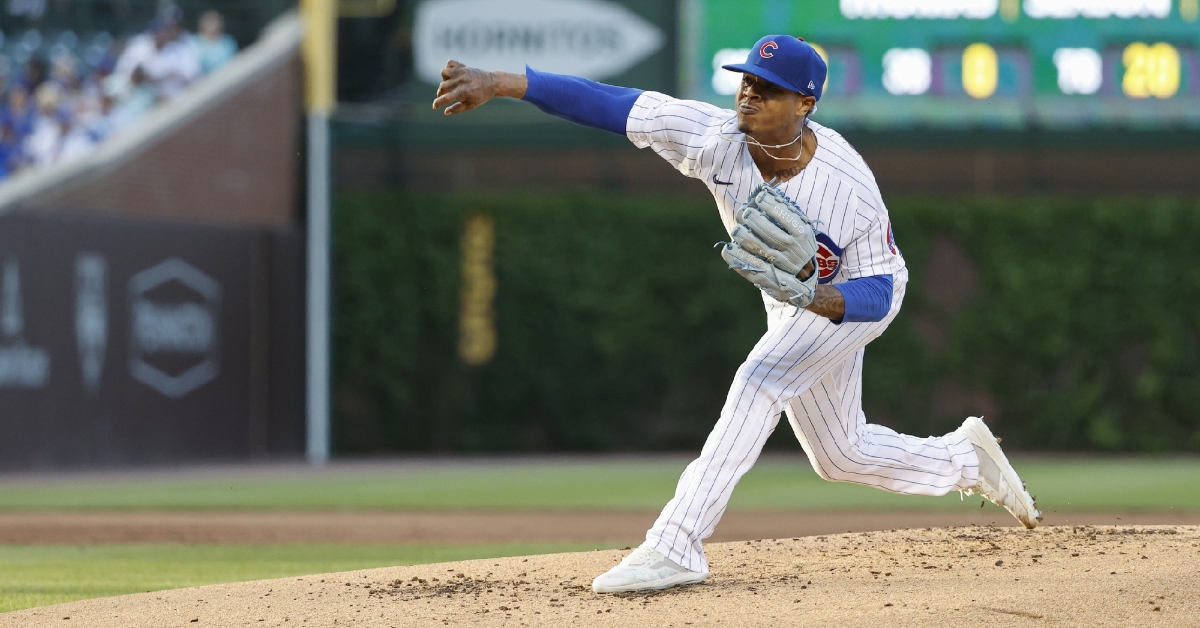 CHICAGO - For the second time in a week, the Arizona Diamondbacks (19-21) took on the Chicago Cubs (15-22), with this series coming at Wrigley Field. In their last series, the Cubs found out firsthand why the Diamondbacks pitching is one of the better staff in the league, but they still managed to take the series 2-1.

Looking for another series win and at the very least looking to get back to their winning ways, the Cubs received some good news as Marcus Stroman was returning to the mound for the first time since early May. Stroman came out firing and was starting to look like the pitcher the Cubs paid for. However, one bad inning did him as he lasted five innings, allowing three runs on five hits to go with six strikeouts.

That was more than enough offense for Zac Gallen as the 26-year-old right-hander has become the ace of the Arizona staff. Despite his command being slightly off, Gallen still went five innings allowing just one run on two hits. His ERA rose above the 1.0 mark, but still sits at 1.14 as he moved to 3-0 on the season following the 3-1 Arizona win.

Before going on the IL, Stroman was starting to come into his own as each start was getting better and better. In the early stages of this one, that trend continued as Stroman dealt, retiring the first six hitters he faced and making it look easy. Unfortunately for him, that trend continued on the other side, also with Gallen matching Stroman and coming away with three of his four strikeouts across those first two innings.

The third inning saw Stroman strike out the side as he appeared to be getting stronger as the game went on. It took nearly three full innings for the game's first hit, with Andrelton Simmons picking up a two-out single. Despite both offenses looking sluggish through three innings, they started to wake up in the fourth as Arizona was on the attack first.

One pitch into the fourth saw Daulton Varsho give the Diamondbacks the lead for good as he took a Stroman pitch way out to dead center for the 1-0 lead. A one-out single by Ketel Marte put another runner on base as he moved up 90 feet on the passed ball. That proved costly with Josh Rojas ripping an RBI single to right as he too advanced to second on a throwing error from Seiya Suzuki.

Once again, that extra base loomed large with David Peralta making things 3-0 with an RBI single as Stroman was not having a good time. Finally, out of the fourth inning, it was time for the Cubs offense to get something done with Willson Contreras leading off with a walk. Standing at second with two outs, Contreras came home as Yan Gomes ripped an RBI double to left to make things 3-1. Not only was that the only run the Cubs would get in that inning, but it would be all they could do offensively despite having multiple chances.

With Gallen starting to labor in the fifth, the Cubs had a fantastic chance to take the lead as a pair of walks and a hit by pitch loaded the bases with two outs. Give Gallen credit. Not only did his confidence not waiver, but he made the pitch he needed to make against Ian Happ and got him to ground out to end the inning.

In what would now become a battle of the bullpens in the sixth, Scott Effross was the first out as he continued to dominate hitters striking out the side. His name should be Effwar, not Effress, as he means business when he comes in. Looking to chip away in their half of the sixth, the Cubs received a bit of luck with Gomes benefitting from a deflected ball that led to a single and throwing error. Chicago was able to put one more runner on base, but as usual, they couldn't get the big hit they needed.

Following the inning of work from Effross, Brandon Hughes was back on the bump as he picked up two more strikeouts in 1 2/3 innings. Of his 10 outs recorded so far, seven are via the strikeout, and he has yet to allow a ball out of the infield. With the heart of their order up one last time in the eighth, Happ smoked one up the middle as another deflection almost led to another hit, but Happ was thrown out at first.

Fortunately for the Cubs, good luck was still on their side as Christian Walker was unable to handle a pop-up at first base, which allowed Suzuki to reach base. If he had been running out of the box, Suzuki would have been on second and then scored on the Frank Schwindel double instead of being stranded at third. Those final two base runners would be all the Cubs would have the rest of the way as Mark Melancon took care of things in the ninth to secure the 3-1 win.