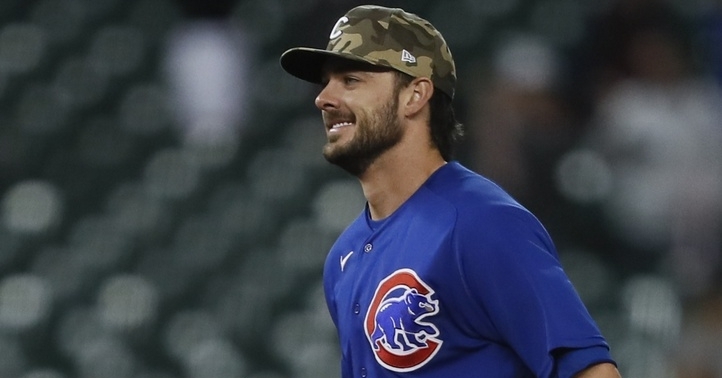 The Cubs are coming off a sweep against the Indians as they headed to Detroit for three games against one of the worst teams in baseball. Good news, the Cubs are getting some reinforcements back as Jake Arrieta, Dan Winkler, and Nico Hoerner all returned from the IL before the first pitch. Arrieta was the most significant piece as he was reinserted back into the starting rotation after missing his last start with a thumb laceration.

It wasn't a typical Arrieta start as he walked one and only struck out one, but his six innings of work provided the Cubs with much-needed length allowing just two runs on four hits in the process. The trio of Ryan Tepera, Andrew Chafin, and Craig Kimbrel locked things down from there, tossing three hitless innings to go with four strikeouts in the Cubs 4-2 win.

Kris Bryant got things started for the Cubs in the top of the third inning, taking a Tarik Skubal pitch and driving it the opposite way for a two-run shot. It was his 10th homer of the season, and in the process, he became the Major League Leader in extra-base hits as his great season continues. The Cubs added to their lead in the top of the fifth with a pair of RBI hits to extend the lead to 4-0.

First, it was Anthony Rizzo staying back on an off-speed pitch and ripping it down the right-field line for a double. Javy Baez followed that up with a broken-bat blooper that landed between three Tiger defenders to stretch the Cubs lead to 4-0. The Tigers cut that deficit in half in the bottom of the sixth off a pair of solo homers by Jay Rogers and Robbie Grossman, but the Cubs made sure things wouldn't get any closer holding off the Tigers 4-2.

After playing relatively short-handed for the better part of the last week, it was nice to have some reinforcements back into the mix. Arrieta returned to the rotation and got back to his winning ways, Bryant's hand looks to be more than ok, and Hoerner found himself back in the lineup only to go 0-4.

The Cubs are still waiting for Ian Happ to return and now must wait for Jake Marisnick and his hamstring to be 100%, but it is great to have some of these pieces back. Baseball is a marathon, not a sprint, and teams will go through their fair share of injuries. It is how you adapt and get through those injuries that separate the winners from the losers.

So far, the Cubs have treaded water well enough to remain around .500 despite their recent stretch of injuries. However, they will need to play better baseball now that some of the pieces are coming together to get back in the division race.

Can we talk about extending Bryant now?

I will admit, I was wrong about Bryant. After posting consecutive subpar years, I was on board for the Cubs to trade him away and try and get the most they could for him. However, at this point, Cubs fans are glad that didn't happen as the MVP form of Bryant is alive and well.

In fact, he may be playing at a better level this season than during his MVP campaign, and that is great to see when you look at the struggles he had recently. With Bryant entering his free-agent season, this is essentially a contract year for him as he looks to prove what he is worth. Both Rizzo and Baez are in contract seasons also, so the Cubs will face some tough decisions this offseason.

Unless these three give the Cubs a home-town discount, there is no way they will be able to extend all three unless one of them takes a one-year deal to free up additional cash. Chicago needs to decide what piece is the most critical piece of building around, and right now, that piece is Bryant.

He has been the best hitter in the lineup all season and often carries the team. Should this continue all season, the Cubs will have seen all they need to in order to make up their mind and stash out the cash.

That's the Kimbrel we remember

Kimbrel is having a phenomenal season thus far as he has gone 7-8 in saves while posting a 0.60 ERA. Not to mention he is back to his excellent command where he is striking out 40% of the hitters he sees, and this is the closer the Cubs paid for. However, despite how good he has been, he hasn't pitched much over the last nine days, and that is because of off days and how games were going.

He finally got back on the hill last night and looked for a more consistent performance than his previous outings. No one will say the last few outings have been poor, but his command has wavered a bit lately, making things a bit uneasy at times. Nevertheless, Kimbrel was lights out last night with a fresh mind and a fresh arm, needing just 12 pitches to get through the ninth inning, with 10 of them being strikes.

He also struck out the side in the ninth on three fastballs that were all sitting in the 97 MPH plus range. One thing that has stood out with Kimbrel this season has been his ability to command that breaking ball. Getting that pitch over as a strike sets up his heater, which has also increased in velocity.

Kimbrel has an option on his contract for next season, which the Cubs would love to exercise. However, if the team becomes a seller, he should be an excellent deadline piece to bring some talent back over.