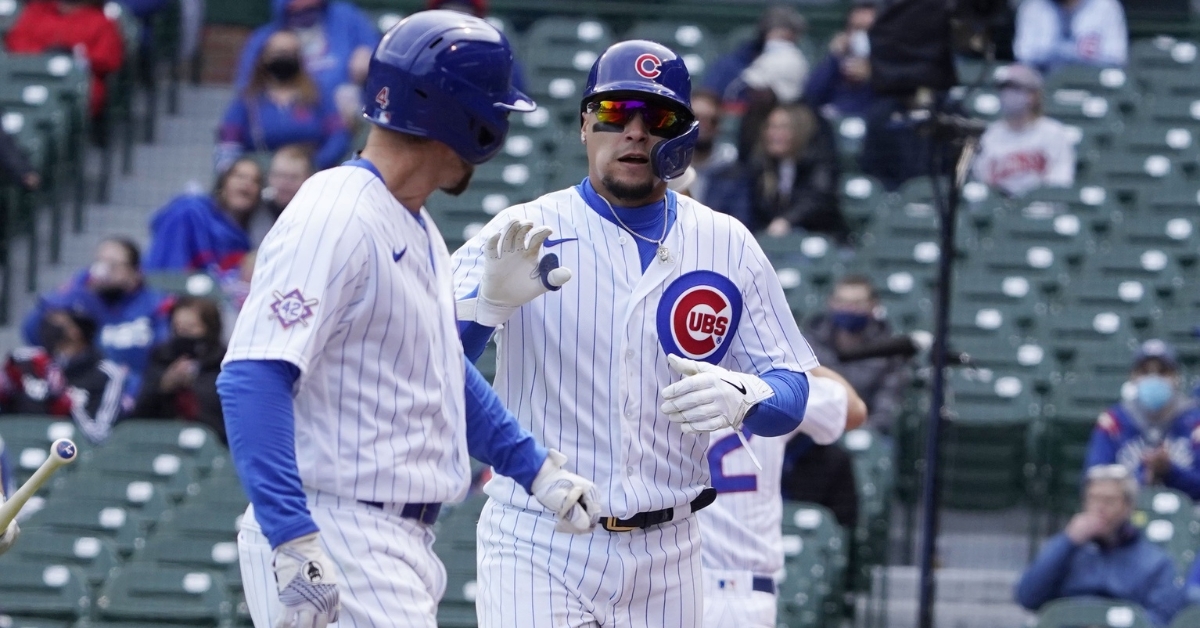 Home sweet, not so sweet home. It doesn't seem to matter who the Cubs face anymore as their offense continues to struggle. After it was announced that the Braves starter Drew Smyly was headed to the IL, Kyle Wright replaced him and was thrown in to make the spot start. Sporting a 5.72 career ERA, this was the perfect chance to get their offense back on track.

Despite putting several runners on base in the early innings as Wright struggled with his command, the Cubs couldn't cash in with Eric Sogard delivering a second-inning sacrifice fly. With Zach Davies on the hill looking for a rebound start, it was more of the same for him on the mound as the Braves managed to rack up his pitch count, chasing him in four innings.

They also made him pay with a three-run fourth inning anchored by the Ronald Acuna Jr two-RBI single to make things 4-1. Willson Contreras added a solo homer in the bottom of the fifth to bring things within 4-2, but that is all the Chicago offense could muster again as they were held to six hits and just two runs in a 5-2 loss falling to 5-8 on the season.

With every passing Davies start, you are going to hear rumblings as to why the Cubs traded Yu Darvish to San Diego for him. The more starts like this, and it is beginning to look like, salary dump or not that it was not a good trade.

Coming off his career-worst outing, Davies was looking for a bounce-back start at Wrigley after pitching very well there in his first start. Instead, he lasted just four innings enduring another crooked number of an inning with Atlanta pushing across three runs in the bottom of the fourth. With the Cubs only scoring two, that was enough for Atlanta to win the game.

Give the Braves credit, as they made the necessary adjustments after Davies pitched very well the first time through the order. They not only worked the pitch count, forcing him to throw more than he wanted, but they did a great job not biting on the changeup, which is his out pitch. This was the concern going into the season for Cubs fans as Davies has never been the pitcher he was last season.

Are pitchers getting in the Cubs heads?

Following four more hit batters on Friday, the Cubs hitters have now been hit 14 times on the young season. That is by far the most in baseball, and it is an alarming statistic. I get that pitchers like to pitch inside, but at some point, you must think baseball will step in as it seems the Cubs are being targeted even if they are not.

Maybe they are crowding the plate, which Willson Contreras and Anthony Rizzo do, but the more they get hit, the more you must wonder if they will back off home plate. You must wonder if all the plunking early in the season is starting to get in the players heads? With the offense going through the struggles they have gone through, getting on base any way possible is a good thing. However, getting hit is not what they have in mind.

Chicago has been very good at taking one for the team so far, but that will change if they continue to get hit. Eventually, you will see some guys move off home plate, which will make them more vulnerable to strikeouts. It seems like the pitchers have gotten in their heads this season, and now the entire roster is pressing with the results showing.

This lineup is pressing, and the evidence is clear. With no one hitting above 250 and runs hard to come by, the Cubs are searching for answers as they continue to force the issue. That is never a good sign this early in the season as the struggles continue to mount.

A big reason for their struggles is how this team was built, as they have the home run or bust mentality that a lot of teams do. The problem is when you are not making contact or hitting home runs, not only are runs hard to come by, but strikeouts will continue to pile up.

The whole analytics launch angle point of baseball has killed the game, and it has destroyed the offense. With pitchers throwing harder than ever before, players should worry about just making contact with a level swing, and the homers will come. A prime example of this is the Acuna Jr RBI single off Davies in the fourth.

Acuna Jr is a 40-40 guy who can change the game with one swing. With runners on second and third and two outs, instead of trying to hit the ball to the moon, he took what Davies gave him and plucked it to right field to bring home a pair. Had that been the Cubs, they would have gone down swinging, stranding the runners.

If they do that, not only will the hits come, but the runs will follow. These players are strong enough where the home runs will come naturally even without the elevated launch angle swing. It's time for the players to swallow their pride at this point, forget about individual stats and start doing what it takes to win ball games.