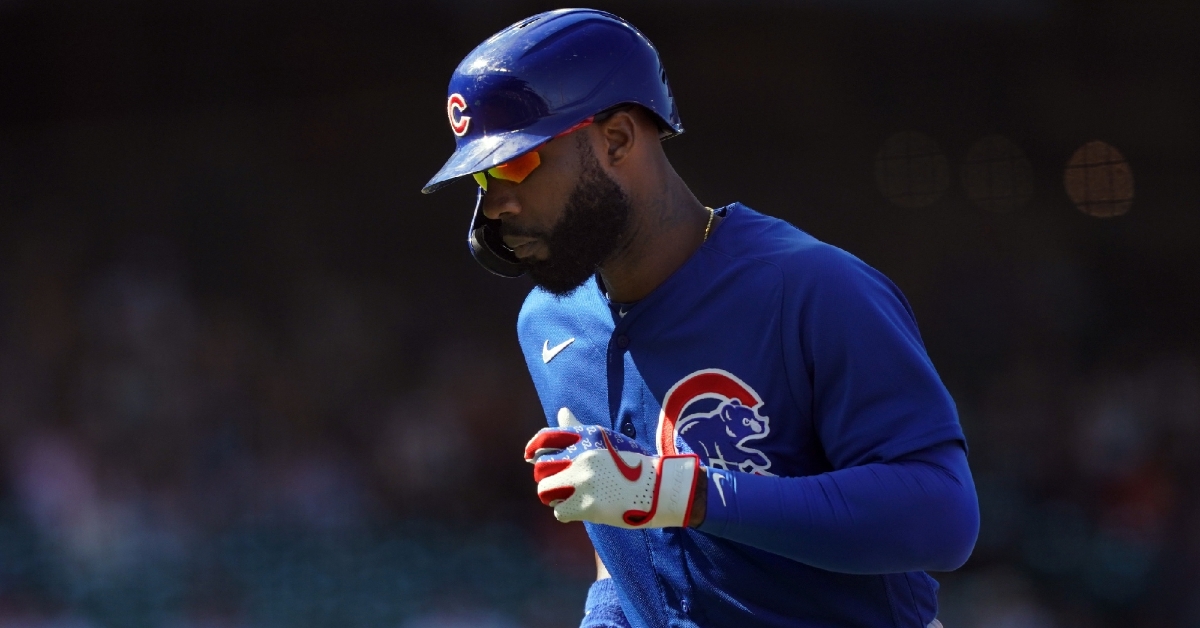 Suddenly, the Cubs look vulnerable as they have dropped the first three games out west to San Francisco Giants. The Giants are the biggest surprise in baseball to this point, posting the best record in the majors and showing no signs of letting up.

After dropping the first two games by scores of 7-2 and 8-5, the Cubs turned to Kohl Stewart on the mound as he continues to fill in for Trevor Williams. For the third consecutive game, the Cubs grabbed an early lead using another long ball to provide the damage. This time, Patrick Wisdom went deep as he connected for his fifth homer of the season, giving Chicago a 2-0 lead.

From that moment on, it was all San Francisco until a furious ninth-inning rally fell short. Down 2-1 after an Alex Dickerson homer in the second, the Giants pushed across two more runs off Stewart in the fourth, with Chadwick Tromp tying things up with an RBI single before Lamont Wade Jr put the Giants in front for good 3-2. A Brandon Crawford fifth-inning double off Dan Winkler not only put the Giants in front 4-2, but it proved to be the game-winning run.

A big reason for that was the performance of Kevin Gausman as he continues to put the National League on notice. Not only did he go seven innings, allowing just those two earned runs, but he struck out 10 hitters all off of his split-finger fastball that was the best it has been all season. At one point, he combined with Jake McGee to retire 18 consecutive Cubs hitters until a ninth-inning error allowed Rafael Ortega to reach ending that streak.

The Giants defense was sloppy all ninth inning long as Mauricio Dubon struggled to grip the baseball and Evan Longoria crashing into Crawford, allowing for a third Cubs run to score. Unfortunately for the Cubs, they couldn't get any closer with Tyler Rodgers recovering nicely to earn the save.

Welcome to the show Cory Abbott

In desperate need of some bullpen help after some short starts this series, the Cubs called up top 15 prospect Abbott to make his big-league debut. The 2019 organizational pitcher of the year was off to a rough start with Iowa this season but has had a track record of excellent minor league success.

A lot of people felt he not only could make his debut in 2020, but had he had a good spring could have contended for the final spot in the rotation. Unfortunately, neither of those predictions came to fruition, but Abbott finally made his debut tonight, recording his first career strikeout in the process.

His command was a little bit of a concern at times, but his velocity seemed to be up a tick also, which was a pleasant surprise. Granted, he only lasted two innings, he showed a lot of potential, and the Cubs are hoping that he can contribute more as the season progresses.

Can the Cubs catch a break?

One thing that goes without knowing about this team's success this season is the number of injuries they have suffered this season. I won't say they are the most injury-riddled team, but if they are not, they are close as they currently have 15 players on the IL, with several of them starters or critical pieces.

Even with so many pieces in and out of the lineup, the Cubs have done a great job winning games as they have capitalized on the depth Jed Hoyer acquired this offseason to make things work. Not only that, but the Cubs are also getting healthier as Jason Heyward was the first of what could be several players returning from the IL in the next week or so.

Or at least they thought they were getting healthier as two more players will need to be watched in the coming days. The first of those players is Joc Pederson, who left the game in the fifth inning due to lower back tightness. That appeared to happen when he leaped for a fly ball, so right now, it isn't clear as to whether it was a precautionary move.

The second potential injury to keep an eye on is Tommy Nance, who appeared to injure himself after just 1/3 of an inning. It happened when he came up to bat as things didn't look right when he was retired. If Nance were indeed injured while hitting, that would make two relievers injured, either running or hitting, with Justin Steele being the other one.

At that point, I think you can safely assume that Ross will never let another reliever hit or run this season unless your name is Keegan Thompson or Alec Mills. Both have starting experience in the past and are no strangers to getting time in the batter's box.

Gausman is a pitcher who has had plenty of potential but always seemed to fail when it came time to put it together. Across his entire MLB career, Gausman has showcased amazing overall stuff but never had the consistency to use that long-term.

Whatever he worked on this offseason worked as he has not only emerged as the ace of the Giants staff, but he quite possibly could be the most overlooked started in the National League. Following another win on Saturday, Gausman improved to 6-0 on the season while posting a sub 1.6 ERA. That is incredible when you get into June, and he shows no signs of letting up.

His heater is back up in the mid-'90s, and the splitter has turned into be a lethal pitch that the Cubs found out about firsthand on Saturday. His performance not only in this start, but all season is certainly noteworthy, and at this point, he should deserve some Cy Young consideration. While Jacob DeGrom, Yu Darvish, and others will get most of the votes, Gausman has been equally as good if not better than most pitchers this season, and that is a big reason why the Giants have the best record in baseball at the current moment.

That's tied for the longest such streak within a season since the mound was lowered in 1969 (excluding openers).