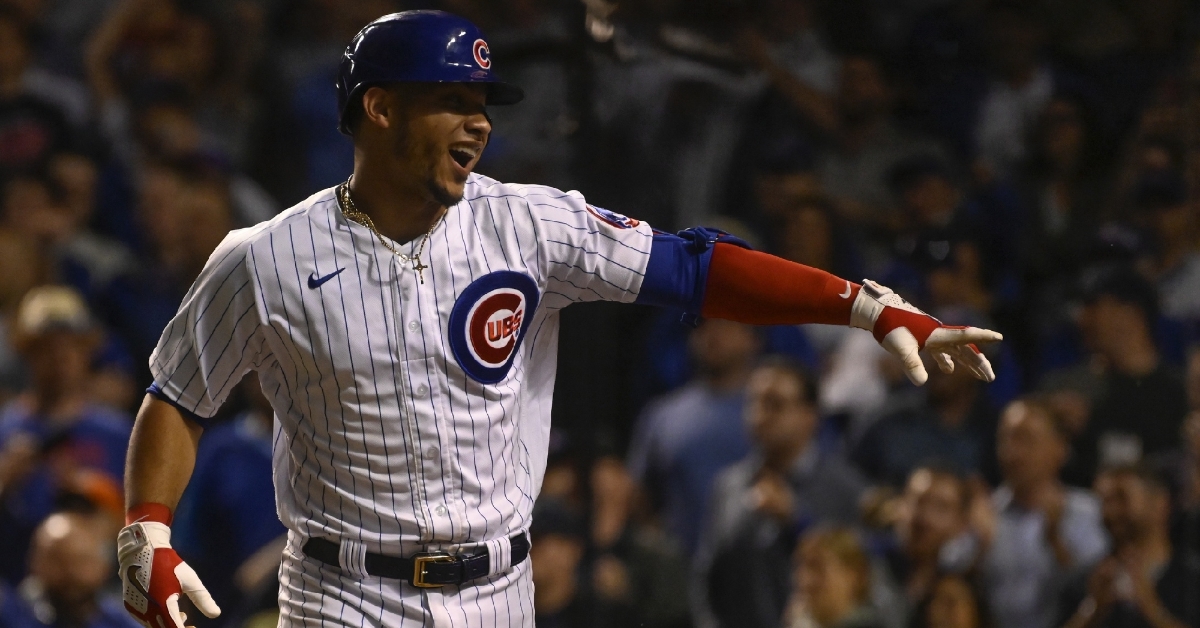 It took long enough, but the Cubs finally had a game where they scored more than three runs. In fact, they scored more than three runs in one inning, pushing across four in the sixth to help pave the way for a 7-1 win and series split with the Indians. The win helps the Cubs pack for a long three-city, 10-game road trip as they will have a chance to leave on a much more positive note.

Kyle Hendricks took the ball, and he continued to do his thing against Eli Morgan. Hendricks was brilliant yet again, tossing six shutout innings and striking out five as he improved to 10-4 with the win. The win also marks his eighth consecutive win as he sets a new record every time out. Morgan was equally impressive early on, as he kept the Cubs in check for five innings allowing only a Kris Bryant fourth-inning homer.

Once he reached the sixth, the wheels began to fall off, and the Cubs made him pay. A double by Sergio Alcantara followed by a pinch-hit Rafael Ortega single set things up for the top of the order, which they did some damage. Joc Pederson brought home a pair with a two-run double, followed by Javy Baez and his ground-rule double. Willson Contreras added a single later as the Cubs took a 1-0 game and turned it into a 5-0 lead before handing it over to their three-headed monster.

Despite Ryan Tepera loading the bases in the eighth, he was able to pitch around that, allowing just one run as that was the first earned that trio has given up in a while. Add in solo shots by Contreras and Patrick Wisdom in the bottom of the eighth, and it all paved the way to the Cubs winning 7-1 to close out the homestand on a positive note.

Across the first three season meetings between these teams, the Indians certainly had the Cubs number winning all three games. Their plan for those wins was simple, get excellent starting pitching and connect for home runs. They did neither of those on Tuesday, and the Cubs finally took advantage of the Indians.

A win doesn't seem like much, but a 2-3 homestand sounds better than 1-4, and it keeps the Cubs in first for a least another day. With a daunting road trip on the horizon where they are sure to see plenty of strong starting pitching, this was a much-needed win. It was a sense of relief to see the offense erupt the way they did, and now they have a happy flight out West where the defending World Series Champion Los Angeles Dodgers will be waiting.

The #Cubs beat the Indians. That will forever sound nice.

Can the Cubs get three more Hendricks?

One of the weak spots on this roster has been their starting rotation. Sure, they have shown signs of improvement as the season has gone on, but they still struggle to give this team consistent length. That is forcing David Ross to use the bullpen more than he would like, even though they have been lights out most of the season.

Ross also sent a message to the front office a few weeks ago that this team does need more starting pitching. Whether that comes from within the organization or making a move is yet to be seen, but he knows they need better efforts across the board from every not-named Hendricks.

With the win last night, Hendricks picked up his 10th victory and won his eighth consecutive start. He is on pace for a new career-high in wins, while a 20-win season isn't out of the possibility. While most of the league focuses on the high-velocity type of pitchers, Hendricks is the exact opposite as he uses location and changing speeds to mess with hitters.

When you watch him pitch, you wouldn't expect the success he gets as a pitcher. The bottom line is, this guy knows how to pitch, and he continues to improve every season. As much as fans would love to see Max Scherzer come aboard at the trade deadline, having three more pitchers like Hendricks would be a great backup plan if they can win and give this team length.

Kyle Hendricks is the first @Cubs pitcher to win 8 straight games since Jake Arrieta in 2015. pic.twitter.com/jDKOJOBxBb

The back end of the Cubs bullpen is impressive

Say what you want about how Jed Hoyer and company built this bullpen, but it is the strength of this team. After a rough first three weeks of the season, the Cubs bullpen dominated in May and continues to pitch well in June, making them one of the best pens in all of baseball.

A big reason for that has been the emergence of several prospects coming up and the back-end trio of Andrew Chafin, Tepera, and Craig Kimbrel. Despite Tepera allowing an earned run last night, it was the first time all month that that trio allowed a run as they were approaching 50 combined innings without an earned run against them.

You have a lefty in Chafin who has had success in the past, but is turning out a career-best year right now, posting a 1.72 ERA. Tepera was on quite a roll up until that run last night, and yet his ERA is barely over a 2.00 sitting at 2.02. Then you have Kimbrel, looking the best he has in years, posting a 0.61 ERA to go with 20 saves in 22 tries.

Ross has it made with these three guys as once the Cubs have the lead heading into the sixth, and he has the plan. The goal is to use these three in consecutive innings to secure the win, so chances are if any of these guys are in the Cubs are in a good spot to win. The resurgence of these pitchers has been the key to the bullpen's success. It allows everyone to have an established role instead of bouncing around roles as they have in the past.