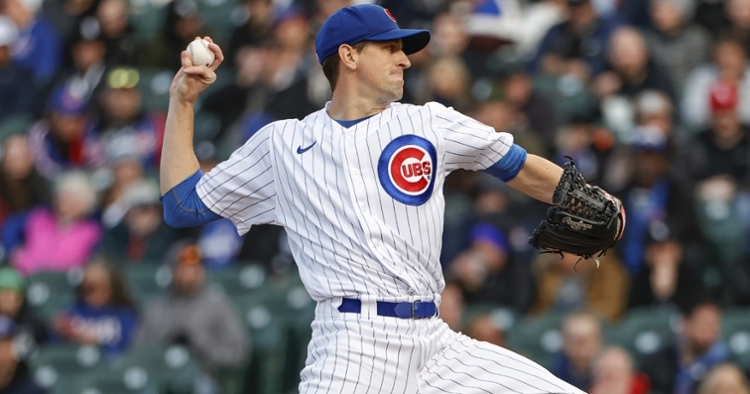 CHICAGO - Leaving players on base, unable to get the job done with runners in scoring position, and a high amount of strikeouts. Sound familiar? That was how the last three years have gone for the Chicago Cubs (9-15), which is why they blew up the team last season to enter another rebuilding mode.

After such a promising start this season, where things were looking up, the Cubs have gone just 3-11 in their last 14 games and are well under .500. To make things worse, this team is starting to resort back to some of their old habits and has shown very little signs of getting out of it.

Looking to salvage at least one game against their crosstown rival, the Chicago White Sox (11-13), the Cubs turned to their ace Kyle Hendricks as he was up against the White Sox ace Lucas Giolitto. Both pitchers struggled with the long ball early as four home runs were hit in the early stages before things quieted down offensively.

For Giolitto, the Cubs are one team he has struggled against, but managed to bounce back after a rough second inning. Despite lasting just 5 2/3 innings, Giolitto surrendered just three hits to go with 10 strikeouts, but did allow three runs. Hendricks matched him in terms of distance going 5 2/3, but after allowing four runs on seven hits, his ERA is approaching 6.00 for the season as the White Sox complete the mini sweep 4-3.

From a historical side of things, May tends to be Hendricks best month which is encouraging when you look at how bad his April was. However, one start into May, and a lot of the problems that plagued him the past few seasons are popping up again as he isn't the same pitcher he was two seasons ago.

Take a look at the first inning, for example. Hendricks was missing his spots, and the White Sox were squaring him up early. Jose Abreu, who entered the game with a .571 average off Hendricks, not only got a cutter in his happy zone, but didn't miss it as his third homer of the season landed in the basket to make things 1-0.

Hendricks did an excellent job bouncing back in the second, but the high contact rate has to be concerning as he is averaging the lowest strikeout percentage of his career while his walk rate is up. Hendricks may have struggled initially, but Giolitto struggled in the second, and the Cubs made sure not to let him off the hook.

With one down, Frank Schwindel had a great at-bat and fouled off several pitches before taking a walk. Four pitches later saw Giolitto miss his spot terribly and grooved Nico Hoerner, a fastball at the knees which he cranked over the left-field fence to make things 2-1 Cubs. Two batters later, it was time for Patrick Wisdom to get in on the fun as he connected for his team-leading fifth homer and pushed the Cubs lead to 3-1.

Across the next two innings, the White Sox battled back, with Leury Garcia going deep in the third and Gavin Sheets taking one the other way in the fourth as the White Sox tied things up 3-3. With the go-ahead run 90 feet away and two outs in the sixth, Hendricks was looking to make one good pitch to get out of the inning and keep the score intact.

He did his part by making a great pitch to AJ Pollock. Unfortunately, Pollock got just enough of it to flare it over the head of Nick Madrigal as the White Sox were once again on top 4-3. That was the end of the line for Hendricks, as Rowan Wick was the first of three relievers to enter the game for the Cubs.

In what was now a battle of the bullpens, the Cubs were looking to cash in off Aaron Bummer in the bottom of the eighth as they had a golden opportunity. Singles by Wisdom and Madrigal led things off as the Cubs had a pair of runners on and no one out. Wisdom went to third on that play as he was 90 feet away and carried with him the tying run. Unfortunately for the Cubs, that was as close as he would get as the next three hitters went down in order, with the offensive woes continuing with it.

Looking to rally in the ninth against Liam Hendricks, the Cubs bats remained quiet as he retired the side in order for the second straight day and sealed the win for the Sox. The Cubs had five hits in the game, all five coming from three players. Wisdom and Madrigal had two hits, with Hoerner collecting the other. The Cubs will have an off day on Thursday before welcoming the Los Angeles Dodgers to town this weekend.