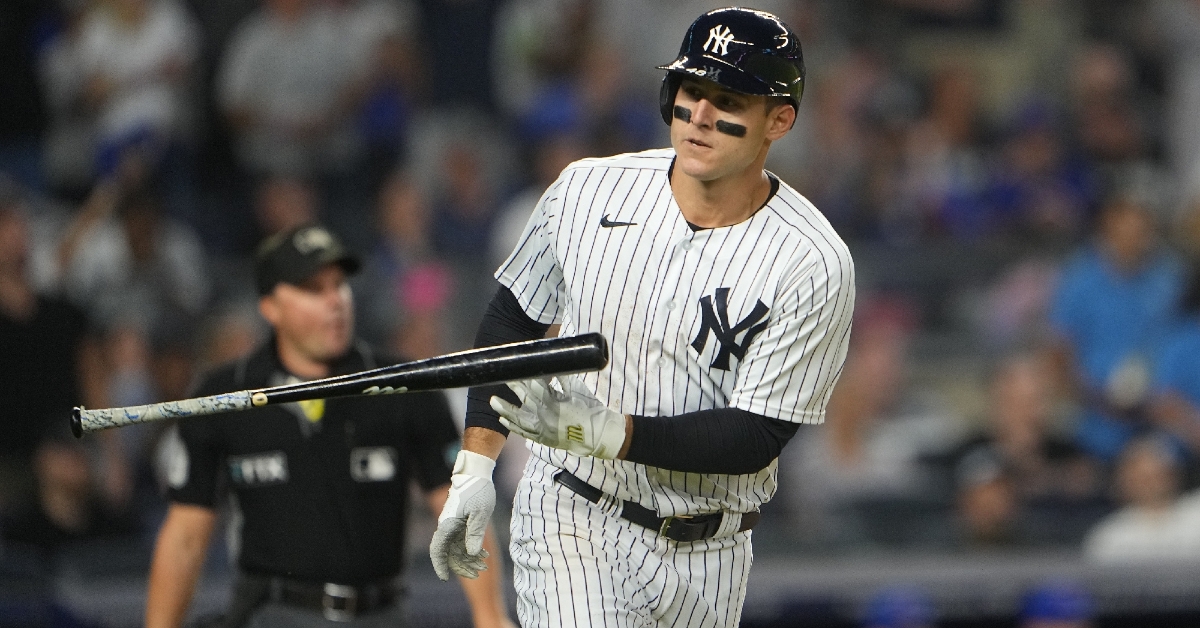 BROOKLYN - There hasn't been much that has gone right for the Chicago Cubs (23-35) this season, but one of the pleasant surprises has been right-hander Matt Swarmer. After getting called up roughly two weeks ago, Swarmer put together two impressive starts against the Milwaukee Brewers and St. Louis Cardinals to net himself a 1.50 ERA.

That followed a trend from his AAA numbers where his ERA was under 2.6, and was starting to look like the ace of the Iowa staff. For as good as he has been, Saturday presented an entirely new challenge as he had to take on the New York Yankees (43-16) at Yankee Stadium.

Known as the Bronx Bombers, the Yankees brought a new meaning to that phrase on Saturday as they jumped on Swarmer early and often by using the long ball. In total, the Yankees took Swarmer deep six times and granted all six were solo shots; six home runs is still six home runs as the Yankees made quick work of the Cubs 8-0.

While Swarmer struggled to keep the ball in the yard, Jordan Montgomery was brilliant on the mound and delivered what might be his best start of the season thus far. Across seven innings of work, Montgomery held the Cubs bats in check allowing just five hits to go with five strikeouts. Most importantly, he didn't allow a single run as he improved to 2-1 and saw his ERA fall to 2.70 on the season.

Swarmer's inability to keep the ball in the yard was a problem early as the AL MVP front runner Aaron Judge led the Yankees half of the first inning off with a leadoff homer for his 23rd of the season. From that moment on, it was all New York as the Cubs offense struggled to get much of anything done while the Bronx Bombers showed the Cubs why and how they got that nickname.

Even with the limited offense, the Cubs had some early chances, especially in the second when Frank Schwindel led the inning off with a single before a fielding error put a pair of runners on. As expected, the Cubs couldn't capitalize on that situation, which is a growing problem for this team. Take away the homer by Judge in the first, and Swarmer settled in nicely the next two innings as he managed to keep the Yankees off-balance much like he did with the Cardinals and Brewers.

That was until the bottom fourth when Giancarlo Stanton and Gleyber Torres connected for back-to-back shots as the Yankees lead grew to 3-0. Things went from bad to worse for Swarmer in the fifth as the Yankees were no longer fooled by his deception on the mound and were starting to tee off in a big way.

Jose Trevino led the fifth off with another solo shot to extend the lead, but that was only the beginning of that inning. Two batters later saw Judge add his second homer of the game as he now has 24 homers on the season. For good measure, former Cub Anthony Rizzo followed that up with the Yankees sixth homer off of Swarmer and third in that inning as they were now in front 6-0 with all the runs coming via the home run.

That was the end of the road for Swarmer as Michael Rucker was called upon to pitch the sixth. Unlike Swarmer, who was victimized by the home run, Rucker was just ambushed by a dominating Yankees offense. Torres led the bottom of the sixth off with a single before a walk to Aaron Hicks put two on and no one out.

Two pitches later saw Isiah Kiner-Falefa push another run home as his RBI single was the first non-home run RBI with the Yankees up 7-0. A Trevino single shortly after had the bases loaded for the Yankees as big-time danger was undoubtedly lurking. Fortunately, Rucker was able to minimize most of that damage allowing a sacrifice fly to Judge to extend the Yankees lead to 8-0, but it could have been far worse than that by the time the inning ended.

Looking too at the very worst, put something across off Montgomery in the seventh. Yan Gomes and Nico Hoerner led things off with singles putting a pair of runners on with no outs for the Cubs. A fly-out and two strikeouts later, neither one could come home as Montgomery capped off his day in dominating fashion.

That was the last excellent scoring opportunity between the two sides as the Yankees bullpen came in and did what they needed to keep the Cubs off the board, winning game two 8-0. Schwindel and Gomes had the hot hand at the plate, collecting four of the five hits while Hoerner added the final one. Christopher Morel suffered a rare 0-3 night and failed to reach base for the first time since joining the Cubs.