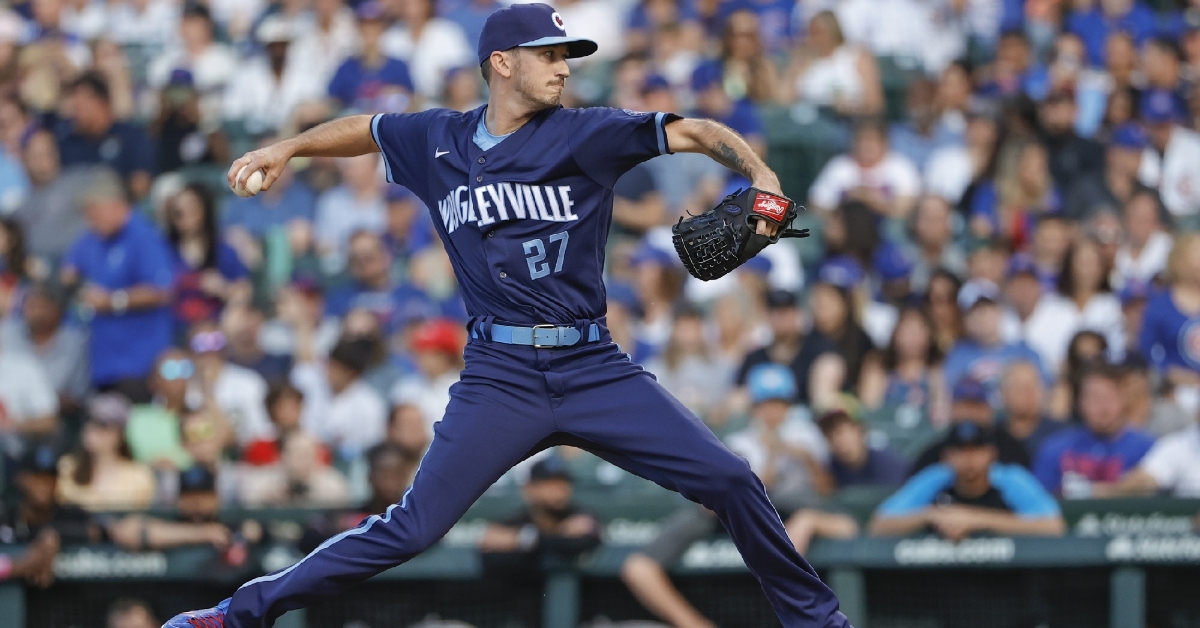 CHICAGO — Blowout losses have been practically nonexistent for the Chicago Cubs (39-31) since the end of April, but the North Siders were on the wrong end of a lopsided Friday night affair at Wrigley Field. The last time the Miami Marlins (30-39) took on the Cubs, they eliminated them from the 2020 postseason. The Cubs failed to enact revenge in the opener of the three-game series at the Friendly Confines, with Zach Davies giving up eight runs and the Fish winning 10-2. Leadoff blasts by Joc Pederson provided the Cubs with both of their runs.

Pederson made a couple of nice catches in left during the top of the first and then went yard in the Cubbies' first plate appearance of the evening, as he drilled a hard-hit liner into the basket atop the wall in right-center. Cody Poteet gave up the dinger and proceeded to walk Kris Bryant. Javy Baez nearly powered out a two-run blast, but the deep drive was caught in the left field well.

Davies was hit in the thigh by a comebacker to lead off the third, resulting in an infield single for Jorge Alfaro. While he was able to remain in the game, Davies struggled proceeded to struggle in the third frame. He walked in a run when a base on balls drawn by Starling Marte forced home Alfaro. Soon afterward, Adam Duvall took Davies deep with a grand slam that carried into the left field bleachers.

Trimming the Cubs' deficit from four runs to three runs, Pederson led off the bottom of the third with another bomb. Scorched out to right-center, the round-tripper traveled 435 feet. With two outs in the frame, Anthony Rizzo hit a ground rule double into the ivy on the wall in right but was left stranded. A semi-successful Marlins challenge in the fourth overturned an out call at first, preventing an inning-ending double play from coming to fruition. The out at second, which the Marlins also challenged, stood. Nevertheless, an ensuing routine grounder concluded the half-inning.

Top 4th – @Marlins challenge call that Jorge Alfaro is out at 2B and that Jon Berti is out at 1b; the call at 2B stands, runner is out and the call at 1B is overturned, the runner is safe. Powered by @Mitel. pic.twitter.com/CPd4Ono9ib

Don Mattingly understandably pulled Poteet with Pederson stepping up to the plate with two outs and a runner on second in the fourth. Pederson failed to record his third long ball of the night, as he flied out instead. Sergio Alcantara and Baez showed out defensively in the fifth. Alcantara made a sliding stop in the 3-4 hole, and Baez made a sliding stop in the 5-6 hole. Both plays ultimately resulted in putouts at first.

In the sixth, Davies picked off Jesus Sanchez at first, with Rizzo applying the tag. A successful Cubs challenge led to Sanchez being called out. However, Davies went on to give up a three-run jack with two outs in the sixth, as Jon Berti belted a home run to left-center. Duvall took Daniel Winkler deep in the seventh for his second homer of the contest. The two-run tater resulted in the eventual final of score of 10-2. Brad Wieck prevented the Marlins from adding to their sizable lead by tossing two scoreless innings to finish out the rout.

Top 6th – @Cubs challenge call that Jesus Sanchez is safe at 1B; call overturned, runner is out. Powered by @Mitel. pic.twitter.com/QwEks8EPK2

Someone get that baseball a tiny suitcase ASAP. pic.twitter.com/ssVwnYlnL5