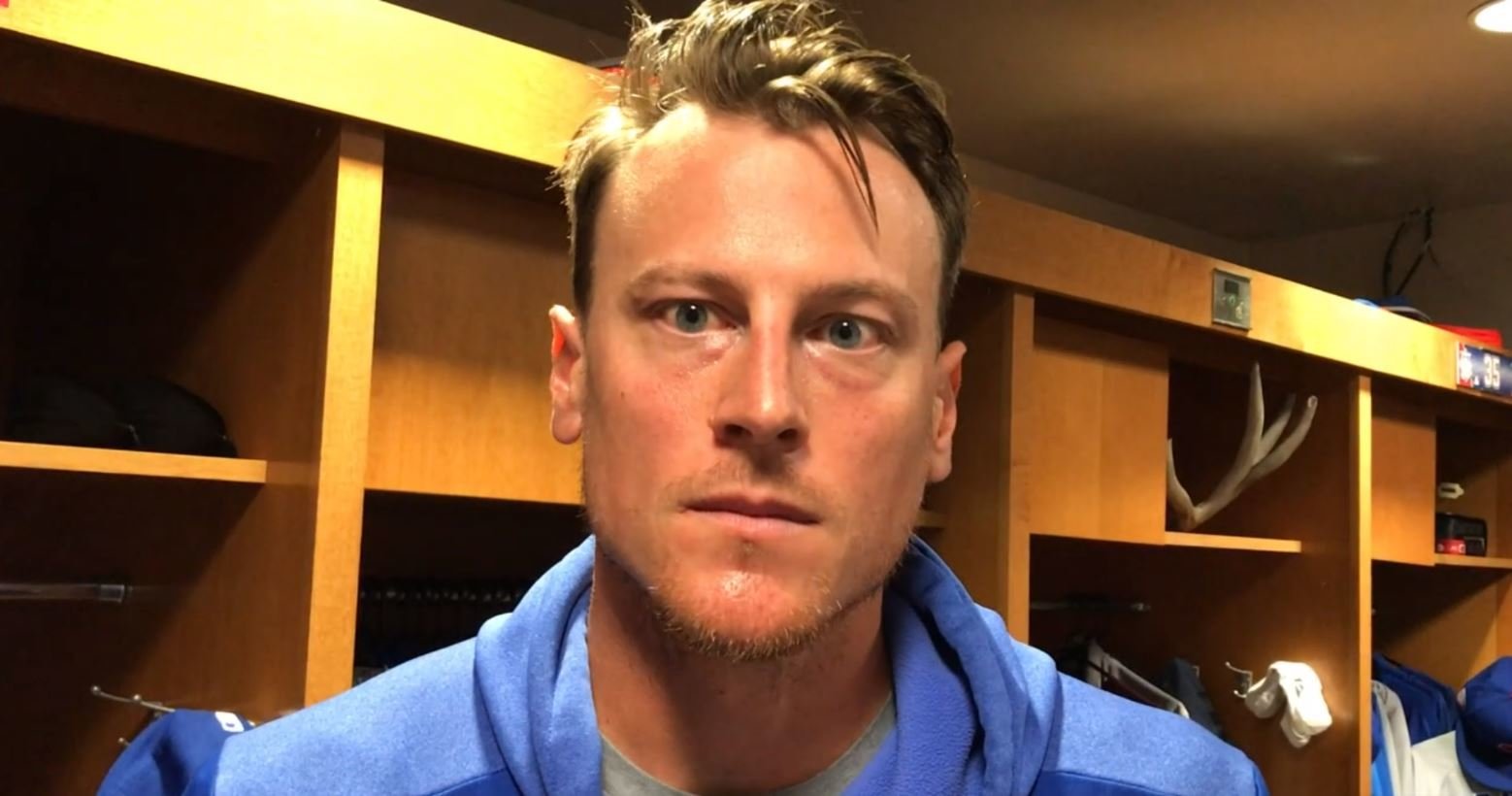 In the wake of the collision between Kris Bryant and Jason Heyward on Sunday, which resulted in both players getting the day off on Monday, the Chicago Cubs called up 34-year-old Jim Adduci from the Triple-A Iowa Cubs for their Memorial Day contest against the Houston Astros at Minute Maid Park. Adduci started in right field and went 0-for-4 with three strikeouts at the plate but was assuredly elated to have the opportunity to make his debut with Chicago.

"As long as you've got a jersey on and you're playing in Triple-A, you've got a chance," Adduci told reporters after being promoted on Monday morning, "and that's proven by today."

A true baseball journeyman, Adduci had a couple of brief stints with the Texas Rangers and the Detroit Tigers, as well as a South Korean club named the Lotte Giants, before signing a minor-league deal with the Cubs this past December. Previously, the Evergreen, Ill., native played in the Cubs' farm system from 2007 to 2012 but never had the chance to suit up for the North Siders.

"I didn't get a chance, but this worked out," Adduci said about finally being able to play for Chicago during his second stint in the Cubs' farm system. "I've been playing well the last couple of weeks, and you never know what can happen."

Adduci's journey is a testament to the benefits of dedication, as his wherewithal in sticking it out in the minor leagues into his mid-30s is admirable. With that being said, Adduci was excited to have the opportunity to step onto an MLB diamond again.

"It's fun to be able to come up here," Adduci said while addressing his call-up to the Cubs. "This is an awesome team with great players, and they're in it to win it. It's exciting for me to be a part of it."