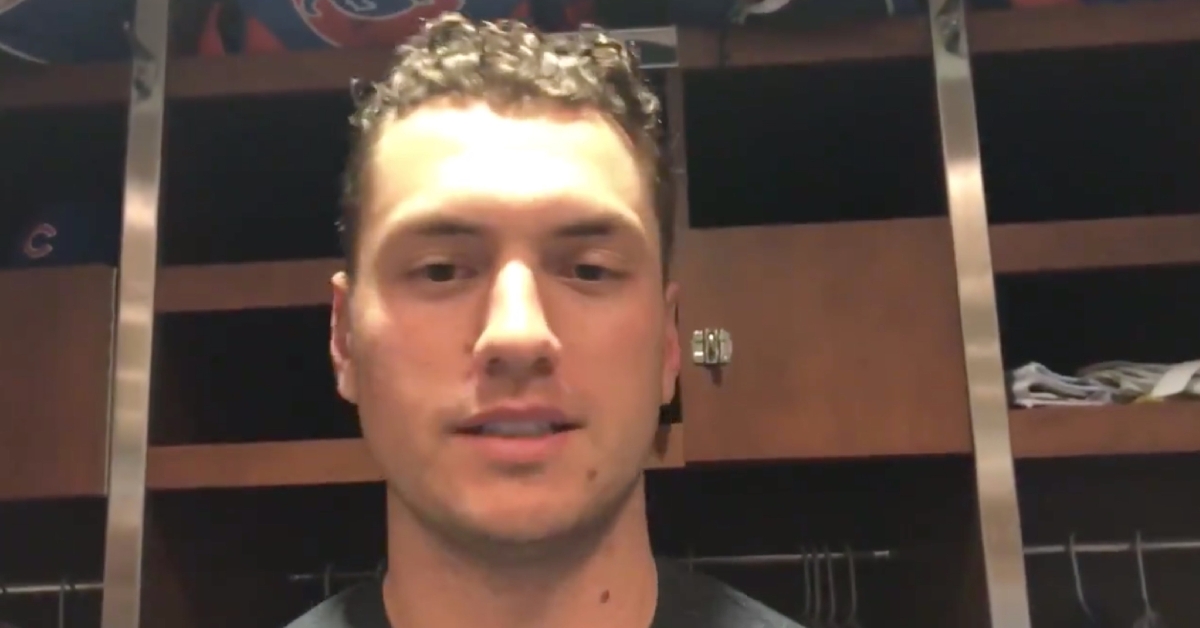 ST. LOUIS — Chicago Cubs center fielder Albert Almora Jr. pulled off two stellar catches after being a late addition to the starting lineup on Friday night. Robbing St. Louis Cardinals catcher Yadier Molina of a hit on two separate occasions, Almora produced perhaps the most impressive defensive play of his career when he reached over the wall at Busch Stadium and snagged what would have been a go-ahead home run for Molina. The Cubs went on to defeat the Cardinals 8-2.

Unfortunately for Almora, he was eventually forced to leave the game after suffering an apparent injury to his right leg during his sixth-inning at-bat. Almora reached base but was replaced by a pinch runner soon afterward. Following the game, Almora told reporters that he considered the homer-robbing grab to be the best defensive feat of his big-league career and revealed that cramping caused him to hobble around in the sixth inning. Telling the press that he had cramped up off and on in pregame warmups and cramped up again in the top of the sixth, Almora assuaged any fears regarding his ailment.

Almora on his HR-robbing catch: “That’s No. 1 for me” pic.twitter.com/rQ5mPJ48Hc