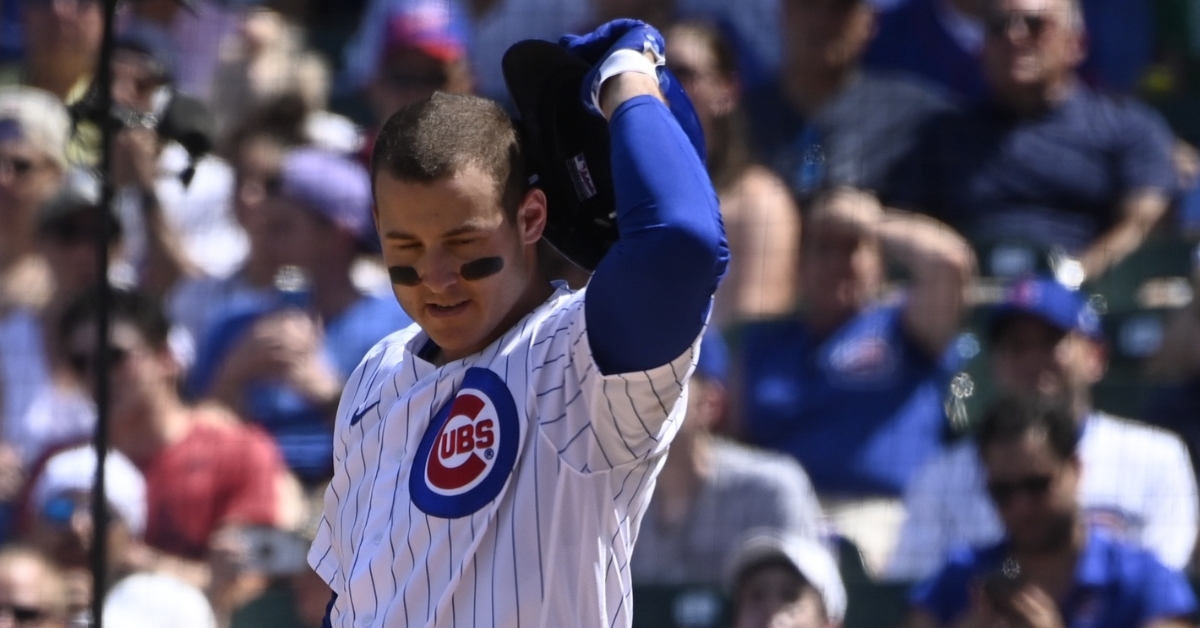 Anthony Rizzo's recurring back issue flared up on Sunday, resulting in Rizzo being pulled in the fourth inning. (Credit: Matt Marton-USA TODAY Sports)

LOS ANGELES — Chicago Cubs first baseman Anthony Rizzo's recurring back issue reared its ugly head on Sunday, causing Rizzo to be removed from the game. Rizzo was pulled prior to the bottom of the fourth, and the Cubs later announced it was due to left lower back tightness.

Patrick Wisdom replaced Rizzo in the field, moving from third base to first base, and Eric Sogard relocated from second base and took over for Wisdom at third base. Sergio Alcantara entered the contest to man second base for the Cubs, filling Rizzo's spot in the batting order. Rizzo was pulled with the Cubs trailing 6-1 at Dodger Stadium.

There is no word on what exactly caused Rizzo's back ailment to flare up, but he did ground out in the top of the fourth. Last month, Rizzo, who has a history of experiencing back issues, missed six consecutive games because of lower back tightness. He finished Sunday's outing 0-for-2 with one strikeout at the plate.