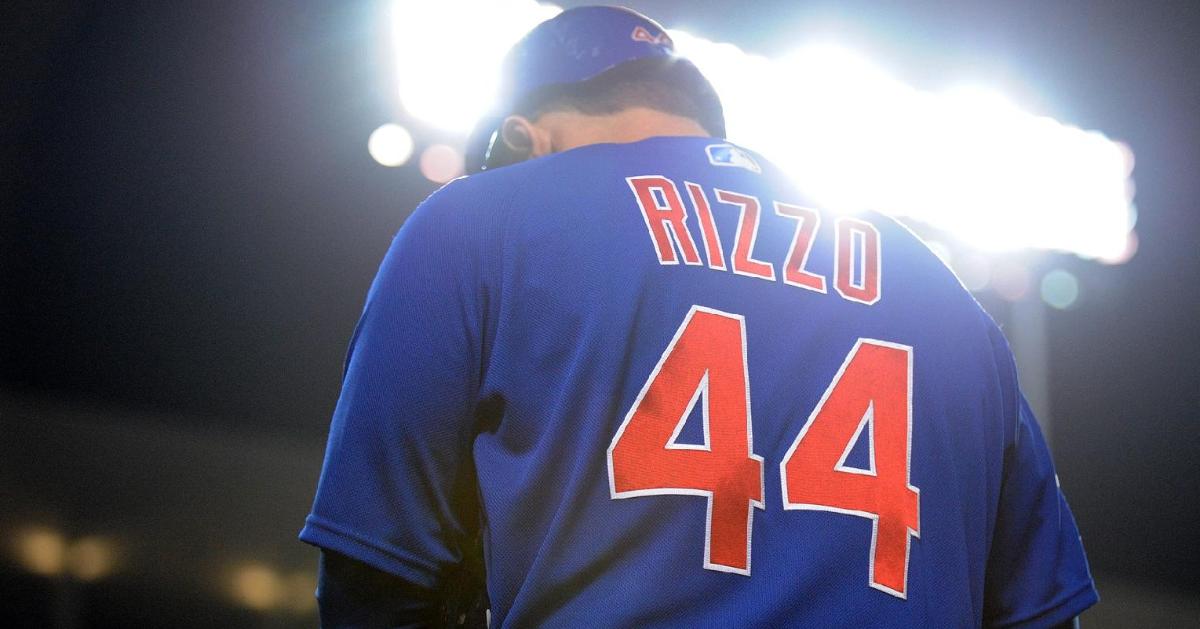 PITTSBURGH – One of many injury issues faced by the Chicago Cubs, Anthony Rizzo has been dealing with lower back tightness since exiting a game on May 18 after tweaking his back running out of the batter's box. Rizzo missed just one contest before returning to action but still has not shaken off the lingering side effects.

"He woke up this morning just a little stiff," manager David Ross told the media on Wednesday. "He tried to work it out, but I didn't want to push it."

Rizzo is not in the starting lineup of Wednesday's game at PNC Park between the Cubs and Pittsburgh Pirates after waking up with back stiffness. Ross is choosing to play it safe with his star first baseman, which is especially wise because of the slew of injuries the Cubs have been plagued with in recent weeks.

"I don't want to push it," Ross said. "He'll be available to pinch hit, but I'm trying to not have him on his feet, and there's a quick turnaround with the day game tomorrow."

Instead of Rizzo starting at first base, Kris Bryant will get the nod as the starting first baseman and bat second. Bryant has fared well at first as of late, with the third-baseman-by-trade playing a variety of different defensive positions throughout the season thus far.