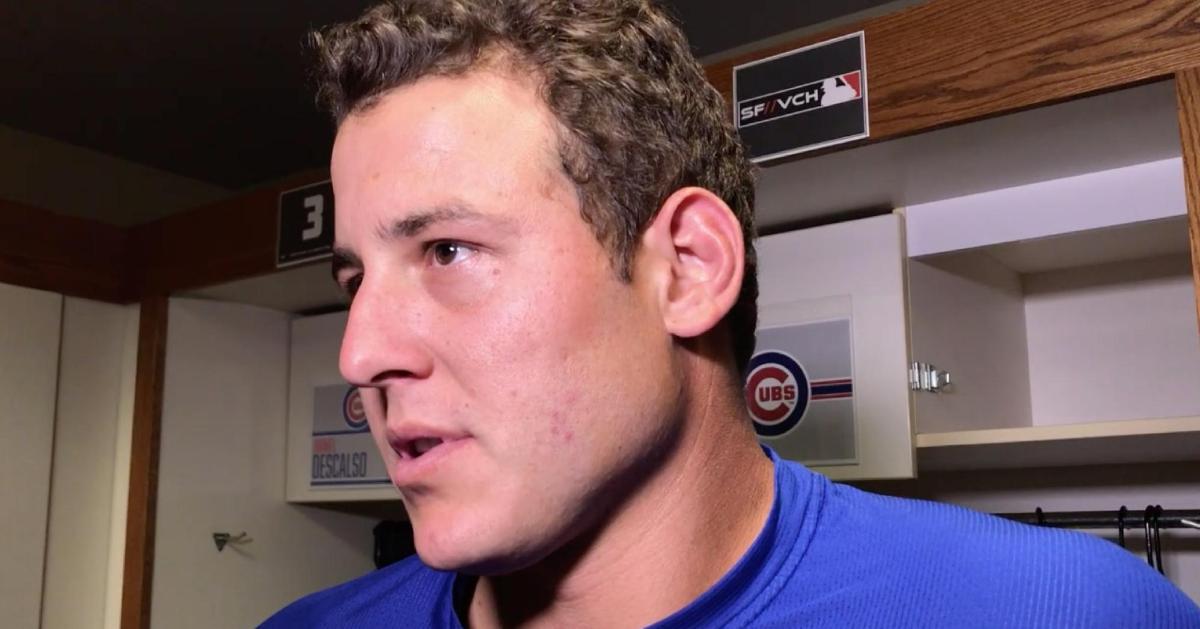 Following Wednesday's game, Anthony Rizzo was still in a sour mood over his fifth-inning ejection.

SAN FRANCISCO — Following the Chicago Cubs' 4-1 victory at Oracle Field over the San Francisco Giants on Wednesday, Cubs first baseman Anthony Rizzo was not exactly in the winning spirit. Following the top of the fifth inning, Rizzo was ejected by home-plate umpire Jordan Baker due to Rizzo's reaction to a strikeout, and Rizzo was peeved when talking about it postgame.

Although the strikeout in question was of the swinging variety, Rizzo was irked by a questionable called strike, which could have resulted in ball four, that took place before he whiffed at strike three. Evidently, Rizzo let Baker hear about it between innings, and Baker sent Rizzo to the showers as a result. While discussing the incident with the media in the locker room, Rizzo was visibly agitated and let it be known that he felt that the ejection was totally unnecessary.

Rizzo also discussed the demotion of Cubs second baseman Addison Russell, who was sent down to Triple-A earlier in the day. Russell has struggled in every facet of his game out of the All-Star break, and Rizzo acknowledged that and essentially implied that a stint in the minors would do Russell some good by helping him get back to playing the caliber of baseball that he is expected to play.

Anthony Rizzo, on Addison Russell's demotion: "You want him to play well. And when you don't play well up here, it gets magnified. Hopefully, he gets to go down, and reset, and get back to playing baseball like he's capable of."