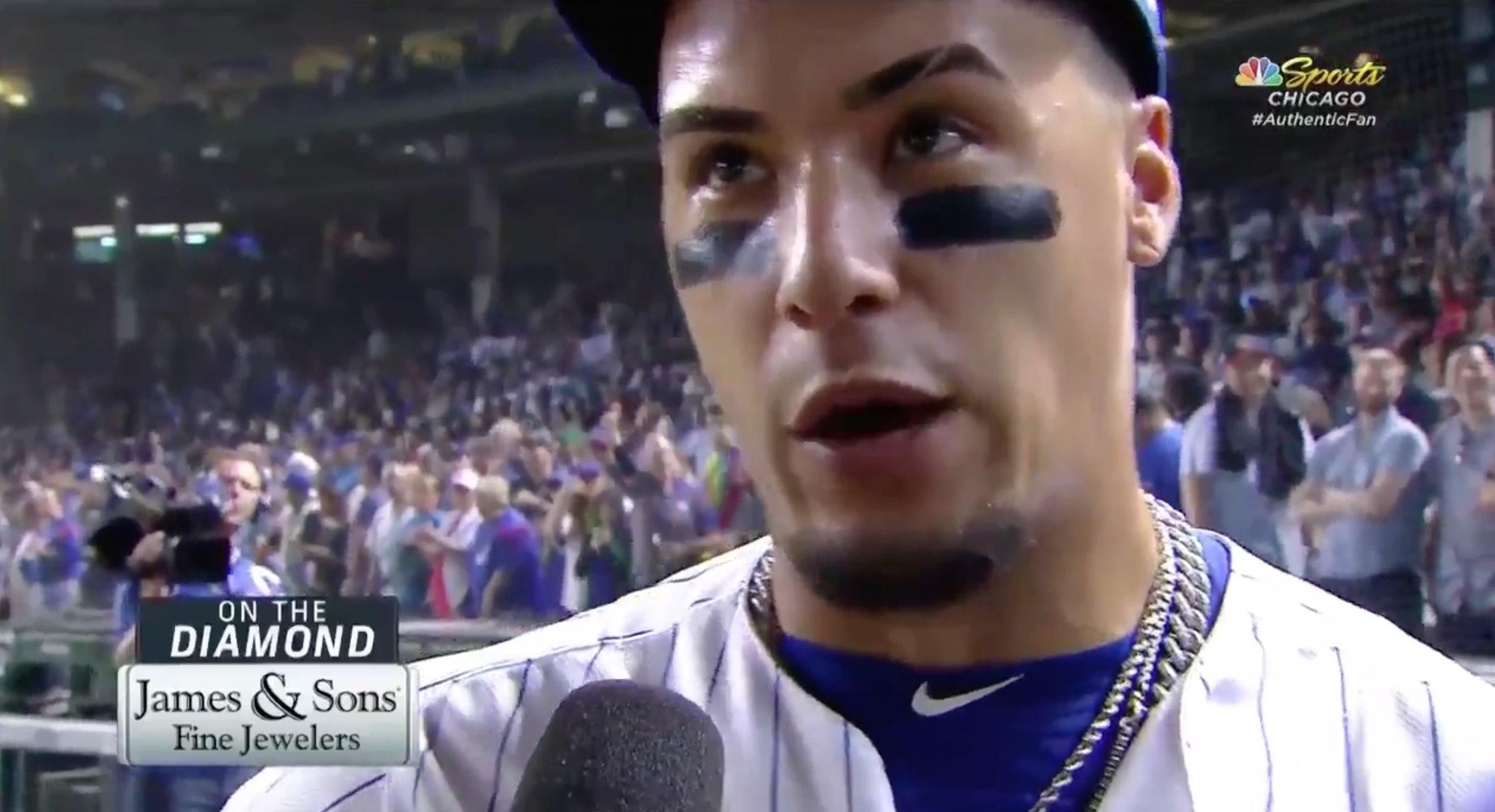 Javier Baez did a little bit of everything in the Cubs' 6-3 win over the Rockies. (Credit: Brad Mills-USA TODAY Sports)

Chicago Cubs shortstop Javier Baez led his team to victory against the Colorado Rockies on Tuesday night. Going 3-for-4 with two runs scored and two RBI, Baez showed out at the plate, particularly when he drilled a rainmaker in the sixth inning. The towering 2-run homer sailed 440 feet over the center-field wall at Wrigley Field, putting the Cubs up 5-2.

"I enjoyed it," Baez said when asked by NBC Sports Chicago's Kelly Crull about the home run. "I was looking forward to hitting a ball like that with the wind blowing out here in Chicago."

The Cubs went on to win the contest 6-3, and Baez's two RBI tallied via the impressive dinger were critical. Cubs left fielder Kyle Schwarber hit a beastly home run himself in the previous inning, when he skied a 467-foot blast. Baez and Schwarber both patted themselves on the upper back and shoulder while rounding the bases, which Baez revealed to be a symbolic gesture that represents carrying the team.

Baez's other noteworthy offensive play on the night came when he slid headfirst into first base during the bottom of the eighth for an infield single. Although Baez was able to remain in the game, he did appear to wince in pain after going all out on the risky play. While discussing the play in question in his postgame interview, Baez stated that the wincing had nothing to do with his recent heel injury but instead was the result of minor whiplash.

"The contact messed up my neck a little bit, but I'm good," Baez said. "I've got a little headache, but I know I'm good." 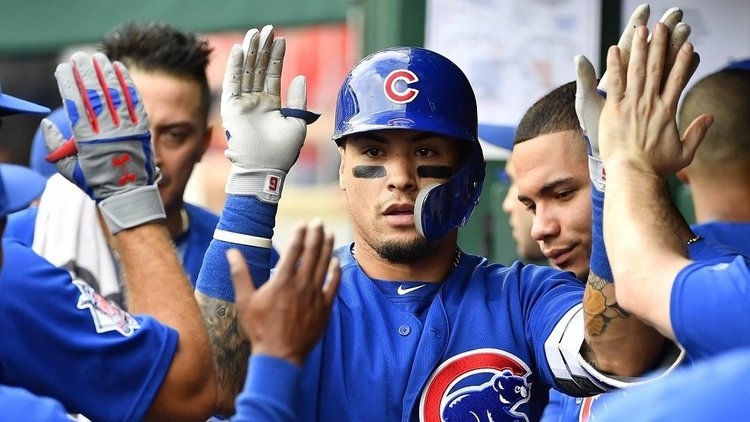 Javier Baez did a little bit of everything in the Cubs' 6-3 win over the Rockies. (Credit: Brad Mills-USA TODAY Sports)"

Baez finished off the Rockies by fielding two hard-hit grounders and making a couple of superb throws across the diamond in the top of the ninth. After doing a little bit of everything in the win, Baez received high praise from teammate Carlos Gonzalez, who started in right field against his former team on the evening.

Speaking on Baez after the game, Gonzalez said, "He's just the most exciting player in baseball."

After a massive home run... we had to catch up with Javy Baez. Check out @Kelly_Crull's On the Diamond interview, presented by @JandSJewelers pic.twitter.com/bJcPU9DgEH